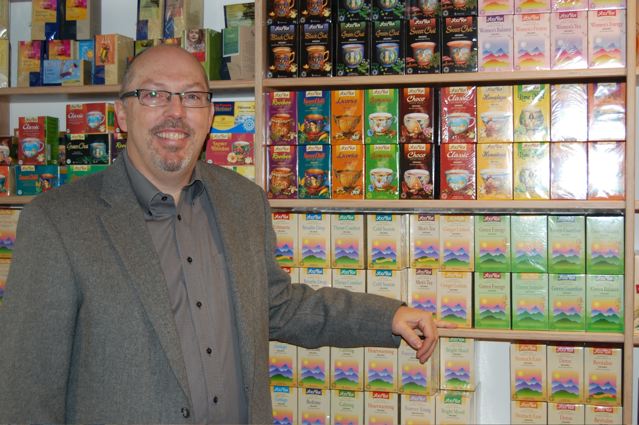 At the beginning of 2009 Yogi Tea’s European chief executive, Keith Bearden, told The Grocer about the brand’s big ambitions for the UK tea market.

“There are a raft of minor players, but as a global brand that’s part of a $120m company, we’re more ready than most to step up and make an impact,” he told the grocery trade weekly, adding the first phase of its push in the sector would be supported by “£1 million of in-store activity”.

It’s nearly a year on when I meet Bearden at the BBC Good Food Show in November, and it seems some of that impact is already being seen. “We’ve had a really strong second half of the year and that’s helped us achieve overall growth this year — so I’m pleased with our performance. It’s been a challenging year for everyone, and the natural food sector itself isn’t showing growth — so our task has been to grow ahead of the category.”

Yogi Teas was 40 years old last year, the brand’s origins stretching back to southern California in 1969 where followers of Yogi Bhajan began creating a specially spiced tea from a recipe containing five Ayurvedic spices. Today, still inspired by the holistic teachings of Ayurveda and principles of healthy living, Yogi is a global brand with nearly 60 tea blends.

Bearden says the brand’s success is rooted in its authenticity. “Yogi has an incredibly rich heritage which is understood and valued by both consumers and retailers — particularly in a country like the UK. Even in a complex and crowded market consumers understand that our teas and our brand are different.”

Authenticity was the key test for Yogi Tea’s biggest product launch in five years — its Tao Teas range, based on the five elements of Taoism ‘Earth, Wood, Metal, Water and Fire’. The Tao Teas range represents a significant departure from from Yogi’s Ayurvedic origins, but Bearden says the company saw many similarities between the two ancient wisdoms.

“Even so, we did lots of research and consumer group interviews before we launched. We wanted to be sure the new products were authentic and believable, and fitted with the Yogi brand.”

The feedback was overwhelmingly positive, echoed now by strong sales. Comments Bearden: “The Tao Teas have been amazingly well received, contributing 40% of the sales growth we’ve seen this year. Tao Rose is already in our 15 top sellers. I think a lot of the appeal is in the uniqueness of the flavours — they’re wonderfully complex.

Great taste, says Bearden, is one of the key factors behind Yogi’s success and longevity. “Our teas absolutely have to taste great. And great taste is one of the two factors in Yogi dual function teas — the other, of course, being their purposeful formulation. Right from the beginning, the functional properties of the teas have been central to what marks Yogi Teas out as different. It’s summed up in our tag line — balance for body, mind and spirit. We tread lightly when it comes to claims, but we strongly believe it’s in or brand DNA that our teas have something more than just a great taste.

“Our teas absolutely have to taste great. And great taste is one of the two factors in Yogi dual function teas — the other, of course, being their purposeful formulation”

Bearden is keen to emphasise Yogi’s commitment to organic. “We’ve always been 100% organic, and wherever possible we source from controlled, sustainable environments. That commitment is born partly out of a philosophical tradition — of working with nature. But organic ingredients add so much to the taste profile too.”

As part of that commitment Yogi gets all its ingredients certified in the UK. “We get certified in every market we’re active in — we believe that adds value to the product.”

Variety — still the spice of life

Another recent successful launch for Yogi has been its variety packs. Comment Bearden: “We wanted to find some different ways of presenting our teas, so we developed a number of variety selections. Some, like the Christmas Pack — which contains 24 tea bags, two of each of the 12 mot popular Yogi teas — are aimed at particular occasions. But others, like the Fit 4 The Day Selection, are designed to show people how to use our teas by creating a daily health programme. Fit 4 The Day pack includes an inset with yoga exercises, together with the four types of tea, selected to suit, morning, lunch, afternoon and bedtime drinking occasions.”

UK gets the taste

The UK is a key market for the Yogi, says Bearden. “It’s true Britain is largely a nation of black tea drinkers, but interest in herbal and specialist teas has risen dramatically in the past five years or so.”

The Yogi brand too is a growing presence in the UK — currently featuring in 90% of the country’s natural food stores. “Every market has its differences and peculiarities. For example, our top selling tea in Britain is Licorice, with Detox number two. That’s very different to other European territories where you might expect to see Ginger and Cinnamon taking the top two positions.”

Bearden says there is a very good understanding of what Yogi Teas stand for among UK natural food consumers. “Their buying priorities are ‘purposefulness’, number one, taste, number two and price number three. Mainstream consumers are much less well informed, so we’ve been working hard to win them over.

“We’ve invested very heavily this year on promoting the brand, with tastings a big priority. As well as increasing tastings in the independent trade, we’ve made a huge step up in targeting mainstream consumers. For example, on a single day we did tastings at 100 Sainsbury’s stores.

“We’re completely committed to the natural food trade, as we always have been, but we’re watching very carefully what happens in the multiples. That’s because we have such a strong conviction that our products are good for people — and because of that we want them to be available to as many people as possible.”

Yogi Teas is 40 years old this year, the brand’s origins stretching back to southern California in 1969 where the followers of Yogi Bhajan began creating a specially spiced tea from a recipe containing five Ayurvedic spices. The tea quickly became affectionately known as ‘Yogi Tea’ and by 1984 this grassroots endeavour had blossomed into the Yogi Tea Company.

Today, still inspired by the holistic teachings of Ayurveda and principles of healthy living,  Yogi is a global brand with nearly 60 tea blends. Yogi Tea’s European operation is headquarted in Hamburg, Germany.