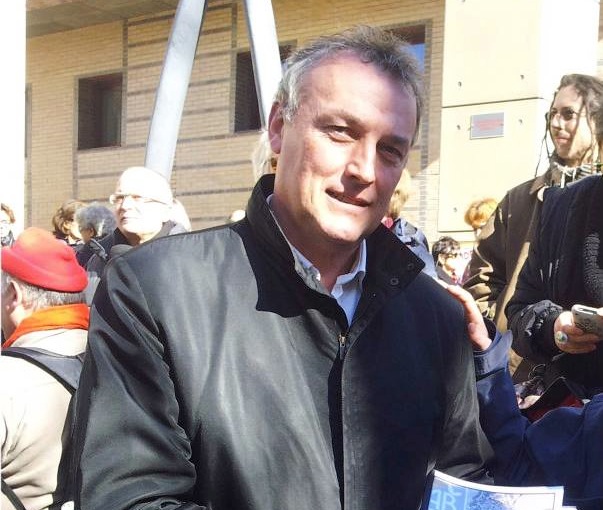 A biodynamic winemaker appeared before a French court yesterday to face charges of failing to spray his vines with insecticide.

Prosecutors requested that Emmanuel Giboulot be made to pay a fine of €1,000, but the court in Dijon could impose a maximum sentence of a six months in prison and a fine of €300,000.

Giboulot had defied an official order to treat his vineyard against the leafhopper (Scaphoideus titanus), an insect believed to be responsible for the spread of the grapevine disease flavescence dorée. Consequently the French Agriculture Ministry prosecuted him under article 251-20 of the rural code, for “failing to apply an insecticide treatment to his vineyard”.

The French authorities say they have had to destory 12 hectares of vines affected by the highly infectious flavescence dorée disease in 2012. They say the disease threatens more than half the Burgundy region’s vineyards and have instructed winemakers to spray their vines with insecticide.

But Giboulot insisted that the pesticide was ineffective and was damaging to pollinating insects such as bees, and insists the disease can be fought via more natural means. 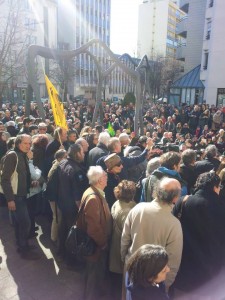 In Court the prosecution insisted that Giboulot had “committed a criminal offence”. But counsel for the winemaker – who has farmed biodynamically since the 1970s – argued that the case against him was itself unlawful and should be dropped. The Court will give its verdict on the case on April 7.

A large crowd of organic farmers and supporters of Giboulot gathered outside the Court in Dijon yesterday. One supporter commented incredulously on Giboulot’s facebook page: “Why is a man facing prison for refusing to pollute?”.

Picture: large crowd of supporters of the biodynamic winemaker gathered outside the court in Dijon

Almost one in ten Tel Avivians identify as vegan or vegetarian

UK standards could be ‘undermined’ by misuse of antibiotics in imported meat and dairy, campaigners warn

Almost one in ten Tel Avivians identify as vegan or vegetarian

UK standards could be ‘undermined’ by misuse of antibiotics in imported...