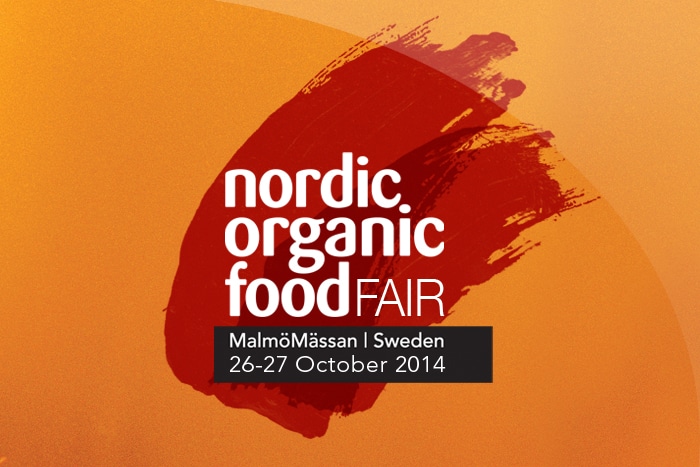 At this weekend’s Nordic Organic Food Fair (Sunday 26-Monday 27 October), IFOAM EU will present a new project on the subject of GMO contamination in the organic and natural supply chain

The background to the project is the continual threat of GMO contamination of the supply chain, caused by the intensifying pressure from biotech companies to introduce more – and new – GMOs into Europe, in food and feed, as well as to authorize new GMO crops in Europe

While a large majority of European consumers reject GMOs in their food, proposed changes to EU GMO legislation would allow individual Member States to restrict or prohibit the cultivation of GMOs on their territory. However, but the legal basis for such bans in the so-called “opt out” proposal remains vague and unclear, raising further the risk of GMO contamination of organic crops. Meanwhile, measures intended to prevent the contamination of GMO-free crops are weakened by a lack of uptake in some Member States, and insufficient protection of the GMO-free sector in others. Add to that the absence of a requirement under existing rules to consider socio-economic impacts, and growing costs to organic and non-GMO producers to remain GMO-free, the need for an urgent and thorough assessment of the EU legal framework for GMOs becomes very clear.

Here, IFOAM EU’s GMO-free project officer, Alejandro Gil, talks with Natural Products about the project and the vital behind the scenes and public work IFOAM EU is doing to protect access to GMO-free food.

Natural Products: Since GMO contamination does not respect borders, could we in future see non-GMO crops struggling to stay ‘legal’?

Alejandro Gil: While such a scenario is not likely to happen in Europe, there is a related risk with much greater likelihood – the possibility of legalizing GM contamination of non-GM seeds, crops and food. There is already a 0.9% labelling threshold for authorised GMOs in food and feed, and the GMO industry is lobbying very hard to extend it to non-authorised GMOs and to obtain a similar threshold for contamination in non GM seeds and crops. In practice this would mean that, although there are currently severe restrictions on GM in Europe, in the future it could be the case that seed and crops could legally contain a certain percentage of GM material. Allowing any percentage of GM in non-GM products throws open the door for legalizing GMOs lock, stock and barrel.

Today, non-GM crops are exposed to the continuous threat of contamination on field, during storage and transport, etc. Every year, new contamination cases appear across Europe proving the measures currently being taken by Member States are either nonexistent or not strong enough. Mandatory measures to prevent GMO contamination providing a sound legal framework, including liability rules, are urgently needed to protect the non-GM farmers from bearing all the costs of contamination. At IFOAM EU we are developing new strategies and practical guidance for operators on how to keep GMOs out of the supply chain, as part of a dedicated project we are launching: “Keeping GMOs out of organic & natural food.”

NP: How can the GMO issue be moved further up the political agenda, something which IFOAM EU has identified as a challenge?

AG: By proposing the authorisation of a new GM maize for cultivation in Europe, for the first time since 1998, the Commission has put the issue firmly back on the political agenda itself. The real challenge is to get past the GMO industry lobbyists who have the power and money to swarm decision-makers and place “experts” in key positions. The threat to the organic and non-GM sector is very real.

Together with NGOs, civil society organisations and a number of European regions we are raising awareness about the benefits of organic and non-GM feed and food, and it is essential we make our voice heard at both national and EU levels. We must make a major effort to get access decision-makers and inform them of the greater issues surrounding the relaxation of rules on GMOs. Many relevant topics are currently, such as socioeconomic impacts, are not taken up in the current framework. It is in this light, we will publish an overview of the current legal situation in the Member States and next year will put out an assessment of the socio-economic impacts of GMO cultivation on GMO-free food chain.

NP: Do you think financial tools – rewards and penalties – could have a useful role in creating a more level playing field for food producers, thus removing financial advantages that GMO operators currently enjoy

AG: Yes. GMO operators currently act with impunity. If an organic farmer’s fields are contaminated by GMO seed planted by the farmer next door, the organic farmer will lose the crop as organic and may be decertified – a significant loss of income for which s/he may have no recourse. The lack of liability rules in the EU means there is no clear right to compensation. Legal measures should be taken to place the economic burden of contamination on the companies that benefit from the dissemination of GMOs in the environment and to provide non-GM producers with a clear legal basis to protect themselves from GM contamination.

“GMO operators currently act with impunity. If an organic farmer’s fields are contaminated by GMO seed planted by the farmer next door, the organic farmer will lose the crop as organic and may be decertified – a significant loss of income for which s/he may have no recourse”

NP: With 64% of consumers in the EU rejecting GMOs in food, and EU institutions appearing to make it easier for biotech firms to expand their activities in Europe, are we witnessing a democracy deficit on the GMO Issue?

AG: EU citizens are indeed not being adequately represented on this issue. For example, the procedure for approving new a GM crop for cultivation is profoundly undemocratic. Governments and key decision-makers in the Commission are demanding the procedure be change, in addition to the GM-free movement. In the political guidelines for the next European Commission, Jean-Paul Juncker, President-elect of the European Commission said: “[…] It is simply not right that under the current rules, the Commission is legally forced to authorise new organisms for import and processing even though a clear majority of Member States is against […]” Citizens and Member States are clearly against, yet GM is being allowed to expand – the basic principles of democracy in Europe are at risk.

NP: IFOAM EU warns that TTIP could have far reaching implications for the organic sector. Do you think this is currently well understood by the wider organic community? How can we mobilise around this Issue?

AG: For the organic agricultural movements, trade and food has to be fair. It has to be based in the principles of transparency and democracy. And, the right to food sovereignty of local communities must be sustained. With the TTIP, there is no transparency and we fear that beneath the rhetoric of creating jobs and simplifying import-exports procedures, the EU and the US seeking to deregulate important sectors, undermining key pillars of European protection and posing a threat to national governments’ power to regulate in the public interest.

“With the TTIP, there is no transparency and we fear that beneath the rhetoric of creating jobs and simplifying import-exports procedures, the EU and the US seeking to deregulate important sectors, undermining key pillars of European protection and posing a threat to national governments’ power to regulate in the public interest” 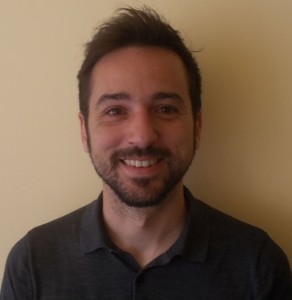 The proposed deal could pose a serious threat to environmental and social protection in Europe. Sectors of industry have long claimed that European standards designed to protect human health, the environment and social wellbeing are barriers to trade. Their demands for the automatic mutual recognition of standards (where the EU would have to accept US imports regardless of their compliance with EU regulations, and vice-versa), or new harmonised or global standards, which would effectively mean a lowering of standards, will reduce protection for the environment and expose individuals to greater health, safety and other risks.

In addition to the environmental and social aspects that form part of the organic principles, there are also specific risks in the areas of GMOs and to the organic standards themselves, as it could be the case that what is allowed in the US would have to be allowed here. This is especially problematic as the European organic movements has lobbied long and successfully to have high standards for the legal definition of organic and there is concern that TTIP would water them down significantly.

NP: What measures is IFOAM EU proposing, to encourage lawmakers to strengthen the current legal framework to better protect organic and non-GMO producers (commercially and environmentally)?

AG: No GMOs should be authorised for cultivation in Europe in the first place. There are serious problems with the risk assessments of GMOs executed by the European Food Safety Authority (EFSA). As has been well-demonstrated in the media, they are based on industry data and corrupted by conflicts of interest. In addition, numerous studies demonstrate costs increase for both conventional and organic farming when GMOs are cultivated.

Preventing GMO authorisations is the best way to prevent contamination and the costs associated with it. After cultivation has been approved, as is the case in some Member States, IFOAM EU insists on the implementation of legally binding coexistence measures to strengthen the current legal framework. Risk assessment must also be enhanced and expanded. For example, the regional context and the socioeconomic impact of GMOs in the organic and non-GM supply chain must be taken into account. Adequate measures to compensate non-GM and organic farmers and operators who suffer losses because of GM contamination must be put in place.

NP: How can we ensure more coherent and consistent GMO control strategies across all Member States, given the likelihood of MS opt-outs and differing interpretations?

AG: The actions of Member States – and the advocacy work directed towards them – is crucial to keep Europe free from GMOs. The Commission has always refused to legislate on “coexistence” at the EU level, so Member States must refuse GMO authorisations, take measures against contamination, and ensure seed purity. Testing protocols are standardised at the EU level, but the responsibility of controlling and implementing the existing legislation – for example ensuring traceability and proper labelling – lies with the Member States. We have to ensure that the strictest standards are enforced in Member States and in a harmonized manner; this is the best way to prevent the Commission from relaxing the rules, for example on seed contamination. As the European representation of organic food and farming, IFOAM EU has members in all Member States. Together we are advocating to regional, national and EU governments to apply consistent interpretations and to find other ways to protect organic and non-GM operators where necessary. As well, the GMO-free project will provide political and practical guidelines for staying GMO-free.

Keeping GMOs out of the Food Chain takes place at 1.00-1.45pm on Monday 27 October in the Natural Theatre at the Nordic Organic Food Fair (26-27 October, Malmö, Sweden).