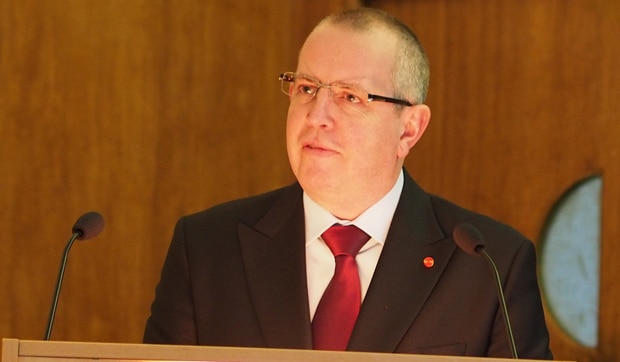 Giving this year’s Health Food Institute’s Annual Lecture, Whitehouse said retailers’ one-on-one relationship with their customers had been the cornerstone of many of the most successful natural health campaigns.

“There’s a pattern of what works. It’s very often when retailers and their customers come together – and are given the tools to make their voice heard. It’s that combination that delivers success.”

It was a formula for success that had been built into Consumer For Health Choice’s newly re-launched SOS campaign. Although the campaign was based around online and social media activity – with the new CHC website as the campaign hub – it fully recognised the importance of the “human interface”. To that end striking new campaign posters and leaflets were being distributed to all independent health stores, and were going up in hundreds of Holland & Barrett stores up and down the country. The posters would be refreshed regularly to maintain consumer engagement at a crucial stage in the life of the Food Supplements Directive.

Whitehouse, who has been a political adviser to CHC since its launch in 1996, said that it was the campaign group’s strong focus on supplements that had brought about its biggest achievements. “CHC started life campaigning on food supplements, they are at the heart of its current campaign, and will be until their future is absolutely secured.”

Whitehouse said that big companies were currently actively pushing for early implementation of Maximum Permitted Levels (MPLs). He warned that low MPLs could destroy a key health food category and vital profit stream – threatening thousand of British jobs. CHC had successfully fought off this threat so far, he said, but needed renewed support from across the industry to help secure the very best outcome for the UK health food trade.