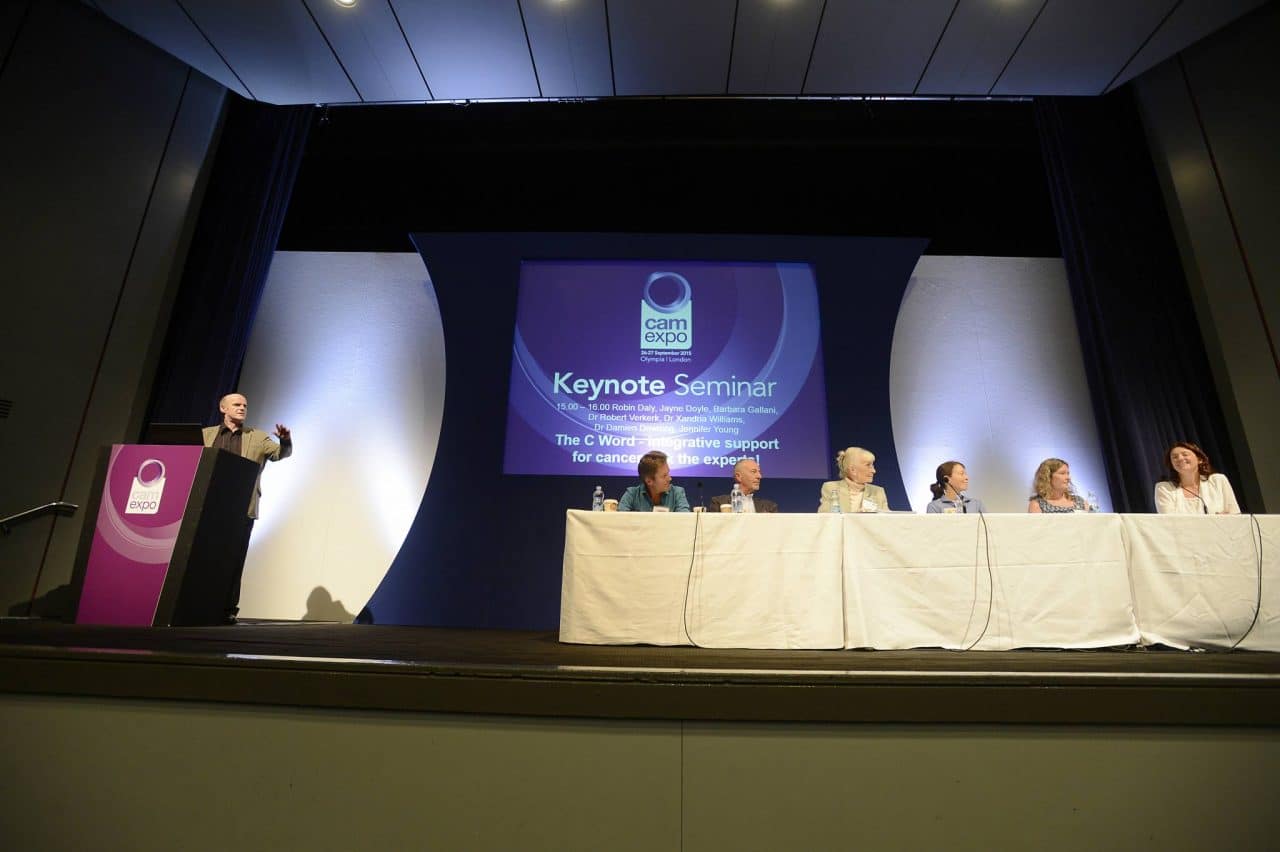 Supporting cancer patients with complementary therapies needs to be done from a position of knowledge, and with care. But practitioners shouldn’t be afraid of the Cancer Act, a panel of natural health specialists agreed at a special discussion at last weekend’s camexpo event. Instead, they should be talking up the benefits of CAM therapies and pushing conventional medicine harder to adopt a more integrative approach to cancer treatment. Natural Products News reports.

Given the high prevalence of cancer in our society, complementary health practitioners regularly find themselves asked to help and support people with this complex, serious disease. But strict laws against using or promoting non-authorized treatment have – say some CAM specialists – contributed to an environment of uncertainty and fear that is preventing cancer patients from getting access to valuable support during their illness.

So, how can CAM practitioners help support cancer patients – and stay inside the law? That was the topic for a lively, and passionately argued, panel discussion at last week’s camexpo exhibition in London.

The discussion kicked off with a question from the session chair, Robin Daly (founder of the charity Yes to Life). He asked the panel what actions we – the natural health community – can take that will have the most impact in moving everyone towards an integrated approach to cancer care? 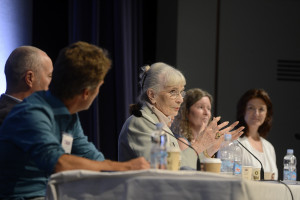 Naturopath, Xandria Williams, told the audience: “Having spent 20 years politicking, and trying to get our approaches taken seriously by the authorities, I am absolutely convinced that the best way forward is to build the biggest groundswell of people who want what we are doing and offering.” A very efficient way of doing that, she said, is to engage with a local MP – “one letter to Parliament is equivalent to 500 votes,” she added.

Williams also talked about the imperative of getting people educated about naturopathic approaches, as way of enabling it to break out into the mainstream medical debate. “I want to train as many students and practitioners as quickly as I can so that they can be more effective in cancer care, so it becomes harder and harder to keep a lid on its benefits”.

Robert Verkerk, head of the campaign group Alliance for Natural Health – and a scientist himself – wanted to raise the issue of research. “Science does the talking politically in terms of driving any kind of top-down shift in the medical establishment”. The problem is, he said, that the medical establishment is often looking at very narrow data, drawn from studies that typically exclude CAM therapies. “The difficulty we have with any disease like cancer is that we don’t yet have a system that allows us to look at multi-modality approaches. Yet when you look at any practitioner who’s gaining some success rate in the field of oncology, they’re often using multiple systems combined together.”

But, he said, we are now moving towards a system, “less focused on mechanisms, and more on important markers (for disease)”. “We are also getting close to the development in the UK of a research hub in which standardized systems of data collection at the clinical level can be accessed so we can actually start to get the data on the sheer positivity of the results.”

Verkerk also called for adoption of “multi-factorial, multi-modality research methods based on outcomes, in order to shift the way most people in decision-making (positions) think about cancer”. On that basis, he added, it is important to start thinking about moving away from the reliance on double-blind placebo controlled trials “that test just one thing against a outcome, when we are dealing with the total body”.

Exercise and cancer specialist, Barbara Gallani, agreed that RCTs are of limited use. “I’d like to see more case histories and personal stories – more detailed descriptions of how individuals find it beneficial”.

Staying with theme, ecological medicine specialist, Dr Damian Downing, said that homeopathy provided a useful example of why it is “probably a waste of time and effort trying to go down the mainstream scientific route”. He added: “We all know that change here is not going to be achieved, or driven, by doctors and by the authorities, it’s going to be driven by the patients. The other thing that has changed is that activism and self-education is so much more possible because of the Internet”.

Nutritional therapist and microbiologist, Jennifer Young, said that while “scientific research, and establishing credibility is incredibly important”, it is also important to bring the discussion “back to the individual, and look what we can do.” She said that “talking to the NHS and using their language” is helpful, and she added, “I think change is being driven by client expectations”.

Jayne Dolyle, a complementary health specialist with wide experience in cancer settings, wrapped up segment neatly: “As well as looking at evidence-based practice, I’d like to see us looking at practice-based evidence too.”

The second theme of the discussion centred on the implications of the Cancer Act. It was proposed in the form of a question from the floor: “Is it not the fundamental logjam, a sword of Damocles hanging over everything – a law that makes it actually illegal to treat a cancer patient other than by conventional means, and which ensures that the benefits and outcomes of alternative therapies never make it on to official data?” 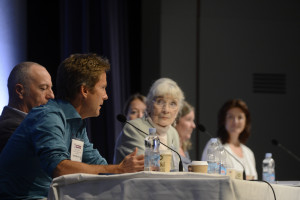 Robert Verkerk said it was important not too think of the Act as a sword of Damocles . “I think you have to remove that idea because it’s a major psychological obstacle to understanding what the Cancer Act does. What it really does is prevent the promotion and advertising of anything that isn’t conventional oncology”. The effect of that, he said, is to “drive this kind of oncology underground – and that will happen while it sits there as a barrier”.

“The big problem we have is a lack of acceptance by conventional medicine. There is literally a brick wall that divides the kind of thinking we are talking about and the mind-set of conventional medicine – the impulse to treat the symptoms of the disease, rather than deal with the entire terrain of the individual”.

“There is literally a brick wall that divides the kind of thinking we are talking about and the mind-set of conventional medicine – the impulse to treat the symptoms of the disease, rather than deal with the entire terrain of the individual”

Verkerk said he believed that the “linking point” in future would be the emerging field of epigenetics. “There is so much new data now where it’s becoming well understood that diet and lifestyle are probably the two single most important factors affecting risk to cancer.”

Damien Downing wanted to make an important distinction. “Can I say, that I don’t treat cancer. I do treat patients, and some of them have cancer.” Xandria Williams developed the point. “I understand that the Act says that you can’t treat cancer, not that you can’t treat people. In naturopathy, the whole focus is on restoring homeostasis. It’s not semantics to say ‘I treat people, I don’t treat disease’. I am interested in what is wrong with somebody at the cellular level – and putting it right. I’m not put off by the Cancer Act, I just have to watch my words extremely carefully.”

“In naturopathy, the whole focus is on restoring homeostasis. It’s not semantics to say ‘I treat people, I don’t treat disease’”

Downing had his own questions for orthodox treatments. “If you had the ability that doctors have – to remove tumours, slash and burn – would you want to? They’re treating cancer, not the patient. That’s the weakness of conventional oncology and the strength of us.”

The final segment of the discussion addressed another question from the floor on how much potential there is for the NHS to change, and to offer a more integrative approach to cancer treatment and prevention.

Jayne Doyle said that making existing services more accessible should be one immediate goal. Her experience at St Thomas’ and UCLH hospitals has been that information on complementary therapies is available, as part of admission packs, but that the services often get forgotten about by patients and staff in what is a often a traumatic and very time-pressured environment. “I always aim to educate nurses to remind patients that we were there. My mission is to make it more accessible.”

She added positively: “The context of where I am working , with hands-on therapy – it may be different if you are working at the biochemical level – is fabulous. I’m really pleased about it, and I have the chance to educate consultants and nurses about our therapies. So, I think a broader goal for all of us, is to go out and champion our own area of expertise and knowledge. I do think there is an opportunity to work within the NHS, to offer something soft and soothing that can address fear and anxiety.”

Doyle also signalled her support for the work done for cancer patients by doctors and surgeons. “Thank goodness for surgery, and to be frank thank goodness for chemotherapy – because it saves lives.”

Xandria Williams said she hoped to see a wider role for nutritional interventions that help ameliorate side effects of conventional therapies, or boost their beneficial effects. “I was at conference recently where it was shown that radiation was getting a certain increase in life expectancy, but when you added curcumin alongside you saw a 40% improvement – so why not do both? Except that oncologists would probably say ‘oh, you mustn’t do that’. When people come to me and say ‘I’ve been told I mustn’t do so and so’, I say ask them to show the research papers with the proof!”

“Take something like the broccoli component I3C. Tamoxifen, with all its side effects gets something like a 40% improvement in outcome. If you inject 13C into the tumour site you get a 95% improvement. If you add Tamoxifen as well you get a 98% increase. There are many examples where using both approaches, complementarily, can work.”

Chair: Robin Daly, chairman and founder of Yes to Life.