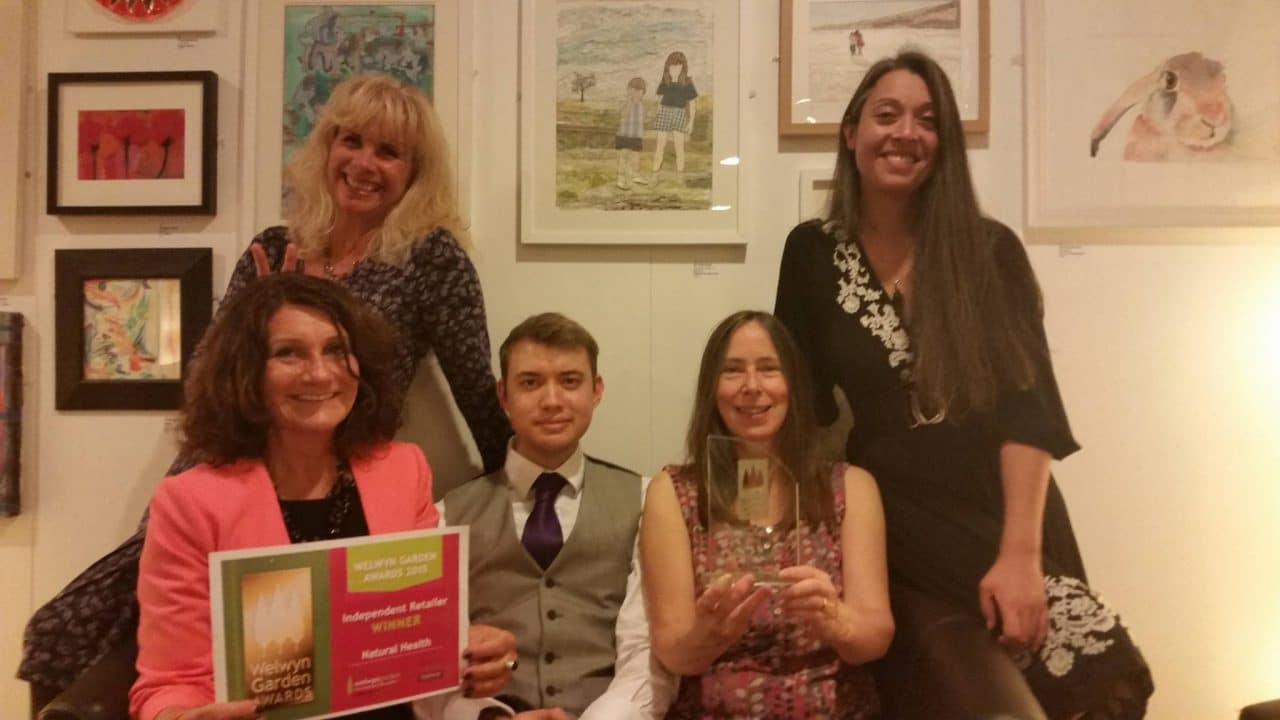 Natural Health in Welwyn Garden City has won Best Independent Retailer for the third year in succession in the Welwyn Garden Awards.

Commenting on the win, Julie Goodwin, owner of the store – which also has a branch in Hertford – says: “I’m really pleased and excited. It’s good for all the staff as it helps to encourage everybody and it’s nice for the customers too because they vote for us and are really pleased when we win because they feel like they’ve helped us.”

Each year the local Welwyn Hatfield Council holds the awards in a drive to encourage more trade and revitalise the town centre. A total of 60 businesses were nominated for the five categories this year and a record-breaking 8,400 people voted in the awards.

In celebration of the achievement, Goodwin offered customers 12% off on the Friday, Saturday and Sunday following the award ceremony if they went to either store and sang We are the Champions or added the code ‘champions’ at checkout online. “That seemed to work very well because the Saturday was the busiest day we’ve ever had in the Welwyn store, so that was a bit of a bonus,” added Goodwin.