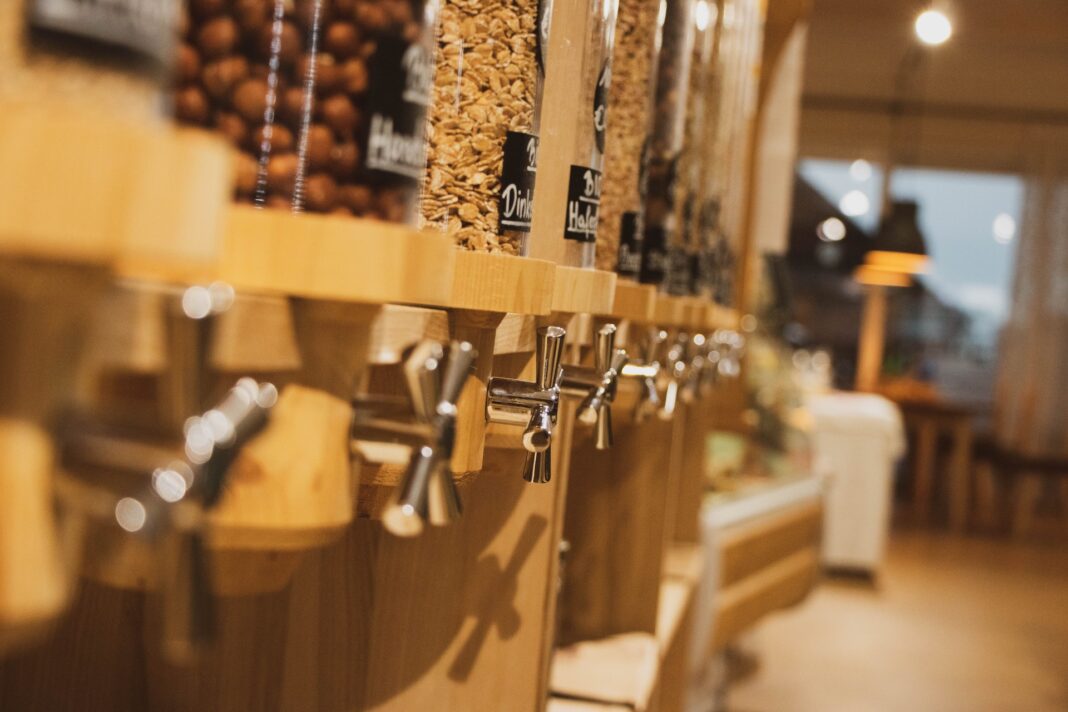 A recent report in the i newspaper has revealed that refill stores are facing crisis as ‘shoppers lose interest in zero waste lifestyles’ following an initial uplift during the pandemic.

In a tweet, the paper says: ‘Refill stores were supposed to change shopping forever but people are turning their backs on the zero-waste lifestyle, forcing many businesses to close.’

Speaking to i, Ingrid Caldironi, owner of Bulk Market in Hackney – one of the first refill stores in the country – said the shop is now set to close, citing the fact that consumers have gone ‘backwards’ on sustainability since the pandemic and are now seeking out convenience.

Sarah Martin, who owns Nourish Zero Waste which has stores in Topsham and Exeter, was forced to closed her third Devon branch in October. “I’m part of a zero waste shop owners’ group on Facebook,” she told i, “And every week someone is closing at the moment.”

The paper asserts: “Refill shop owners said that … they were kept busy by people bulk-buying pasta and bread flour during the first lockdown, when supermarket delivery slots were scarce. But as the pandemic dragged on and more people started ordering groceries online, sales fell.”

Responding to the news, Lloyd Atkin, MD of Bio-D – whose green cleaning products are offered for refill at indie stockists – says: “Over the past couple of years throughout the pandemic, shopping local and using refill stores became the new normal. With people becoming more conscious of their shopping choices impacts our planet. However, recent news surrounding the decline and shutting down of refill stores across the country is hugely disappointing, given such a promising period.

“Being more sustainable should be seen as a long-term solution to the climate crisis the world is facing and not a passing trend. Every year the UK generates more than two million metric tonnes of plastic packaging waste – we can make that change by rethinking our ways of shopping habits.

“Bio-D is a loyal supporter of local independent stores across the UK, and we are encouraging people to consider their shopping habits and how using refill stores will set us back on our way to creating a lasting change for future generations.”

The news follows the announcement that a new innovative refill solution is being designed by the Refill Coalition – a group of UK retailers convened by Unpackaged and consisting of M&S, Morrisons, Ocado, Waitrose & Partners along with supply chain solutions company CHEP.