Each year for two weeks in February and March Fairtrade puts a spotlight on trade through Fairtrade Fortnight. It is a chance for people up and down the UK to stand together and show their support for farmers and workers and a way to highlight the difference fair trade can make to lives and communities.

In an ideal world we would not need Fairtrade. And at times like this, it’s clear that our job is far from done. It’s a harsh reality that many farmers and workers do not earn enough for the basics, and in cocoa – the focus of this year’s Fairtrade Fortnight – many still live well below the poverty line. It’s even worse for the women who work in the fields; they are often overlooked and under-represented, and usually see even less of the money for their crop. They deserve more. 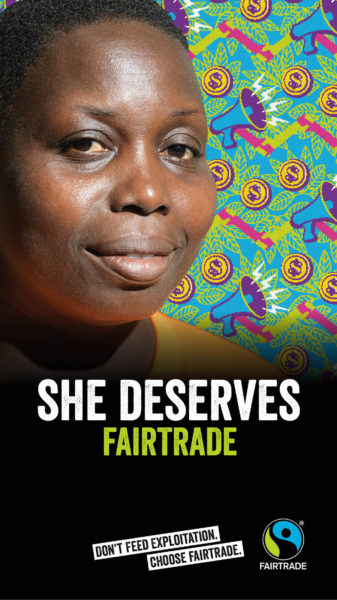 It is bitter truths like these that we fight to expose. Around the world people are waking up to the inequalities embedded in our society – like gender discrimination – and it’s only by revealing the truth that we can start to make change. Take cocoa: a luxury item, a sweet treat, but at what cost? Your dark chocolate fruit and nut wouldn’t exist without the hard-work of the women growing quality cocoa beans, but they’re unlikely to be enjoying the same indulgence back in the Cote d’Ivoire. It’s not fair.

That’s why this year the Fairtrade Foundation is launching an ambitious three-year campaign to move towards a living income. Firstly, we must understand the depth of the problem, and from here we can find an indication of what a living wage means for farmers and the supply chain.

A recent study from Fairtrade revealed that only 12% of cocoa farming households earn a living income. Shock, horror, frustration or anger – how can this be possible, when the global chocolate industry is expected to reach $154.5 billion by 2025? To make matters worse, the world cocoa price fell through the floor in the last two years, and for the first time in a long time, the Fairtrade Minimum Price kicked in – a safety net for farmers when market price drops. From one year to the next, farmers in the Cote d’Ivoire have seen their income fall by 30-40%. Yet despite all these uncertain times, the price we pay for a bar of chocolate remains the same.

Your dark chocolate fruit and nut wouldn’t exist without the hard-work of the women growing quality cocoa beans, but they’re unlikely to be enjoying the same indulgence back in the Cote d’Ivoire

Figures show that 80% of the public say that they would pay more for their chocolate bars if chocolate companies made sure the extra went directly to farmer, according to a survey from Kantar (2018). People are sensitive and do not want exploitation as part of their snacks, especially as they thought chocolate companies were making profits at the expense of the farmer earning little or nothing.

In December 2018 Fairtrade International announced a rise in the Fairtrade Minimum Price, and an additional sum for organic cocoa. The new price structure, as agreed by the Fairtrade Standards Committee, is a huge positive for the industry, which has been talking about the imbalance between supply and demand for years. However there is still a way to go, and as consumption of chocolate doesn’t look like it’s letting off soon, it’s likely that similar interventions will be needed in the wider cocoa industry too. 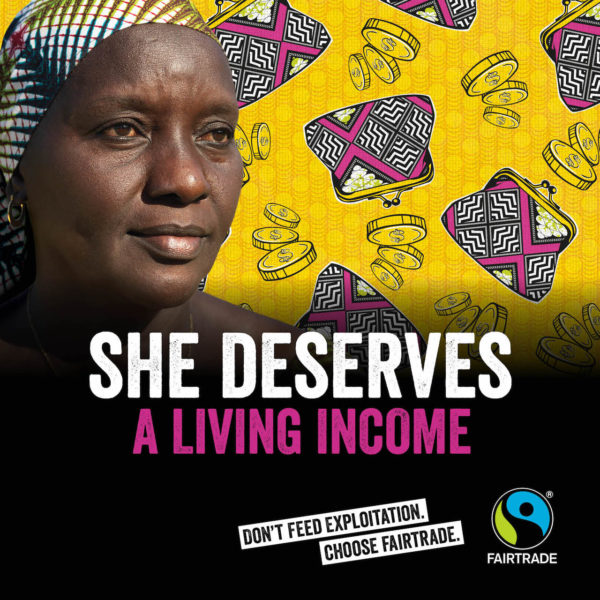 One of Fairtrade’s goals is for farmers to achieve a living income and make the UN’s 70-year-old Universal Declaration of Human Rights a reality, that ‘Everyone who works has the right to just and favourable remuneration ensuring for himself and his family an existence worthy of human dignity…’

With action from shoppers, businesses and governments, Fairtrade believes we can make living incomes happen – with no bitter aftertaste in our chocolate bars for the farmers who grew the cocoa.