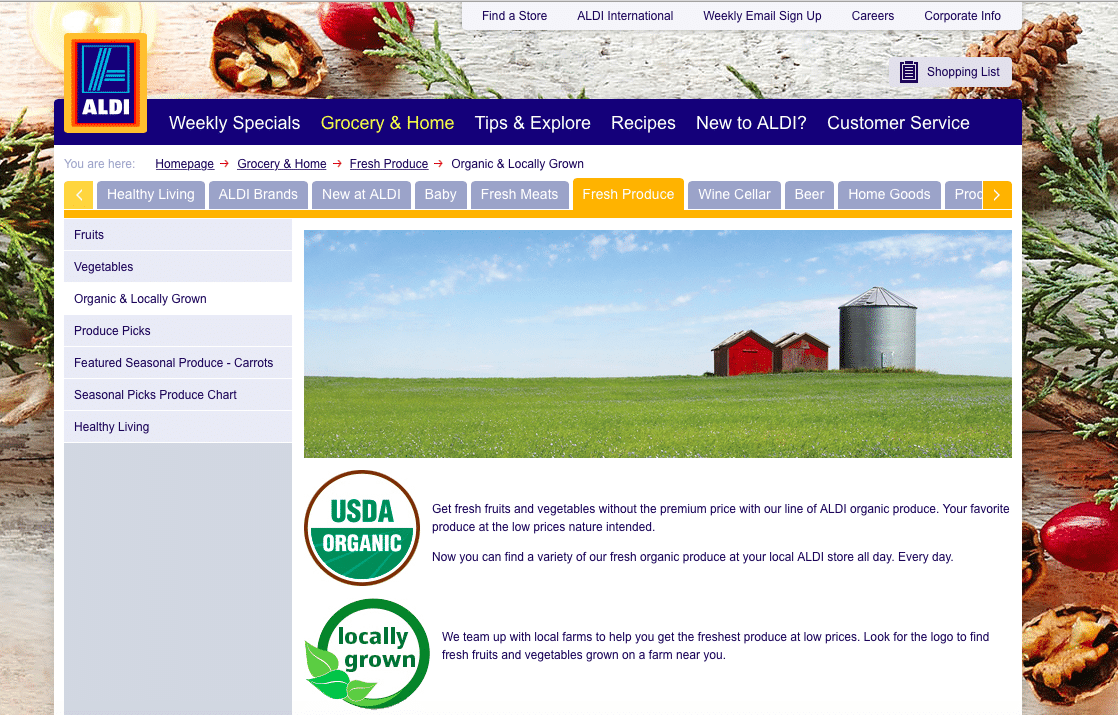 Aldi is making a further push to steal customers away from the big US natural food retailers such as Whole Foods Market and Trader Joe.

The German discounter has been carefully positioning itself as the go-to place for the health-conscious food shopper on a budget, in the process earning itself the nickname ‘the poor man’s Whole Foods’.

In recent years has Aldi expanded its organic lines, increased its free-from offer, cut the use of artificial ingredients and launched its Never Any! brand of meat products that are free from antibiotics and growth hormones. The discounter has also begun to offer more high-end foods like artisan cheeses, smoked salmon, quinoa, and coconut oil.

Now Aldi has announced it will be removing eight pesticides (Thiamethoxam, Chlorpyrifos, Clothianidin, Cypermethrin, Deltamethrin, Fipronil, Imidacloprid and Sulfoxaflor) from all products in its 1500 US stores. The pesticide prohibition, which has attracted criticism from parts of the conventional industry, comes into effect in January 2017.

Aldi isn’t the only supermarket chain pitching for the natural and organic consumer. Walmart has also been increasing its organic offer – both fresh produce, and branded dproducts smaller specialist producers.

Retail commentators in the US say the mass channel retailers aren’t especially interested in organic but view an increased organic offer as a way to lure well-heeled shoppers into their stores. And it seems that the tactic could be hitting the biggest natural food retailer of them all, Whole Foods Market.

In the summer Bloomber.com reported that Whole Foods Market shares “slumped the most in almost a year after third-quarter sales missed analysts’ estimates, a sign the organic-food chain is struggling to fend off new competition from mainstream supermarkets.” Same-store sales at Whole Foods fell 2.6 percent in the period, which ended July 3 – the fourth consecutive quarterly decline.