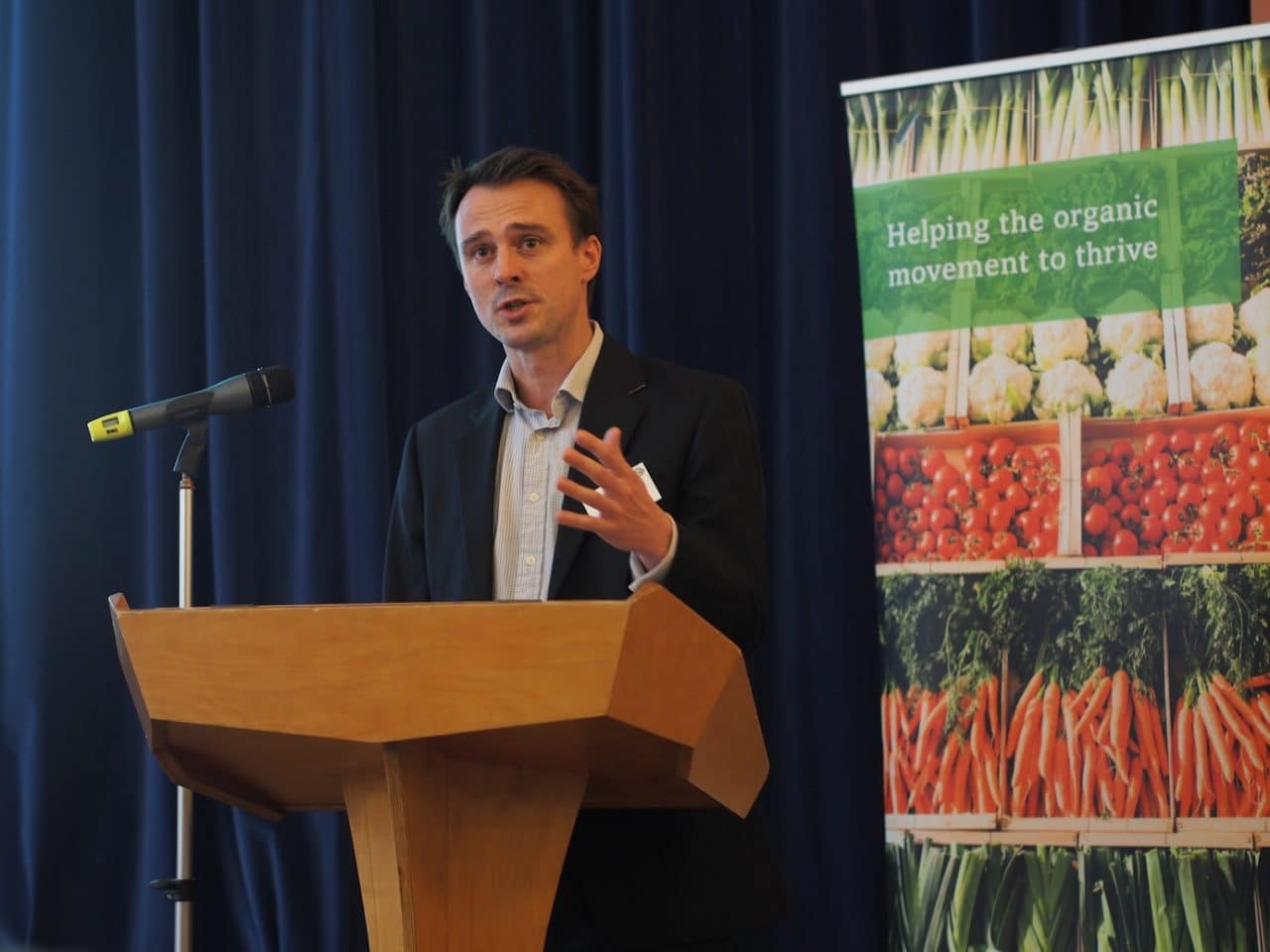 New organic food figures confirm that that the organic market is continuing to recover ground lost during the recession.

According to retail analyst Nielsen organic sales in the UK rose by 0.6% over the last year, taking total organic sales in multiple retail channels (figures exclude the independent retail sector and direct sales) to £1.28 billion.

The performance of specialist brands, who have been leading the organic sector back to growth, has been even more encouraging.  Soil Association licensees for example saw year-on-year growth of 3.4%, rising to 7.3% during the last three months. Speaking at last week’s Soil Association Annual Trade Briefing, Rob Sexton (pictured), chief executive of Soil Association Certification, said this represented “levels of growth not seen since 2008”.

The latest market data from Nielsen shows that ‘free from pesticides’ leads the reasons for buying organic, followed by ‘tastes better’ (15%), ‘better for the environment’ (14%), ‘better for animal welfare’ (11%), ‘better quality’ (10%), ‘health benefit’ (9%). Nielsen says that 76% of sales through the dominant multiple channel are made by Sainsbury’s, Tesco and Waitrose – however, growth is being generated by Waitrose, Ocado and internet sellers.

The significance of the rise in internet sales of organic – representatives of Amazon were among retailers in the room – was picked up on by the Soil Association’s director of policy, Peter Melchett. “The internet is an interesting place. It creates the opportunity to stock a wider range of organic products. But it can also an effective environment for talking about the benefits of organic in a more detailed way.”