Speaking at last weekend’s inaugural Go! Organic festival in Battersea Park, London, broadcaster and author Jonathan Dimbleby stressed the importance of organic production, sustainability and biodiversity to the survival of the planet, saying he was optimistic about the future. 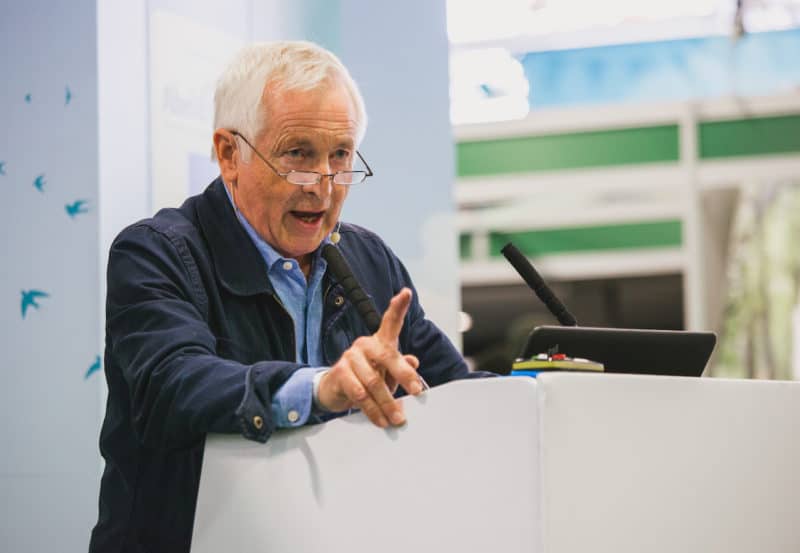 Looking around at the festival, Dimbleby, who has himself farmed organically, told the audience: “There is great cause for optimism. This [Go! Organic] would have been an inconceivable event 20 years ago; you couldn’t have imagined it. Look now, just look around at what there is here. Attitudes have changed.”

However, it wasn’t all positivity; speaking about the use of chemicals in farming, Dimbleby said: “I don’t want to issue dire warnings, but when an official survey suggests that chemical residues are found in more than 30% of fruit and vegetables sold in UK supermarkets – albeit except in a tiny amount of cases at levels below what is described as the maximum permitted level – I am not entirely reassured. I merely note as a layman that in the Western world there has not only been a surge in cancer of all kinds but it has coincided historically over the last century with the massive increase in the use of chemicals and pesticides in the production of food.”

I’m not saying that you have to be organic in order to deliver good, you have to think sustainably and in the long-term, and most farmers want to, but commercial pressures are agin it. Government can help by making sure that subsidies relate to delivering public good as opposed to merely supporting agricultural production

He added: “We live in today, we don’t often think about tomorrow, and we know that on our present course humanity is consuming the world’s resources at a faster rate than they can be replenished. In short, we’re stamping all over the planet in hobnail boots that are getting heavier and are gradually crushing the life out of the earth.” 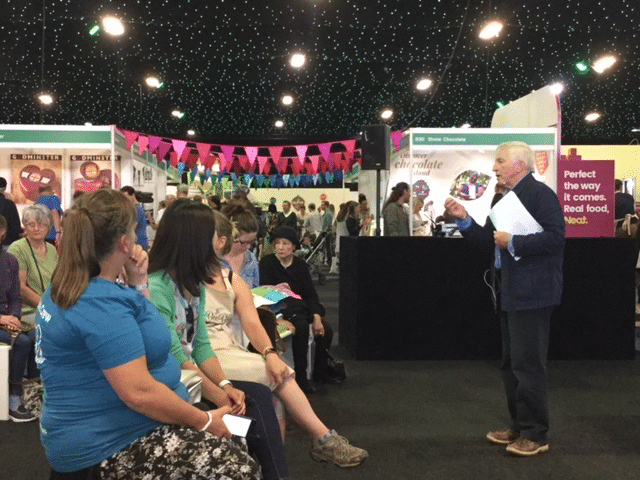 He went on to describe the pressures that farmers are currently under. “Most farmers want to preserve the ecology, they want biodiversity, and a lot of them do things to achieve that. I’m not saying that you have to be organic in order to deliver good, you have to think sustainably and in the long-term, and most farmers want to, but commercial pressures are agin it. Government can help by making sure that subsidies relate to delivering public good as opposed to merely supporting agricultural production.”

I despair about the world at the moment in which we live, but I’m absolutely not pessimistic about the potential to get it right

Taking a question from the floor about whether he believed it’s possible that all farms could be organic, Dimbleby said: “I think all farmers can farm sustainably, whether it is strictly according to, let us say, Soil Association rules – I’m a past president – is much less important to me. What is important is that people are conserving the land, conserving water, conserving biodiversity and there isn’t only one route to achieve that. But I think all can, and, in fact, farm just as prosperously.”