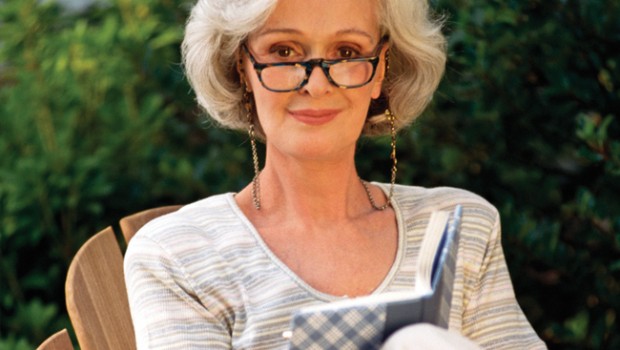 One in four people over 50 are predicted to develop Alzheimer’s, currently suffered by 850,000 people in Britain. Currently there are no effective drug treatments, and none in development that look promising, however the good news is that it in many cases it can be prevented.

Leading dementia experts estimate that more than half the risk for dementia is caused by things we can change with only one in a hundred cases directly attributable to genes. Theoretically a person could halve their risk with specific diet and lifestyle changes. But how do you identify who is at risk and what specific steps they need to take to reverse their risk?

A new online Cognitive Function Test test that takes 20 minutes to complete both assesses a person’s risk from age 50, and gives personalised advice on steps to take to cut their risk. The free online test run by the charity www.foodforthebrain.org has been a tried by 200,000 people and tested against standard memory tests used by specialist memory clinics. Through a simple set of questions about diet and lifestyle the Cognitive Function Test also assesses a person’s most likely risk factors and the kind of specific changes they need to make to reverse that risk.

One in five (22%) of cases of Alzheimer’s are attributed to low levels of B vitamins, especially vitamin B12, which becomes harder to absorb as you age often requiring supplementation. Also, one in five cases are attributed to low levels of omega-3 fats and fish consumption, according to research from the US National Institutes of Health. Other risk factors include a low intake of vegetables and fruits, rich in polyphenols, a lack of exercise and a lack of social and intellectually stimulating activity. If you don’t use it you lose it. In addition, a diet high in sugar and refined carbohydrates, and having diabetes, increases risk. Drinking green tea rather than coffee, may be associated with lower risk in the long term. 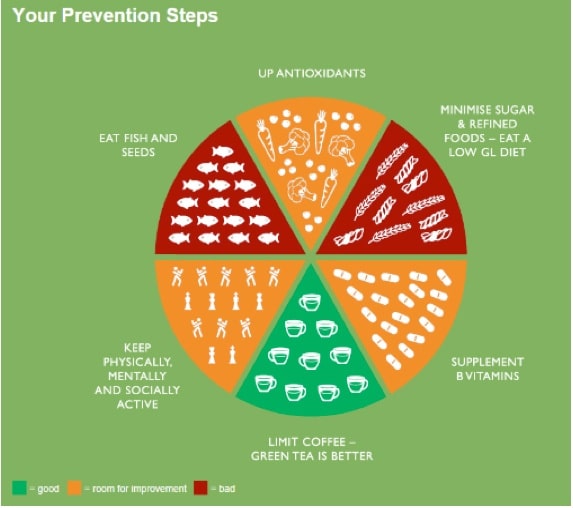 The Cognitive Function Test not only tests your memory but also assesses a person’s risk on a traffic light system, with ‘red’ risk factors being the ones most critical to address to benefit that individual. The goal is to achieve ‘green’ across all the known risk factors.

According to Professor David Smith, dementia expert from the University of Oxford and scientific advisor to the charity, “Not only does the test give people positive prevention steps to reduce risk in the long-term but also there’s an annual check up so people can track how diet and lifestyle changes impact on their cognitive function.” He hopes the results of hundreds of thousands of people doing the test will provide vital information to help develop a national prevention strategy.

Patrick Holford, the charity’s director, said “By encouraging people to take positive prevention steps, and tracking their memory function over time, we hope to be able to map the extent to which specific diet and lifestyle improvements stop or delay cognitive decline in hundreds of thousands of people. We want to encourage everyone over 50 to start taking positive prevention steps now, from age 50, rather than wait until it is too late. If we can show that an internet-driven education campaign really can change diet and lifestyle behaviours and delay cognitive decline we hope the Cognitive Function Test will become part of a national health policy to tackle this preventable disease.” The charity is looking to raise £60,000 to carry out this research.

The Cognitive Function Test can be done on any computer or laptop, but not on a mobile or smart phone. It is a screening test, not a diagnostic test. For more details on the test see www.foodforthebrain.org.