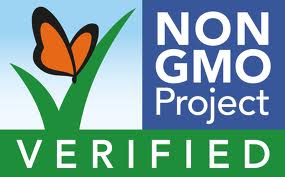 US family farm advocate group the Cornucopia Institute says that a “deluge of advertisements” paid for mainly by pesticide and biotechnology corporations convinced citizens in California to vote against their own interests when a motion calling for mandatory labelling of GM food products was defeated last week.

Proposition 37 would have given consumers in California the right-to-know whether the foods they buy at the grocery store contain genetically engineered ingredients (GMOs). With 95% of the vote counted, according to the California Secretary of State’s office, the proposal was defeated 53-47%.

The pro-labelling measure was bitterly contested by the GM industry which collectively spent over $46 million to defeat a Californian initiative.  The Guardian estimates that big business opponents of the GM labeling scheme have outspent the ‘yes’ side by about five to one, with Monsanto alone contributing $8 million.

Opponents to the compulsory labelling scheme claimed the measure would “force up family grocery bills” and was “full of special exemptions”.

But Mark A. Kastel, director of the Cornucopia Institute, said: “Corporations that produce both the genetically engineered crops and their designer pesticides, in concert with the multi-billion-dollar food manufacturers that use these ingredients, fought this measure tooth and nail, throwing $46 million at the effort that would have required food manufacturers to include informational labeling on GMO content on their packaging.”

In a blog piece for newhope360.com Marc Brush commented:  “You really can buy the vote in America, at least on the rough and tumble terrain of state politics. Whether you view the opposition’s messaging as consumer education or a nefarious disinformation campaign, the fact remains that $46 million in organized advertising tabled this initiative.”

Picture: Poster produced by the Cornucopia Institute illustrating how the pro and anti GM labelling campaigns were funded