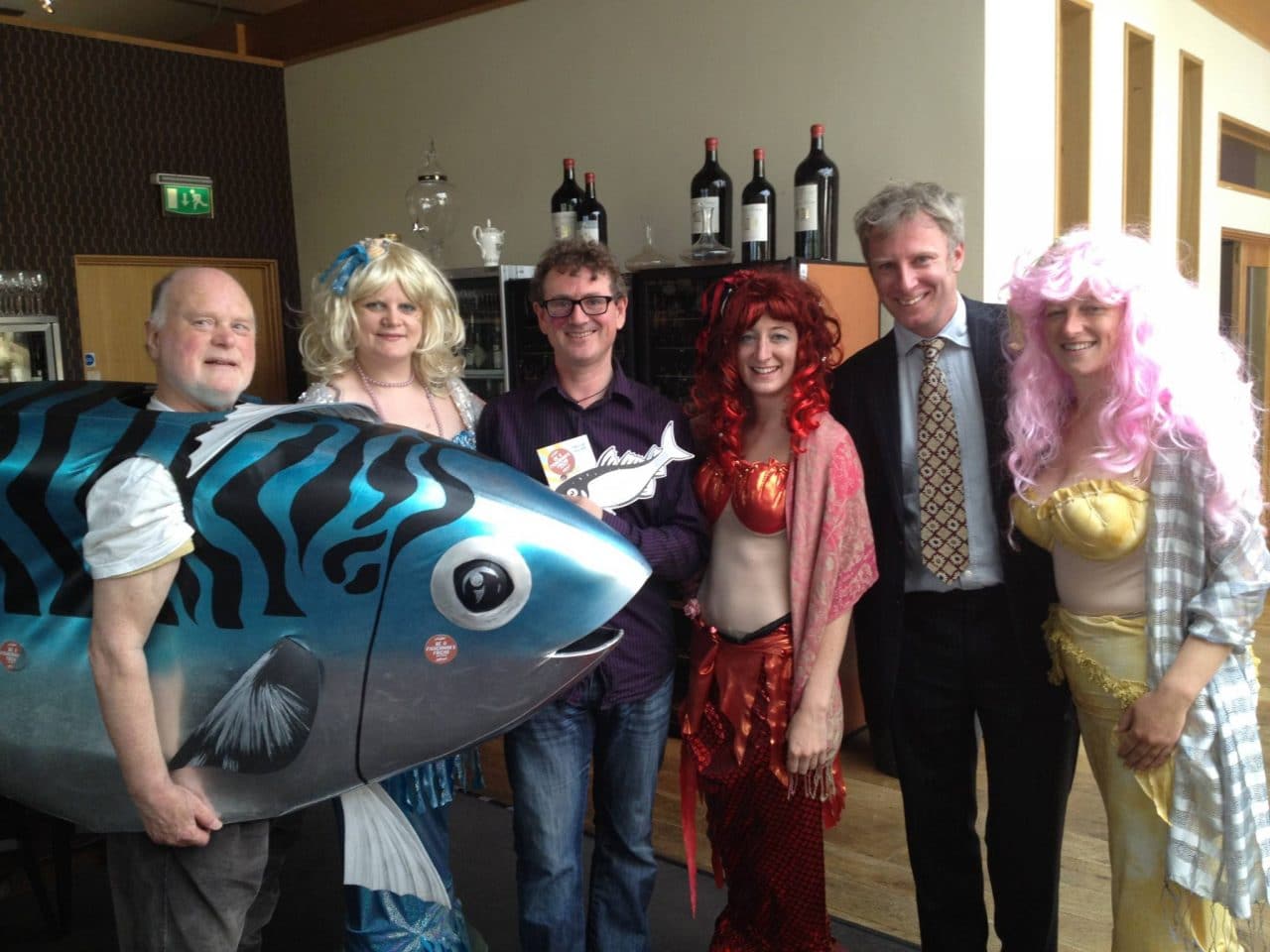 The environment secretary, Caroline Spelman, has been acquitted of the charge of ‘marine ecocide’ at a mock trial in Bristol.

Part of Bristol’s BIG Green Week, the BIG Ecocide trial was part of the campaign to make the destruction of nature an international crime.

Using barristers and judges, mock ecocide trials illustrate how this would work in practice. The indictment against the secretary of state for the environment, was permitting policies over the past ten years which have caused serious marine ecosystem damage.

In Bristol barristers cross-examined expert witnesses in front of a jury made of sixth-formers. One of the expert witnesses at the mock trial was Charles Redfern, founder of sustainable fish brand Fish4Ever. He said: “Although there is clear evidence for consumer demand for sustainable fish, my experience with Fish4Ever and as an expert in fish has convinced me that this is not enough. The global and national situation in regard to fish stocks and marine ecosystems is critical.”

The jury voted eight to four in favour of finding the secretary of state guilty bit she was acquitted because the verdict was not unanimous.