“At its core the GM industry is about the eradication of independent food production.”

That’s the stark conclusion of Ramon Herrera, one of the activists  featured in a powerful new film co-produced by The Gaia Foundation and The African Biodiversity Foundation.

Seeds of Freedom charts the story of seed from its roots at the heart of traditional, diversity rich farming systems across the world, to being transformed into a powerful commodity, used to monopolise the global food system.

Narrated by Jeremy Irons and with contributions from Dr Vandana Shiva, Zac Goldsmith, Gathuru Mburu (African Biodiversity Network) and Caroline Lucas, the film shows how a landmark legal ruling in 1999 – which opened the door for the patenting of natural life-forms – has allowed a small group of powerful corporations to take ownership of the global chemical, seed and food chain.

Seeds of Freedom warns that “at this corporate centre of power lies not just the massive profits of the GM industry but the decision making and agenda setting that will ultimately be the legacy of our global agricultural system.” 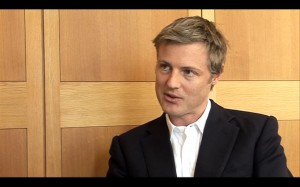 In the film the green campaigner and Conservative MP, Zac Goldsmith, comments: “The often heard argument that GM is needed to feed the world is one driven by the bottom line. It is nothing to do with feeding the world, it is about controlling food systems.”

Seeds of Freedom closes on a positive note:  Small-scale, agro-ecological farming, though dismissed by agribusiness as backward and inefficient, feeds 70% of the world’s population with healthy, nutritious food whiles using less land, water and valuable resources. Given support it offers real hope for the future.”

• Watch Seeds of Freedom on NPTV