The National Association of Health Stores (NAHS) has issued a statement on behalf of its member stores to encourage manufacturers and suppliers to include independent health retailers in any promotional activity pointing customers towards stockists.

“Health stores are really concerned that a large number of adverts and social media posts have, for some time, specifically mentioned that the advertised product can be purchased from supermarkets, pharmacies or even H&B [Holland & Barrett] with no mention whatsoever of health stores – and most recently there are social media adverts enticing consumers to purchase their products directly from themselves (manufacturers), cutting out health stores altogether!” says the NAHS statement.

“Our members are already up against supermarkets, pharmacies, H&B and the likes of Amazon but now it seems that they are also competing against the manufacturers for sales. We realize, especially in these challenging times, that all sales are precious, but all we are asking from manufacturers and suppliers is that they specifically support independent health stores by including them in their list of stockists on any advertising or social media campaigns.”

“All NAHS members are listed on our store finder app www.findmyhealthstore.co.uk which we are more than happy to be used and even if some stores don’t currently sell a product being advertised, what better way to get them to start selling it, than by promoting them as stockists! It’s a win for manufacturers and suppliers and it’s a win for independent health stores!” 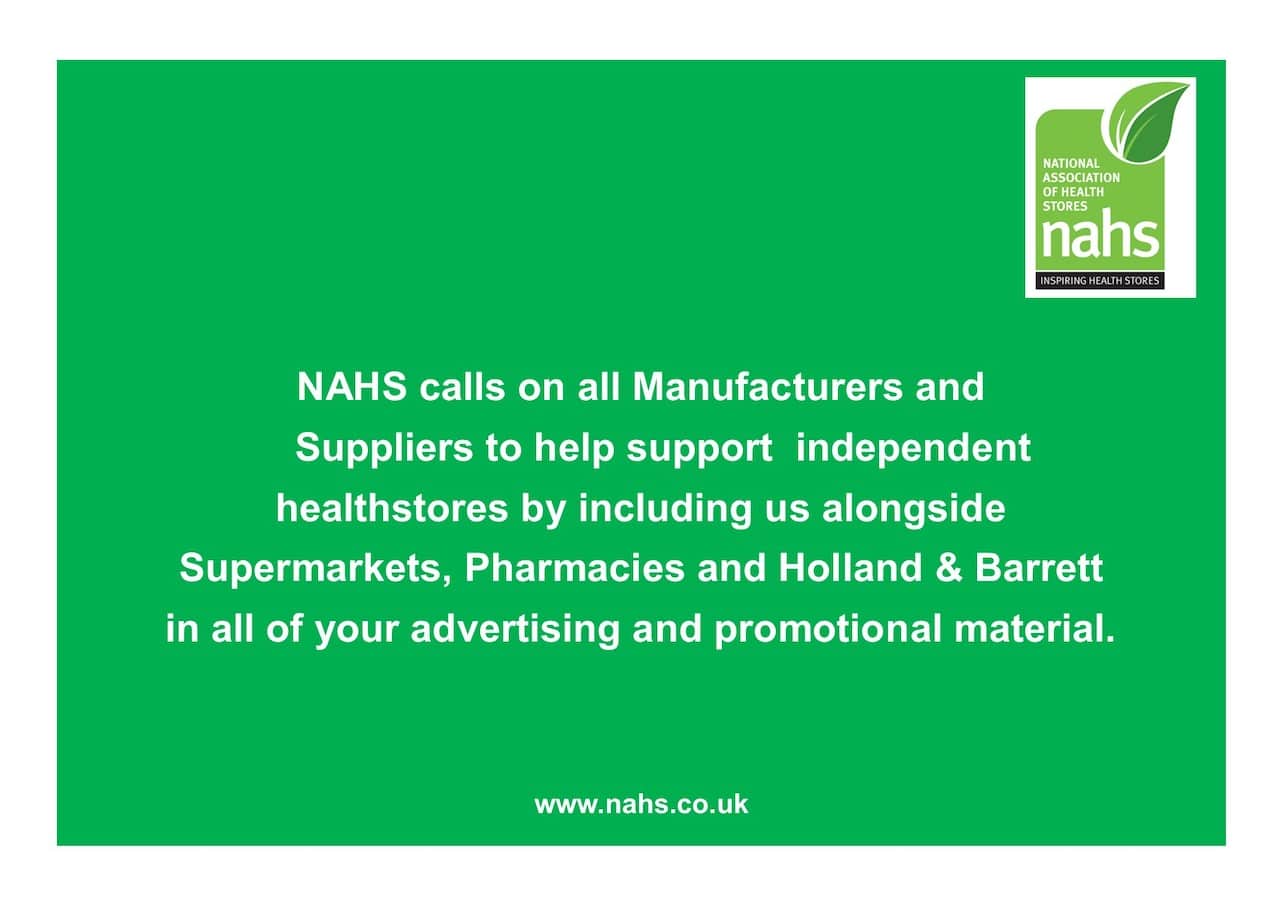