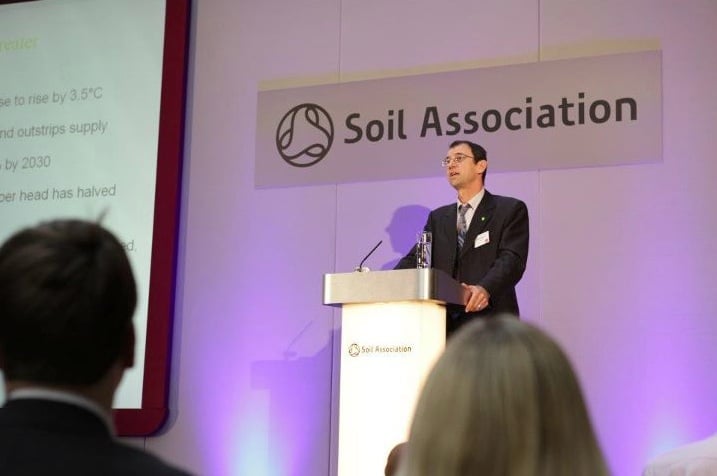 Oxfam’s director of policy and campaigns Phil Bloomer has urged the organic movement to reconsider its anti-GM stance.

He also acknowledged that the two billion of the world’s poorest people were fed by 500 million smallholders, “not the mega farms of Brazil”. Organic had a real role to play in battling the ‘perfect storm’ that threatened populations around the world — a situation that was being made worse by “highly secretive” land grabs by international investors.

But, he told the Conference: “The organic industry needs to be willing to be more open. Sometimes to people on the outside it seems very insular. And sometimes it seems that you are saying we have the solution, the only solution, and if you’re not fully on board we won’t talk to you. Organic needs to be part of a more pluralist discussion and to join the food justice movement.”

Bloomer added that “sometimes small-scale, agro-ecological approaches aren’t what is needed”. He cited the case of Malawi where a programme of fertiliser subsidies has helped “pull farming out of being a basket case to a bread basket”.

And he said that climate change would leave vast swathes of land unproductive creating an urgent need to maximise food production. Acknowledging that his comments were controversial, he told the Conference: “This is very contentious, but I think you may benefit from revisiting your compete objections to GM. I certainly have concerns about aspects of transgenic technologies myself. But I think we will need the assistance of biotechnology to meet the growth in efficiency that will be urgently needed.”