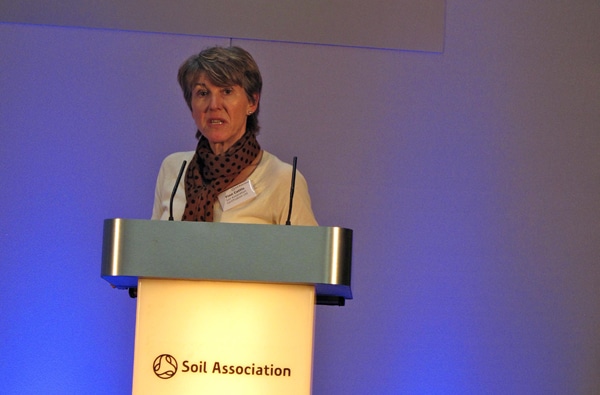 While sales of organic products rose 8.8% globally in 2010-11 they fell for the third year running in the UK, dropping 3.7% to £1.67 billion. The main cause of the decline was a 5% drop in supermarket sales due to cut backs on organic lines by the major retailers.

The figures, revealed at yesterday’s Soil Association Annual Conference, are contained in the 2012 Organic Market Report.

Reasonable performance
Launching the new report, the Soil Association’s trade consultant Finn Cottle said the 3.7% drop in UK sales was “an improvement over the previous two years — and a reasonable performance given factors such as low consumer confidence, rising inflation and high unemployment”.

But she pointed out that other countries — where organic sales continue to rise (France up 12%, Italy up 15%) — had been experiencing the same economic problems. “You have to say that we really don’t look like we know what we’re doing compared to the rest of the world. If you take a country like France you see an organic market benefiting from a very, very strong national action plan led by the French Government — and you see major retailers like Carrefour actually innovating in organic as part of that plan.”

Positive stories
But Cottle said that the report also contained positive news. Mail order, box scheme and home delivery sales were up 7% — partly as a result of the most committed organic consumers looking elsewhere when they discovered their favourite products had gone missing on supermarket shelves. Independent retailers, including health food stores and farm shops, also fared better than average recording a fall in organic sales of only 0.5%.

Losing interest?
In the UK, the main cause of the market’s overall decline was a 5% drop in multiple retail sales, which account for 71.4% of organic food sales. Reduction of choice (many lines have been delisted) and a lack of communication about the reasons to buy organic products are the key factors of this decline, says the Soil Association.

Drilling down further, the organic charity identifies “a striking lack of investment in own-label organic ranges and minimal marketing”. This, it says, explains why supermarket own-label sales dropped by 9.5%, while organic brands dropped by just 2.9% — with a number of individual organic brands actually reporting growth. Waitrose — “the only major supermarket engaging

in significant promotional activity or investment” — was able to hold on to more of its organic food sales, seeing a fall of 2.2%.

• Sales of organic products in the UK fell 3.7%

• Supermarkets and multiple retailers accounted for 71.4% of organic sales

• Dairy products and fresh fruit and vegetables continue to be the most popular organic categories accounting for 29% and 23% of sales respectively.