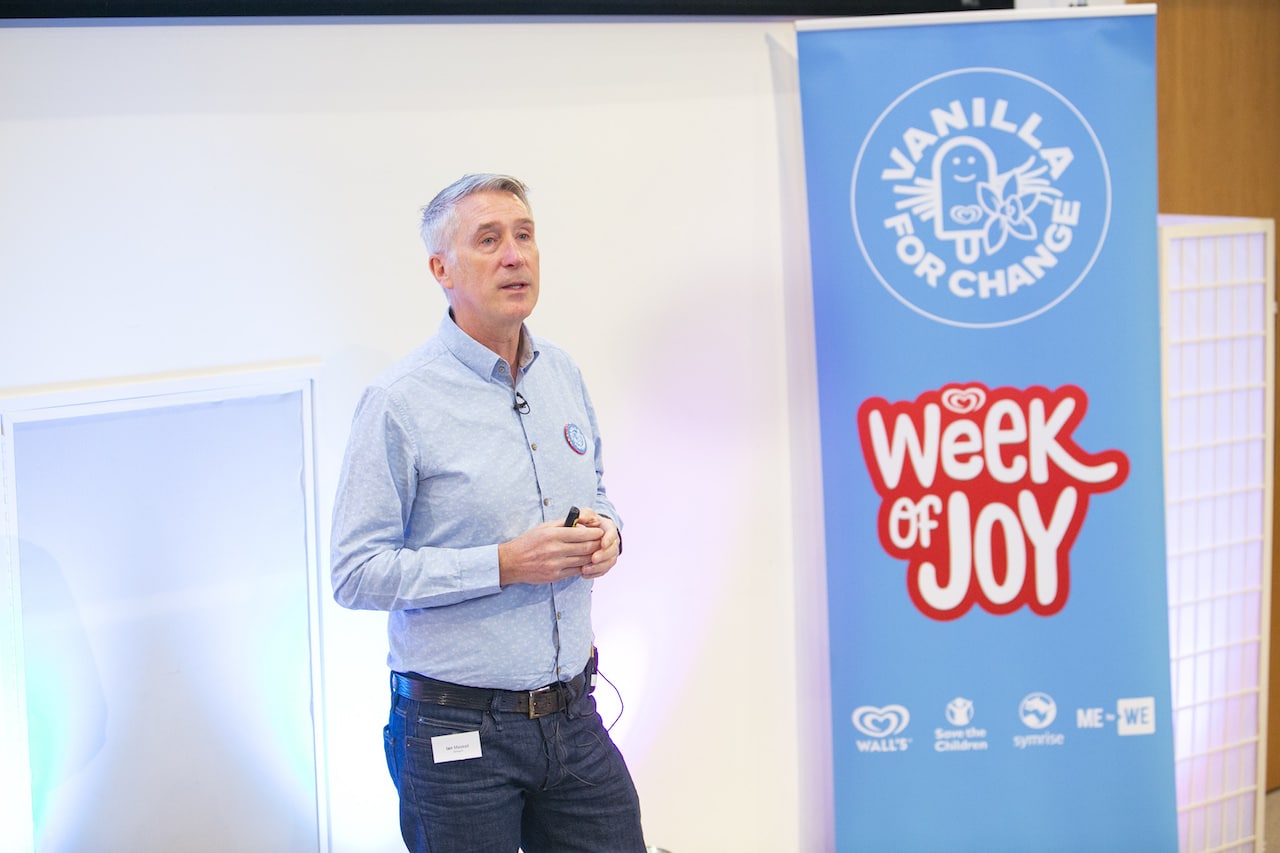 During a sustainability briefing at Unilever’s London headquarters on 17 May, Wall’s unveiled its Vanilla for Change campaign, detailing six years’ of work undertaken with Madagascan farming communities to ‘lead the way in the sustainable sourcing of vanilla’.

In partnership with Symrise, Save the Children and ME-to-WE, the Unilever-owned brand has been working to stabilize farmer incomes, improve livelihoods and create commercial and educational opportunities for the next generation of farmers in the world’s 11th poorest country.

So is Unilever stepping up its sustainability game or simply speaking more publicly about something it has been doing all along? The multinational calls it ‘a story we’ve been investing in for many years’ which has not been widely communicated. Now, under the leadership of new CEO Alan Jope, it has made what Ian Maskell – global vice president for marketing, Wall’s – calls ‘the very sensible, strategic choice’ to go public.

Maskell tells NPN that the decision came with the ‘benefit of hindsight’. “Our consumers don’t really understand the work we do … what we care about. We’ve been number one in the Dow Jones Sustainability Index for 14-15 years which we’re all very proud of but I’ve never met a consumer who could … understand what it means.

“You could argue we should have got there earlier, but it’s always a journey. We live in an echo chamber where we believe we’re doing purposeful work – we’re starting to realize the consumer hasn’t quite understood that.”

Hamish Taylor – sustainability advisor, Symrise – adds: “We realized we’d been making significant impact in Madagascar, and other organizations were talking about what they were going to do – we’d done it and hadn’t talked about it!”

Pilar Pedrinelli, a key figure in the campaign, adds that the timing of the announcement is due to having ‘found the right way of delivering’ the core message. “The problem with sustainable messaging [is] sometimes it’s too complex to understand. We wanted to tell the right story in the right way.”

Maskell also acknowledges what he calls ‘a tipping point in the world’ in terms of audience engagement. “Programmes like Blue Planet really raised awareness of the issues of biodiversity and the importance of sustainable sourcing and the ethical considerations around the way we farm – and of course we see the commercial benefits of doing that; we’re a business. We make choices based on the way consumers will perceive us. We know [they] want to buy products that are making an effort to do better for the planet. We will unashamedly talk about that. We want our competition to do it because we believe that if everybody does it the bar goes up and the world becomes a better place.”

Programmes like Blue Planet really raised awareness of the issues of biodiversity and the importance of sustainable sourcing and the ethical considerations around the way we farm – and of course we see the commercial benefits of doing that; we’re a business

While vanilla has been the focus until now, Taylor explains that its supply chain work has provided it with ‘positive scalable mechanisms’ which the partnership intends to extend to other crops in different countries. “Ian is challenging us with that at the moment … looking at what we can bring to the Wall’s portfolio. When we’ve got it done and it’s robust, we’ll tell you, ” he says.

Oonagh Turnbull, UK director, ME-to-WE, tells NPN that the charity’s decision to partner with Unilever was born out of combination of factors including ethics, business model and global reach: “We as an organization have been around for almost 25 years. Our head office is in Toronto, so we have a very strong presence in North America and we’ve been in the UK for about eight years. Over that time we’ve been working with lots of big purpose-led organizations to grow our presence; the work that we do in schools, in international communities and also the products that we sell for good. Unilever has … many similarities to the work that we do. Our vision is about making ‘doing good’ doable and, in essence, that’s what Unilever products are about as well.

“[We] wanted to work with the organizations who we knew could help us deliver the impact that we need to in the UK – in other words, have the brand presence, the reach and also … similar values. It’s a very diverse group of organizations working together here and what’s been wonderful about it is that we’re all driven by this purpose. We want to have a much bigger impact because of the need to empower new communities to make a difference and become more sustainable. We’ve got this common goal and that has kept us together through what has been a complicated project.”

Our vision is about making ‘doing good’ doable

Speaking on behalf of Symrise, Hamish Taylor, sustainability advisor, addresses the same question: “We’ve been working with Unilever for a very long time. The common interest in the programme in Madagascar was about making sure that we could actually secure good access to good quality vanilla and do some good on the ground at the same time. We’ve been working with Unilever on supply chains issues in respect of vanilla for about ten years. When you’ve got that support from the communities and you’re making a difference, it’s a very powerful motivation to keep on doing it. That’s the wonderful thing for us as a company – seeing Unilever take this story to consumers in the UK and seeing … the story we’ve built together actually being brought to consumers’ attention hopefully in a very powerful way is tremendously exciting.”