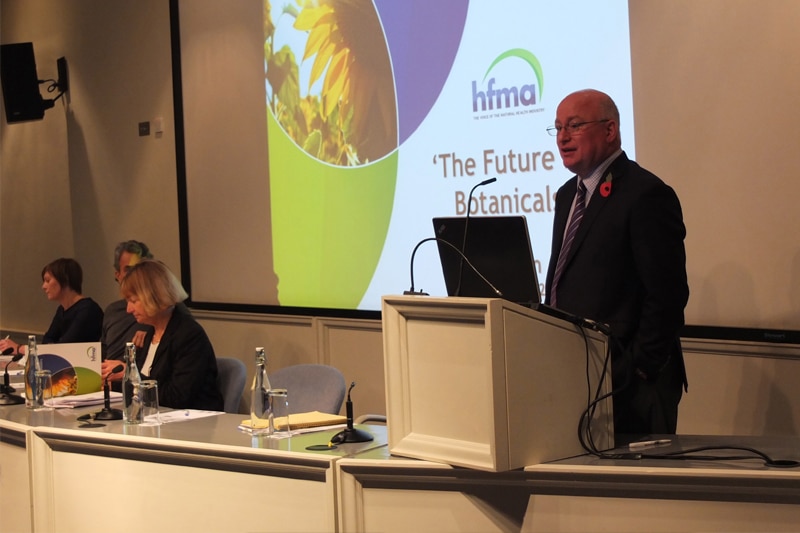 Industry interest in botanicals has been running at an all time high over the last couple of years.

With the huge costs and technical burden of the Traditional Herbal Registration (THR) scheme, ushered in by the EU Herbal Directive (THMPD), a re-classification as ‘botanical’ represents for many the best hope for keeping the widest possible range of beneficial herbs on health store shelves.

Of course botanicals are already a major category in their own right ­ – accounting for 40% of the global supplements market. And with more consumers looking for convenient ways to boost their antioxidant intakes and ward off ailments, their importance is likely to grow for both the natural products industry and the millions of consumers who rely on botanical supplements every day.

Uncertain future
But the future of the botanical food supplements category has been thrown into uncertainty by the current regulatory minefield. As well as a lack of clarity about the status of individual ingredients – medicine or food? – the whole process of evaluating health claims for botanicals has ground to a halt while the European Commission consults with member states on what to do about them. A further threat could come from issues around safety as EFSA’s Scientific Committee reviews its ‘Compendium of Botanicals’ (a list of botanical ingredients permitted for use on food) – some countries are already pushing for a ban on certain botanicals on public safety grounds.

Against this backdrop, what then is the future for botanicals?

That was the question posed by a special HFMA workshop last month, which brought together leading industry figures, regulatory and legal experts from the UK and Europe.

In his introductory comments HFMA executive chairman Graham Keen said that “botanicals will be the big subject of the next year”. And this was not for the best of reasons. The European Commission was “in a bit of a jam over botanicals” said Keen. Botanicals were getting an inconsistent treatment from the different pieces of legislation used to regulate them.

No legal definition
So what is a botanical? That’s a question that has been exercising a lot of minds recently. Unlike herbal medicines there is no legal definition for botanicals, explained HFMA vice-president, Penny Viner. EFSA’s Scientific Committee views the term as meaning ‘…all botanical materials (eg, whole, fragmented or cut plants, plant parts, algae, fungi and lichens)’. But the term is more commonly used to describe plant materials when they are used in foods and food supplements – differentiating them from plant materials used in herbal medicines.

The suggestion that the term ‘botanical’ is a flag of convenience in some parts of the EU is perhaps born out by a recent survey (EHPM, 2011) of the ‘Most Popular Botanicals in Europe’. Included in the list of the 16 top-selling botanicals are plant varieties that “many in UK would see as residing exclusively in the province of medicines” said Viner (Echinacea, St John’s Wort, Valerian and Saw Palmetto are all riding high in the Top of the Bots chart).

The question of which legislation – food or medicine – prevails in the case of particular botanical materials is another blurry area, with the main EU Medicines Directive appearing to offer contradictory interpretations.

Options on the table
Cynthia Rousselot, European policy director at EHPM, reviewed the options being tabled by the European Commission on how to tackle the current inconsistencies in the way botanicals are treated. In August, the Commission published a discussion paper to consider what kind of scientific protocols are appropriate to treat the 1500 botanical health claim submissions lodged under the Nutrition & Health Claims Regulation (all currently on hold).

The Commission has offered two possible routes forward – Option 1, effectively maintaining the status quo, in which botanicals would be subject to the same scientific standard used by EFSA for other health claims (and which would almost certainly mean the loss of all botanical indication claims and pitch botanicals manufacturers up against big pharma companies), or Option 2, consideration of other actions to deal with botanicals.

Rousselot says EHPM is arguing strongly for Option 2. EHPM believes that ‘traditional use’ is an essential element for the acceptance of health effects of botanicals (while ‘traditional use’ is accepted under the THMPD in place of efficacy data it is rejected under European Health Claims law – leading to the Dutch trade body NPN to ask if the EU legislature intended to “simultaneously permit and prohibit traditional use claims”!)

EHPM maintains that “THMP indications cannot be considered as exclusively medicinal” and says many fall under the definition of a health claims. If such claims are accepted for foods they should also be acceptable for ‘botanical food supplements’, the European trade body argues.

The Commission’s decision on its recent botanicals consultation is still awaited, with some member sates supporting Option 1, some Option 2, but the majority “sitting on the fence”. Penny Viner noted that the Commission is itself thought to favour Option 2. Whichever way the Commission goes however, its decision will have major implications for the future of the botanicals category.

On the border
Inevitably, there was a great deal of interest at last month’s workshop on ‘borderline issues’. As Penny Viner noted, both herbal medicines and botanical food supplements are presented in dose forms (as tablets, pills etc) and both products types – under appropriate circumstances – can make a claim for an effect.

The crucial differentiator, she said, was their ‘intended use’ – in other words, was the product  ‘culinary’, ‘supplementation’, for ‘reduction of disease risk’ or a ‘treatment’?

One rule for one?
Ultimately, it is likely that individual member states will determine if a product is a medicine. And it is becoming clear that different approaches are being adopted in different countries. As Penny Viner told delegates: “In theory we have harmonization – but in reality we have lots of different things going on in different countries”.

Brian Kelly, a lawyer at Covington & Burling – the firm that prepared the HFMA/NPN legal challenge to the NHCR – said that there were “whisperings of agreements with Trading Standards to take proportionate action, and not act too quickly” (on NHCR compliance). But he said that the overall picture was uncertain and that the legal landscape for botanicals was “an absolute minefield”.

Call of the wild – The Medicine Hunter is in the building

Chris Kilham, ‘The Medicine Hunter’, was special guest speaker at last month’s HFMA workshop. A renowned international expert on plant based medicines, Kilham said that “botancials – prepared in different ways around the world – are used more than any other treatments”. In a passionate defence of using whole plants and foods for treating illness and maintaining health, Kilham said it was a “foolish idea to isolate components in foods – they develop they way the do to express multiple benefits”. Decrying the reductionist approach, he said: “Sometimes when I’m giving a talk to chemists I’ll be asked ‘what’s the active ingredient in macca, or acai?’. But they never say ‘what’s the active in an apple?’ – they accept that the beneficial thing is the apple!”

Kilham said that the understanding about how plant chemicals behave in the human body is changing fast. “Antioxidant theory is out to lunch, it’s changing all the time”. And he said that the days when sceptics could argue that there wasn’t enough science to support the benefits of food as medicine were “long gone”.

• For more information about the HFMA visit http://www.hfma.co.uk