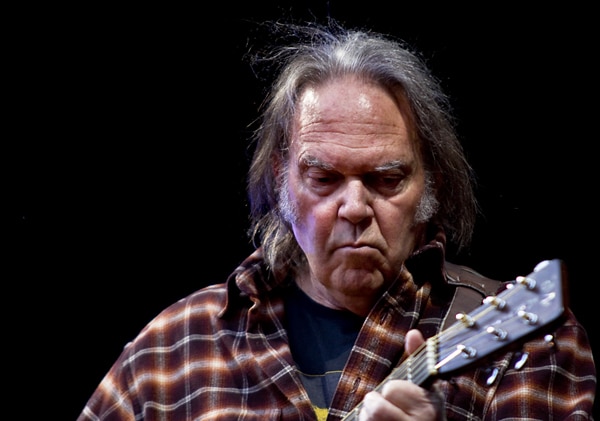 Young’s 2016 UK/EU tour continues with the ecological and anti-corporate themes explored in his latest albums, The Monsanto Years and Earth. Like the US tour, the European tour will be accompanied by an ‘activist village’ made up of a coalition of campaign groups and charities. Young has also recently launched a website, GoEarth.org, based around the activist village and intended as a resource site for helping people go green.

Young said: “The Monsanto Years are here and we are living them. Monsanto is the poster-child for what is wrong with corporate controlled government in our world. The Monsanto Years encompasses several associated subjects that millions of people worldwide are concerned about and active in. Earth is not ours. We are of the Earth. That’s how I feel. When we plunder our own home we hurt our children and their children after them. I feel responsible.” 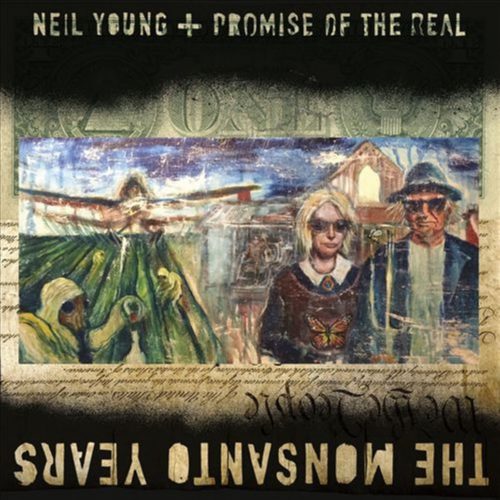 The activist village has already toured the US with Neil Young and his band Promise of the Real where it featured themed tents focussing on GMOs, Earth Ecology, Energy & Climate, Global Justice, Future of Farming, and News You Can Trust. Beyond GM, which participated in the US village, is now coordinating the UK and European village.

Beyond GM director, Pat Thomas, whose career has straddled both music journalism and activism, said: “Music by itself doesn’t change anything. But delivered, as it so often is, by charismatic, committed and creative artists, it has a unique ability to turn up the volume on social and political issues to the point where they are impossible to ignore. Activist musicians, like Neil Young, are plugged in to the current desire, and urgent need, for cultural change. They can bypass a corporate media, that is fearful of challenging the status quo, and put important issues like agricultural GMOs in front of the public and encourage them to turn the message into action.”

Beyond GM is partnering with Garden Organic to give out packets of organic seeds with a special postcard, featuring an iconic photo of Neil Young, to commemorate the concerts. “People love seeds, they get seeds,” Thomas told NPN. Speaking about the wider goal of the initiative, she said: “We’re all looking at ways of getting our message across and I think the brands that have come on board are excited by the potential for amplifying their message by bringing music and activism together.”

Cheryl Thallon, founder and MD of Viridian Nutrition, said: “We’re excited to get ‘on the road’ with Beyond GM and Neil Young, spreading the word about genetic modification. Health food stores close to the event venues would do well to pop along and see how they can support the campaigns – it’s a subject high on the agenda of many health store shoppers.”

Susan Curtis, deputy chair and director of natural health at Neal’s Yard Remedies, said: “We believe in nature, honesty and transparency, and your right to know what goes into the products you buy. As long term supporters of a non-GMO world we are pleased to support Beyond GM on the Neil Young tour.”

Clare Marriage, co-founder of Doves Farm, said: “I take off my hat to Neil Young who has spent more than 30 years raising awareness of organic farming, ethical food issues and family farms.  The Monsanto Years is another step towards a world uprising and demand for good, clean and fair food.”

Jeff Martin, managing director at As Nature Intended, said: “It’s an absolute honour to be sponsoring Beyond GM for the Neil Young concert in London. There is a strong affinity between what As Nature Intended represents and what Beyond GM seeks to protect. What a great way to get the message out there.”

Sebastian Pole, co-founder and herbal director of Pukka Herbs, said: “Pukka believes that GM technology has no place in our food chain due to lack of safety evidence and the huge increase in herbicide use that GM crops require. We’re delighted to be supporting Beyond GM for Neil Young’s UK tour which acts as an important stand against GM technology and the over-use of pesticides and herbicides in farming globally.”

• Find out more about Beyond GM here.