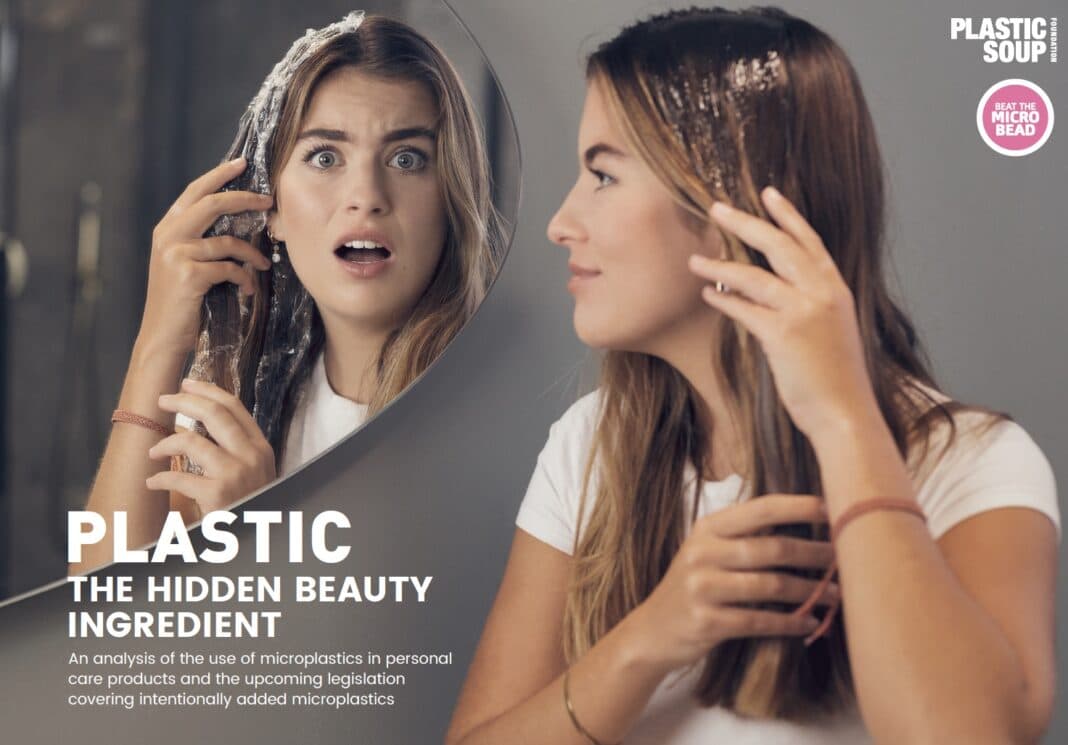 Following research from Amsterdam which discovered plastic particles in human blood, the Plastic Soup Foundation has published a report of the first ever large-scale study of the presence of microplastics in over 7,000 cosmetic and personal care products.

Of the 7,704 different products studied in the Plastic: The Hidden Beauty Ingredient report, 87% (almost nine in ten) contained microplastics – encompassing all synthetic polymers, whether added in solid, liquid, semi-liquid or water-soluble form, as well as nanoplastics and biodegradable plastics.

The environmental organization says the ECHA hasn’t included all polymers in its definition of microplastics. It says that plastic particles smaller than 0.1 micrometers are excluded from it, as well as all water-soluble, semi-liquid and liquid polymers (as the ECHA ‘only focuses on polymers in solid form’) and biodegradable polymers.

Plastic Soup Foundation head of programs, Jeroen Dagevos, comments: “It is disappointing that many of all synthetic polymers will not be considered microplastics if ECHA’s proposal is adopted by the European Commission. This could lead to greenwashing, because products could be falsely claimed to be plastic-free.

“Plastic Soup Foundation is not only of the opinion that all synthetic polymers should fall under the new regulations, but also that the cosmetics industry will be given a lot of time after the introduction of the law to remove the microplastics from their products: four years for rinse-off products and six years for leave-on products.”

The organization is calling for the harmfulness of synthetic polymers to be examined before allowing them onto the European market.

The full report can be found here.