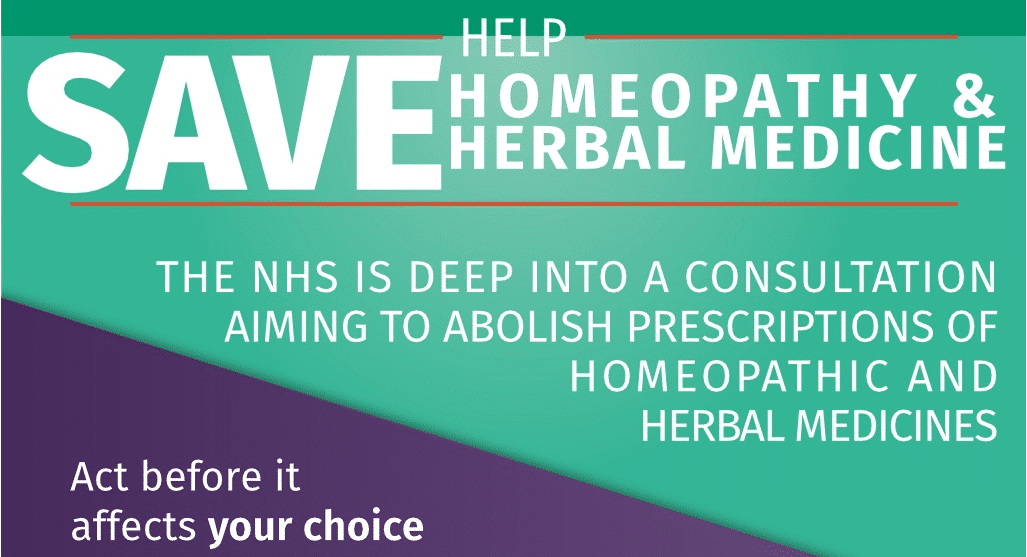 Supporters of natural medicine are calling on NHS England to abandon its proposal to stop funding prescriptions for homeopathy and herbal medicines.

In July, NHS England announced it was launching a consultation on whether 19 treatments – including homeopathy and herbal remedies – should remain available on prescription. NHS England says banning doctors from prescribing these treatments will help reduce the NHS’s spiralling drugs bill, which at present stands at £9.2 billion a year.

Organizations representing a variety of natural therapies are supporting a campaign to fight the NHS England proposal. Two weeks ago a parliamentary petition supporting the campaign was set up and after 12 days had already received more than the 10,000 signatures needed to require the Government to respond.

A spokesperson The Faculty of Homeopathy, the registering body for healthcare professionals who have integrated homeopathy into their practice, says: “The inclusion of homeopathy in the consultation is illogical. Patients would stand to be prescribed more expensive, conventional drugs in place of homeopathy, defeating the object of the cost-saving exercise. Furthermore, the NHS wishes to reduce the amount of prescription drugs patients take but would then stop offering complementary therapies which can help achieve this objective.”