Home » News » Pukka has a brainwave 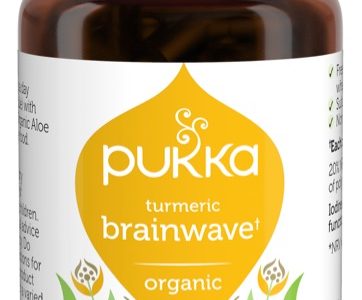 The herbal supplement was formulated by herbalist and Ayurvedic practitioner Sebastian Pole, who comments: “The herbs in this formula have been chosen for their ability to boost circulation to the brain, improve memory and mental clarity, lift ‘brain fog’ and provide protective antioxidant activity. Taking just one to two capsules a day can have quick-acting benefits for brain function, memory and focus, as well as providing long-term protection against future changes.”