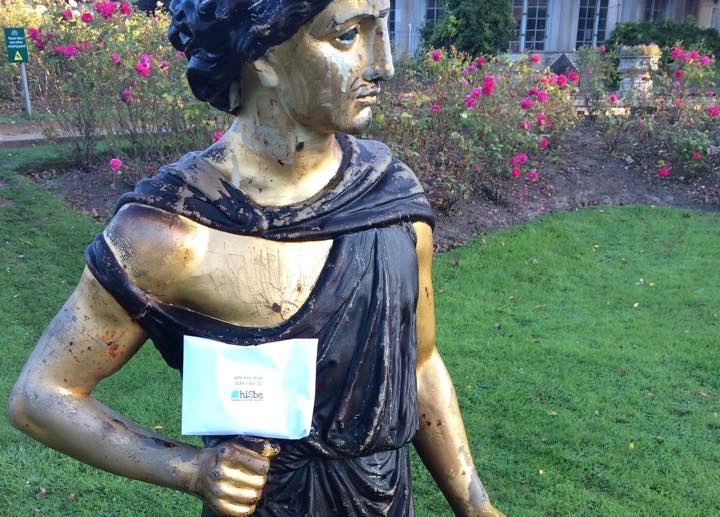 If you go into Brighton today you may be in for a little surprise – over the next couple of days social enterprise store hiSbe is placing small gift packages around town for the public to find. 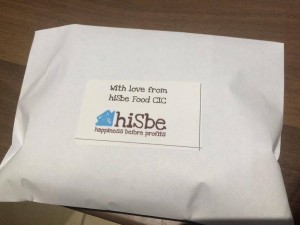 “We decided to do a little guerrilla marketing plan that we’d been thinking about for a little while,” explains Amy Anslow, co-founder of hiSbe. “We sometimes get samples and treats from our suppliers so instead of using them in the normal way or letting staff have them we decided to package them up along with a discount voucher for hiSbe and a little note – just make it cute – and pop them around – in bushes and on window ledges, all over town. It’s just for a bit of fun really.”

And the plan has already garnered a really positive reaction. “I got up early and put loads out this morning hoping that people would find them on their way to work,” says Anslow. “And when I got back to the shop a lady came in who had just found one of the gifts. She was really pleased as she had been on her way to a meeting about a job and was really nervous about it but after finding the gift she said she felt her luck was in and she went off feeling much more confident.”

The packages were made up by pupils from Brighton College, which does Make a Difference Day where students help out at a charity or a social enterprise for the day.

“We’ve got quite a lot more to go out over the next few days and hopefully people who haven’t heard of us will look on Facebook or Twitter or pop into the store, or maybe we’ll just make someone smile – that’s the idea. We’d much rather do this kind of thing then spend money on press advertising or something like that – for a social enterprise that isn’t always a good use of our money so this is a bit more direct – to give something nice for people to find as they’re walking around.”