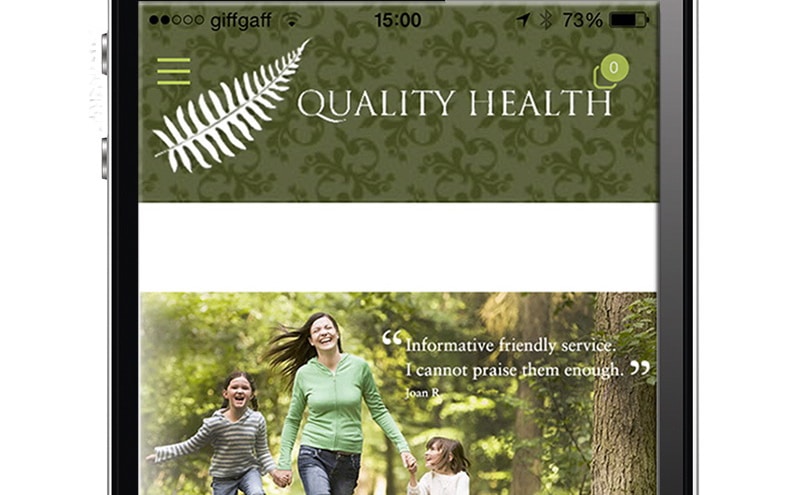 Quality Health Foods in Harrogate, which has been serving the town for over 30 years, recently introduced a smartphone app in a bid to increase awareness of the store, both online and off, and facilitate access to its online shop.

The app, which is available on both Android and Apple smartphones, was created by a customer who is an app developer. Because of the fact that people are increasingly using their smartphones, store owner Linda Le Floch hopes the app will lead more people to the shop’s website. As well as enabling users to buy directly from Quality Health Foods online store, the app also contains loyalty offers and news as well as words of wisdom from the store’s dog. Le Floch explains: “I’ve got a little dog called Saffron and our customers all love her, so on the app we’ve got a ‘Saffron Sayings’ section (because she’s very wise, our little dog) where she offers up a daily inspirational saying. There are also daily news snippets and health information, for example about zinc or detoxing.

“It’s a really nice app. Instead of being just about our health food shop it’s got extra things as well. For example, if you park in a city it will remember where your car is parked, and it’s got a tip divider so you can work out your restaurant bill – just little extra things that people will use regularly, hopefully encouraging them to use the app more. The other thing it does is tell you the location all the people who have the app and how many are within a certain radius of the store. So if we’re doing a tasting day, the app can push out a message to everybody within a specific radius inviting them to come in and have a sample of free tea or something – people are more likely to come in if they’re fairly nearby.”

“If we’re doing a tasting day, the app can push out a message to everybody within a specific radius inviting them to come in” 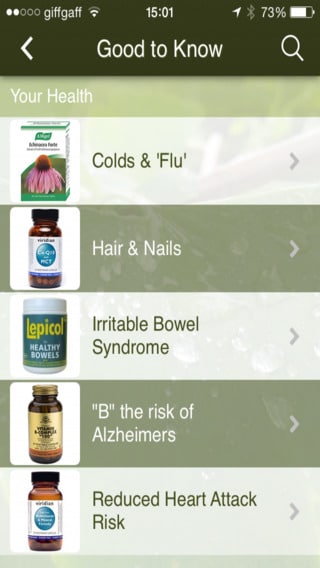 Although Quality Health Foods does have an online store, this isn’t where the heart of the business sits as far as Le Floch is concerned. “If I am absolutely honest, online selling is not something I think suits the health food trade because I think the minute you start to do it it’s becomes all about price – and we’re not all about price. You can’t just put your head in the sand and say we can’t do it, so obviously we do do it, but our shop is called Quality Health Foods and that’s what our ethics are. We’d much rather sell something that was of the right quality and the sort of product that’s going to work rather than being all about price. However, we’ve got the online store so we’ve got to try to push people towards it as well haven’t we?”

Le Floch admits she’s not a social media expert or particularly a fan, but Quality Health Foods has also stepped up its social media activity recently, increasing its presence on Facebook. “We’ve got Sarah who’s our Facebook guru and it’s starting to connect us other groups, so we’re now linking with Mumsnet in Harrogate and a menopause group – it’s a bit like a spider’s web. It’s just a communication thing and you can’t ignore it. If the masses are using it you can’t afford not to.”