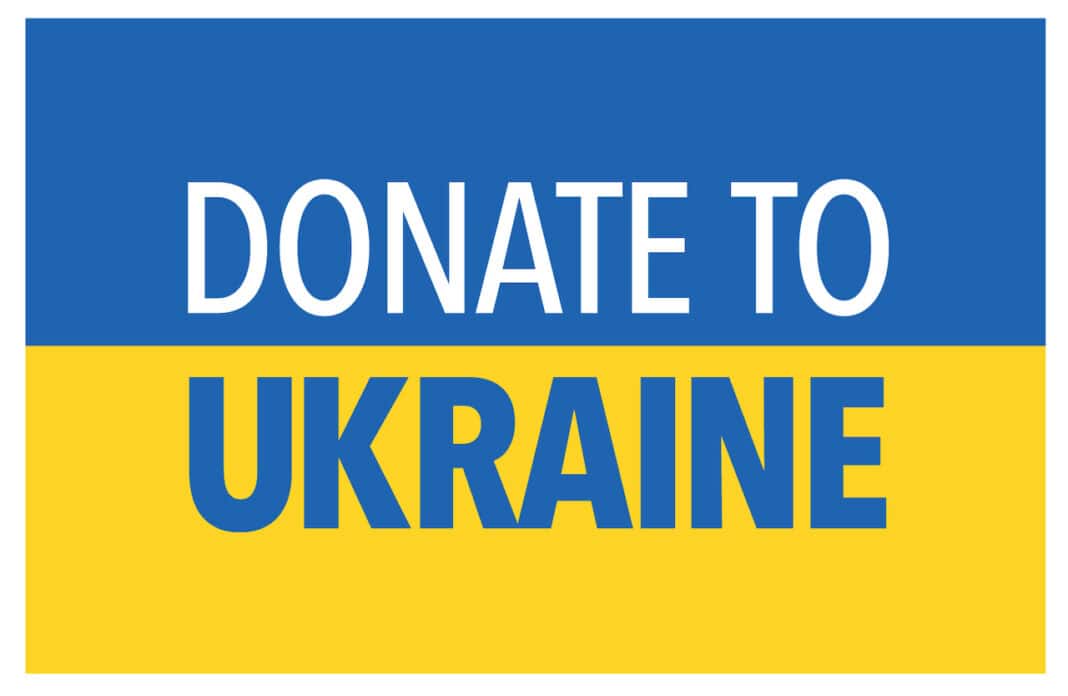 Following the Russian invasion of Ukraine, NPN rounds up collective action taken by UK food, health and beauty businesses during the early days of the war to support Ukrainians as their country came under attack.

The events which unfolded in Ukraine in late February were met with an impassioned response around the world, as citizens and corporations channelled shock and anger into tangible action. Businesses in the UK’s food, health and beauty industries were among those rallying to support Ukrainians as the country came under siege from Russian invasion.

Speaking on the likelihood of rising food costs, Karen Betts, chief executive of the Food & Drink Federation, made the following comments: “We’re urgently working with companies in our sector to understand the impact of the sanctions imposed on Russia. Businesses want to do the right thing in ensuring they abide by the measures taken by governments in response to Russian aggression. We anticipate that some food and drink companies will experience supply chain disruption as a result of the war in Ukraine, given that commodities – such as grain and sunflower oil, as well as other inputs including packaging – could be affected. We will work through these as efficiently as possible, but with manufacturers also exposed to further rises in energy prices this could well add to current inflation.”

The British Beauty Council collated information on a number of charitable initiatives working to support those affected by the conflict, including The Beauty Banks (collecting essentials for those who have lost their homes) and The Toiletries Amnesty (providing ‘large-scale donations of essential hygiene products to refugees in Ukraine, Poland, Romania and Moldova).

With sanctions growing and boycotts gaining popularity, UK supermarkets Sainsbury’s, Aldi, Waitrose and Asda removed all Russian produce from their shelves, while Tesco said it would not place any further orders with Russian suppliers or ‘buy products from businesses that are wholly Russian-owned’.

Allergy Certified – which works closely with brands in Poland, where some 1.5 million Ukrainian nationals have sought refuge – chose to donate to the Polish Humanitarian Action group, which has been assisting refugees with basic necessities.

Animal rights group PETA advocated for the ‘safe harbour’ of Ukrainian people and their pets in the UK, while highlighting other nations easing entry regulations for ‘humans and their companion animals’.

Health stores swiftly united their communities with fundraising efforts at local level. Keto retailer Adonis Foods said the problems it aimed to solve every day in its business are ‘dwarfed’ by the crisis in Ukraine. “We stand with the victims of the war and ask everyone to push governments and to do what you can yourself to support people in need, in whatever capacity that may be, to help end the conflict.” Food Story Scotland offered up its café premises as a drop off point for goods such as hot water bottles, energy bars, sleeping bags, period products, pet food, first aid kits, flasks and dried foods. Zero waste store The Healthy Life Company highlighted a list of B Corp-approved charities which were supporting Ukraine. Weigh To Go Edinburgh doubled any revenue from sales of its Ukrainian honey cake, to donate straight to the cause. Shaken by ‘the terrible events’ The Refillery teamed up with fellow local businesses to gather tinned food, chocolate bars and first aid items to ‘ease the conditions of suffering innocent people’. Specialist food shop Alternative Stores collected donations of backpacks, camping mats, painkillers and flu medication, wound dressing, thermal garments, baby food and power banks for mobile phone recharging. Similarly, Naturalife Bridport signposted collection points in Dorset for supplies being transported by lorry to the Polish border. Wild Honey let residents of Oxford know where donations could be collected and what was needed, telling its Instagram followers: “We have all been heartbroken and horrified by the shocking scale of violence being unleashed against our brothers and sisters in Ukraine.”

Brands also flocked to condemn the war and lend support to those affected. Better Naked took the decision to rename its plant-based Kievs to Kyivs, ‘in solidarity with the Ukrainian people as they continue to defend against Putin’s invasion’; brand owner Finnebrogue pledged 50% of the profits from sales of the Kyivs in 2022 to humanitarian relief efforts, beginning with a £10,000 donation to UNICEF and the Red Cross. The Gutsy Company launched a limited edition Captain Kombucha Ginger & Lemon with the message ‘All on board for Ukraine’; 100% of the profits of the product went to United Nations Office for the Coordination of Humanitarian Affairs in Ukraine. Peter Matuska, CEO, commented: “We can’t watch this crisis and do nothing … We feel every effort is worth it if we succeed to provide some comfort to families in pain.” MOMO Kombucha began donating 20 pence from every bottle sold online to Save the Children UK’s Emergency Ukraine Fund. And UpCircle committed £1 from every sale of its Cleansing Beauty Balm to volunteer-run organization Razom, stating: “Along with the rest of the world we’ve been watching in shock as this catastrophic series of events continues to unfold in Ukraine. The relentless brutality and casualties mean this is a humanitarian crisis requiring urgent aid and attention.”

Organizer of Natural & Organic Products Europe, Diversified Communications, has launched its own donation page, with call to action buttons across all its trade show and publication websites and social media platforms. In a statement, managing director Carsten Holm said: “We are all impacted and saddened by the unnecessary destruction taking place in Ukraine, and the devastating impact it is having on the Ukrainian people. People are in desperate need for help and we feel we have a duty to get involved, so we encourage all our friends, visitors and exhibitors to support our fundraising efforts at this difficult time. With over 100,000 people attending our events or reading our publications and websites each year, if everyone donated just £10 we could raise a very serious amount of money.”

All donations will be sent to the Disaster Emergency Committee, which distributes funds to 15 leading charities involved in Ukraine. The total amount raised will be updated regularly on the donations page: www.divcom.co.uk/helpforukraine/.