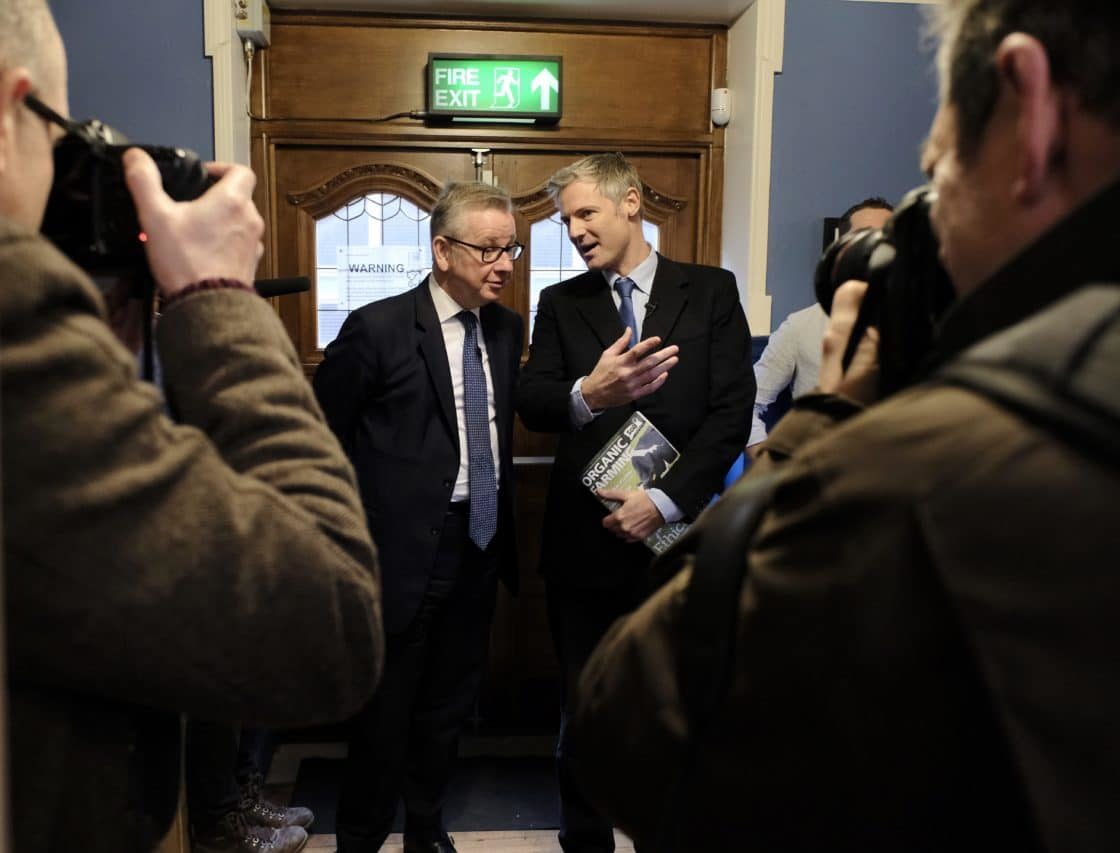 Gove gave the pro-organic audience what they wanted to hear. As a result, he is now treated with suspicion by the NFU and agri-business. At the establishment event Meurig Raymond, NFU president, questioned Gove’s ‘green-ness’. Similar views were expressed by Zac Goldsmith MP, who chaired the Real Conference event. Goldsmith opened with the remark: “If this is the Real Farming Conference, I don’t know what that makes the other one.”

Public money should be going to people who farm in a sustainable fashion, but also look after nature

Gove received rapturous applause from a previously sceptical audience after noting that while one conference was nearly 90 years old, the younger of the two was larger. 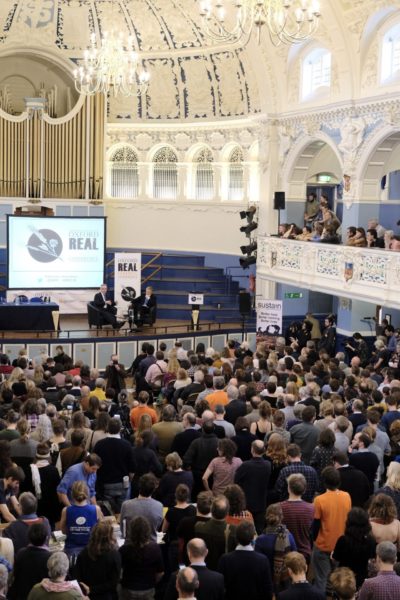 Goldsmith questioned Gove for 20 minutes before the minister took a further 40 minutes of audience questions. A total of 950 people bought tickets to attend the two days, with 350 applicants turned away. Only nine years ago, the launch of the conference attracted a mere 35 people to a room above an Oxford café. It is now larger than the established event.

One of the reasons for the conventional farming worries was underlined when Gove explained that Defra had £3 billion a year to spend, adding: “Public money often goes to those with the deepest pockets. It seems wrong to me. The way it operates is to reward the bad and inefficient farming. I think we should be using that money for improving the environment. It is driven by maximizing yield. Public money should be going to people who farm in a sustainable fashion, but also look after nature.”

Goldsmith made the point of farmers with five acres or less, who no longer get a Defra grant, and asked how finance could be changed to back start-ups. Gove replied: “There are some people who use agricultural land for tax avoidance rather than look after nature. Changing the method of subsidy can change the direction about how people will move into agriculture.”

Guy Watson, founder of the Riverford Organic box scheme and married to Geetie Singh, the owner of the UK’s only organic certified pub, told Gove that when he started growing leeks 30 years ago, he got advice from ADAS. “Now I grow leeks in France and I get a lot of help from the local Chamber of Commerce”. Gove told him: “Other countries tend to be better at helping collaboration among farmers. In a more organized form here I don’t know what the answer is. We have very good coalition of interests like the Soil Association. I’m genuinely interested in how to do it.

Yet again Mr Gove is showing progressive thinking. It took the room by storm

He failed to answer a question about why it costs money to be qualified as an organic farmer, and yet those who farm ‘badly’ pay nothing.

Speaking afterwards, Helen Browning, Soil Association CEO, said: “Yet again Mr Gove is showing progressive thinking. It took the room by storm. It is great he is saying the same things to different audiences”.