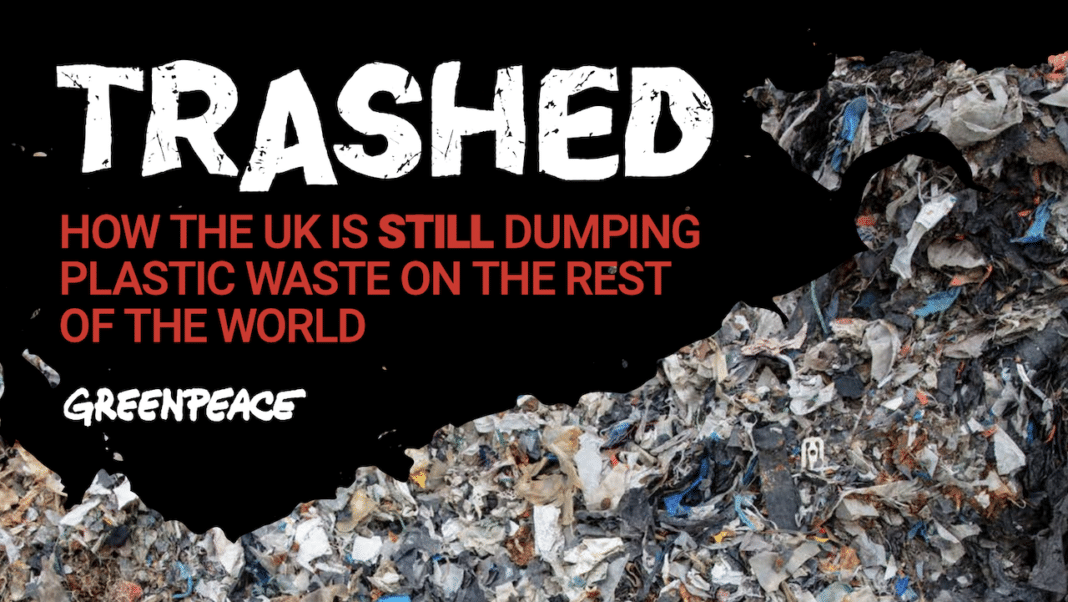 Approximately 40% of the UK’s plastic waste is being exported to Turkey before being illegally dumped and burned, according to a new report by Greenpeace – Trashed: how the UK is still dumping plastic waste on the rest of the world.

Investigations by the charity into our ‘already overwhelmed’ recycling system uncovered that UK plastic waste is now overwhelming the recycling systems of other countries, ‘causing serious harm to their citizens and environment’. Countries particularly affected are Turkey, Malaysia and Poland.

The news comes as research by Australia’s Minderoo Foundation finds that just 20 polymer producers account for more than half of the world’s single-use plastic waste.

According to figures from The Environment Agency’s National Packaging Waste Database, 688,000 tonnes of plastic packaging waste were exported abroad in 2020 – that’s a daily average of 1.8 million kilos. Here in the UK, just 486,000 tonnes were recycled.

Greenpeace reports that investigations by environmental organizations have uncovered ‘major problems’ in what actually happens to our exported plastic waste once it reaches foreign soil. Both Greenpeace and the BBC have reported discovering British plastic waste being burned by the side of the road in Turkey’s Adana Province in 2020. And when the charity investigated ten sites in the region it documented ‘piles of plastic waste dumped illegally in fields, near rivers, on train tracks and the roadside. “In many cases the plastic was on fire or had been burned,” states the report, and it included packaging from British retailers the Co-op, Aldi, Sainsbury’s, Marks & Spencer and LIDL. At one site, investigators discovered packaging from coronavirus antigen tests, indicating that the rubbish had arrived during the past year.

In Malaysia the story was similar, where ‘local authority recycling bags from London and Essex’ were present, as well as Fairy dishwasher tablets, Flora butter and Heinz Baked Beans packaging (the Malaysian government then returned 42 containers of ‘illegally imported’ plastic waste back to the UK).

Greenpeace stresses that it’s not enough for the Government to merely ban exports of plastic to other nations, but to bring an end to ‘the dumping of plastic waste that passes for recycling’ and, moreover, ‘drastically cut the amount of plastic produced in the first place’. “Use the Environment Bill to set legally binding targets to reduce single-use plastic by 50% by 2025 and to introduce mandatory corporate reporting on plastic reduction, in order to create a level playing field for industry to transition to refill and reuse,” Greenpeace urges.