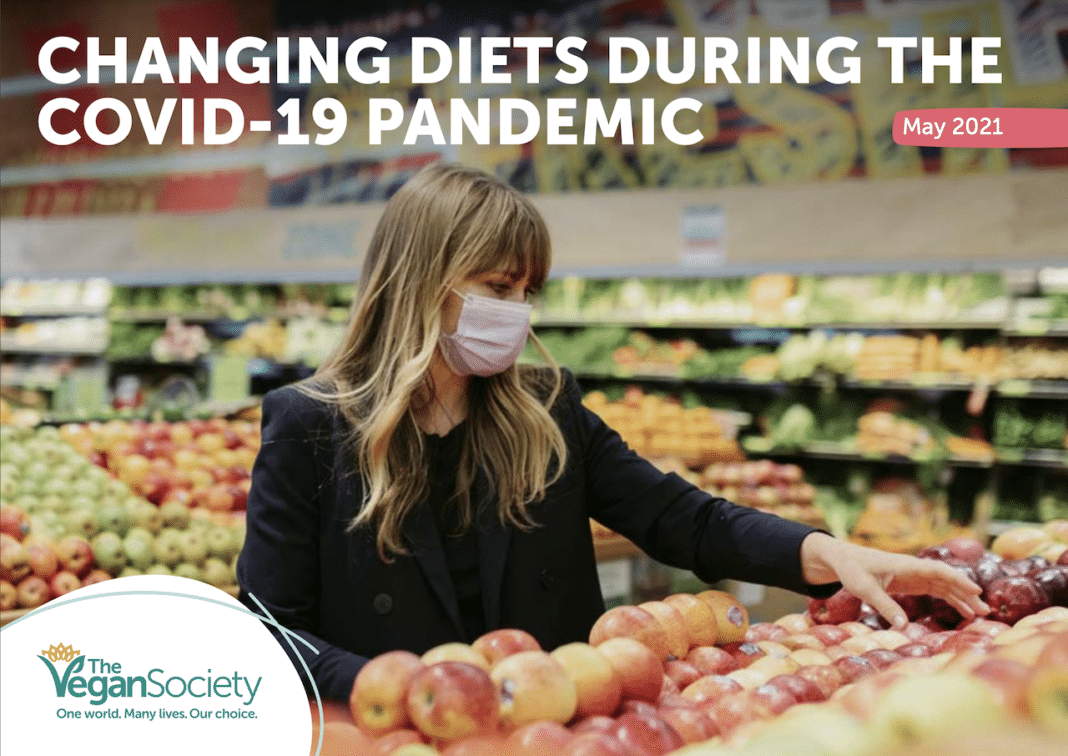 Since the start of the pandemic, one in four Brits have reduced the amount of animal products they consume, according to the results of new research published this month by The Vegan Society.

The survey – Changing Diets During the COVID-19 Pandemic – focuses on shifts in consumer habits over the past 12 months.

During that period, the research shows 20% of people have reduced their meat intake, 12% have minimized their egg and dairy consumption, and 7% have cut down on all three – which equates to one in four having cut back on some form of animal product since the beginning of the first lockdown.

The Vegan Society also reports that 32% of people are more actively considering their personal impact on the planet.

A second survey, aimed specifically at the one in four, looked at motivations: 35% reported being motivated by health concerns, rising to 39% among those aged 55-plus; 30% put the environment as their primary reason; and 21% said it was out of concern for animal rights issues.

In place of animal products, 54% revealed that they used lockdown as an opportunity to try meat alternatives for the first time and 78% of those said they intended to continue purchasing them in the future. 36% of respondents ventured into the plant-based milk category for the first time after the pandemic hit, and of those 67% confirmed they plan to buy dairy-free milk beyond lockdown. Classic vegan staples such as lentils and chickpeas came out on top, with 74% of those who are new to these products stating they would buy them again.

When compared with a similar survey conducted by The Vegan Society in spring 2020, the 2021 results showed a shift in motivation; when the pandemic first began 41% of those who reduced their meat and dairy intake did so because their preferred product was in short supply on supermarket shelves.

Louisianna Waring, insight and commercial policy officer, The Vegan Society, reacts to the figures: “It’s fantastic to see that not only are people consciously cutting back on animal products, but that this trend has continued over the last twelve months. It’s no surprise that the pandemic has inspired so many consumers to make the switch to plant-based alternatives and adopt a more planet-friendly diet.

“COVID-19 has certainly made people think twice about what they’re eating and where it’s coming from. This is highlighted by the large number of people cutting down on animal products because of their own health concerns.”