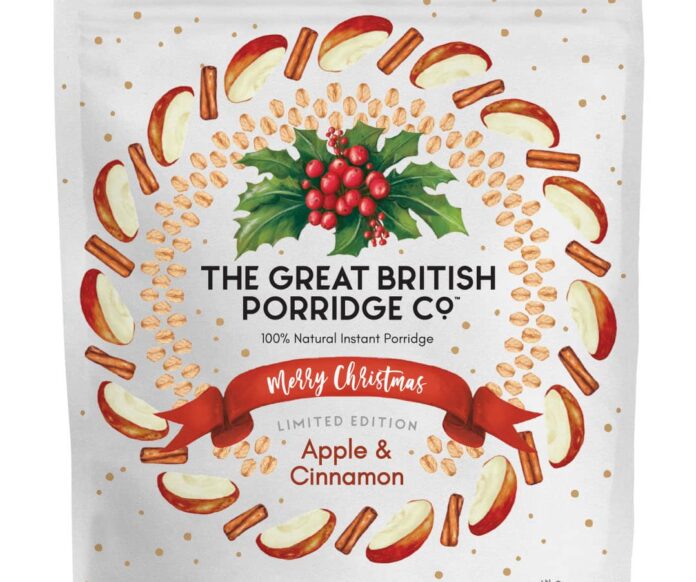 The Great British Porridge Co has launched a new Christmas-inspired flavour in the run-up to the festive season. The 100% natural, gluten- and dairy-free Apple & Cinnamon Instant porridge is available in a 385g pouch.

Ahead of Christmas, Yeo Valley Organic has launched its Half Fat Sweet Crème Fraiche with Salted Caramel or Vanilla ‘for 100% organic indulgence’.

Sharpham Park has unveiled a new five-strong hamper collection ahead of the festive season, which combine its own produce with treats from other local businesses. The new hampers are: For the Bakers; Coffee Lover; Tea Lover; Gardeners; and Christmas.

BetterYou’s Magnesium Sleep Lotions have been reformulated to remove all traces of palm oil and palm oil derivatives and they’re now suitable for vegans. The packaging has also changed to a flip-top cap.

Neal’s Yard Remedies has launched a new direct to consumer website in the UK, powered by THG Ingenuity.

A new joint venture will see the introduction of a Montezuma’s chocolate counter within Booths supermarket’s Knutsford store, where customers will be able to choose from a selection of the brand’s bestselling truffles, buttons and Choc O Block.

Alcohol-free spirits producer Bax Botanics has won bronze at the 2020 Global Good Awards for its eco-friendly credentials, including labels made from sugar industry waste products and packaging that uses no plastic.

BEPPS new Popped pea-based snacks – made from Chickpeas with Black-Eyed peas – have launched into Tesco stores nationwide and its original Black-Eyed Pea Puffs are now available in ASDA in family-friendly 70g sharing bags.

Gluten-free bakery brand Mrs Crimble’s has extended its vegan range through the introduction of its new Vegan Coconut Macaroons into Tesco stores.

Remedy Kombucha is now available to Tesco customers, with two product variants – Apple Crisp and Raspberry Lemonade – rolling out across an initial 327 stores nationwide, as well as online.