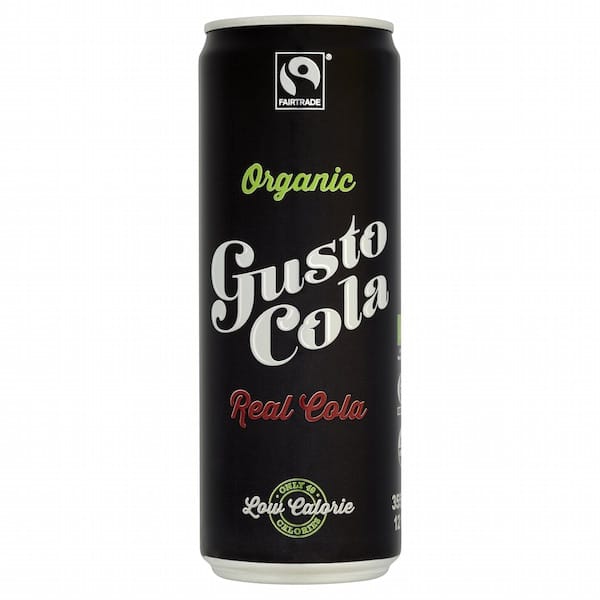 Europe’s first organic, Fairtrade, low-calorie cola launches this month in the form of Gusto Cola, described as ‘craft cola in a can’, developed by Craig Sams, founder of Green & Black’s.

At 49 calories per 335ml can, the drink blends botanicals and spices, including cola nut, vanilla, neroli, cinnamon, nutmeg and coriander, and is sweetened with organic cane sugar and organic stevia leaf extract and contains organic algave inulin.

“Until the launch of Gusto Cola there was no organic and low calorie soft drink option available in Europe,” says Sams. “We have made concerted efforts to use natural and organic alternatives in our cola, such as organic lemon juice instead of phosphoric acid. We’ve developed an organic sweetening blend that creates a classic cola taste free from ingredients that concern our customers and us. We think that if a drink is called ‘cola’ it should contain cola, so we’ve used real cola nut extract rather than synthetic caffeine.”