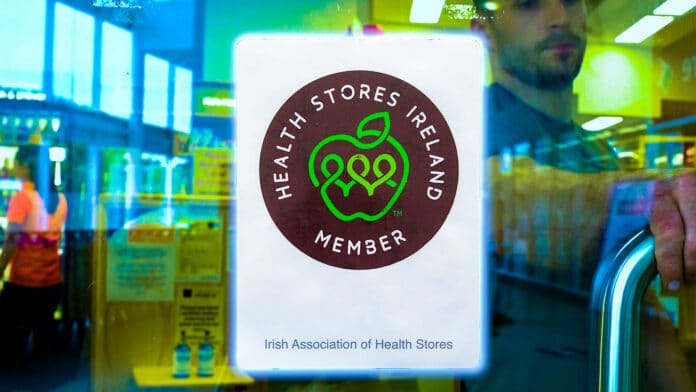 Health Stores Ireland is running a national TV and radio advertising campaign with the core message ‘health food stores are at the heart of your community’.

Urging consumers to ‘look for the Health Stores Ireland badge on the door’, the advert was filmed in three shops in the west of Ireland with the aim of capturing the essence of independent health food stores.

The ad is airing on TG4 TV during peak viewership, with exclusive Tour de France and Pro14 rugby coverage and a viewership of two million, as well as on Health Stores Ireland’s social media channels.

While the finance for the campaign was largely crowdfunded through independent retailers, it was seed funded at the concept stage by Evergreen Healthfoods, Wholefoods Ltd, Independent Irish Health Foods, The Natural Medicine Company, Viridian Nutrition, Sonnentor, Nuzest, Clearspring, SynerChi Kombucha and Wiley’s Finest.

Health Stores Ireland chairperson, Martha Brennan, thanked the store owners and suppliers supporting the project, saying: “With the current focus on natural health and wellbeing, it is vital that consumers are reminded of the unique offering and  value that independent health foods stores bring to their respective communities.”

“It’s probably the first time that a group of truly independent retailers have been able to band together to run a TV advert campaign,” she commented, adding that she is looking forward to a positive response from both consumers and stakeholders in the sector.

The project was completed by Mark McGuire from Sligo, who has previously worked with health food ambassador Oliver McCabe.