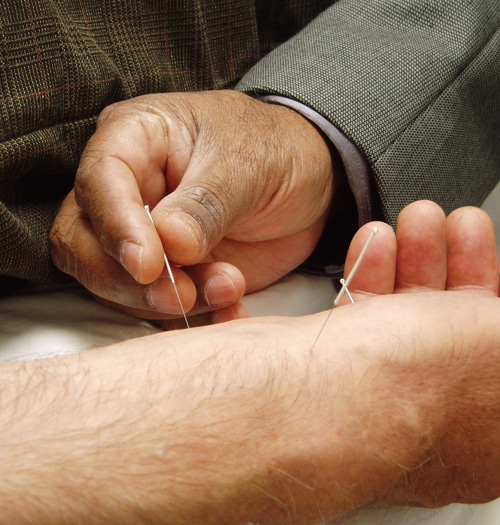 The Advertising Standards Agency (ASA) has ruled that two hospital leaflets on the benefits of acupuncture were “misleading” to patients and must be withdrawn. But acupuncture groups point out that aspects of the ASA’s ruling are at odds with recommendations from the government-backed National Institute of Clinical Excellence (NICE)

Health claims campaign group The Nightingale Collaboration complained to the ASA that the efficacy claims for acupuncture in the ads – issued by the NHS funded Royal London Hospital for Integrated Medicine (RLHIM) – could not be substantiated.

RLHIM provided 43 papers as evidence to support claims of efficacy of acupuncture for conditions ranging from knee pain to musculoskeletal pain, headache and migraine to menopausal complaints. The papers included 19 published reports of acupuncture trials, 16 systematic reviews or meta-analyses of acupuncture trials, six papers relating to the cost-effectiveness of acupuncture, a guidance document from the National Collaborating Centre for Primary Care (NICE), and an article, published in the British Medical Journal (BMJ), which discussed evidence based medicine.

The ASA referred the evidence submitted by the hospital to external (unnamed) “experts”. In many cases the experts appointed by the ASA said there was “insufficiently robust” evidence to support efficacy claims. They also questioned the quality of some of the trials presented as evidence, including several of the Randomised Controlled Trials (RCTs). The Agency subsequently told the hospital “not to make claims that it cannot substantiate”.

Commenting on the ASA’s ruling, Nick Pahl, CEO of the British Acupuncture Council, said: “Traditional acupuncture is an effective, evidence based practise with strong research demonstrating its efficacy. Its benefits are now widely acknowledged all over the world and the therapy has even been recommended by The National Institute of Clinical Excellence (NICE) as a first line treatment for persistent, non-specific lower back pain. In September last year, NICE extended their recommendations to include tension type headaches and migraines giving patients further reassurance of acupuncture’s effectiveness.”

One acupuncture insider told Natural Products: “There is a overemphasis again on the value of RCTs in assessing the efficacy of complementary therapies. RCTs are very good for testing drug therapies but they are an inappropriate testing regime for acupuncture.”