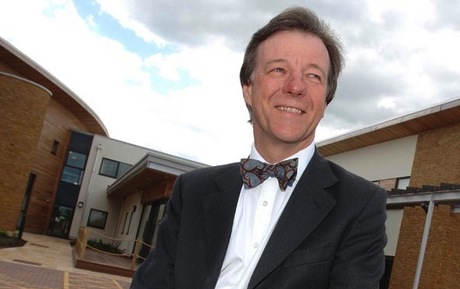 The companies behind the recently launched Herbal Quality Campaign are warning that small UK herbal firms could be forced out of business because, they say, the government’s medicines agency — the MHRA — is failing to enforce the THMPD.

The campaign, now being coordinated by the British Herbal Medicines Association (BHMA), took its message to Westminster this week where it called on the Government to show “political will and muscle” on the issue.

The Herbal Quality Campaign (HQC) says that legislation “spearheaded by the UK to support responsible manufacturing of herbal products” now risks being “fatally undermined by an apparent inability to deliver its objectives”.

The HQC claims that that the MHRA is currently failing to prevent the sale of medicinal herbs as “cheap and poorly-regulated food supplements”. It wants ministers to ensure that the MHRA has an “active and realistic compliance plan in place to clearly identify and regulate herbal food supplements that actually have medicinal status”.

The Campaign was officially launched this week at a Parliamentary Seminar at the House of Commons (24 January) attended by manufacturers, MPs, health professionals and academics.

The managing director of one small UK herbals manufacturer told the meeting that his company had spent £250,000 getting its herbal medicines registered under the MHRA’s Traditional Herbal Registration (THR) scheme. Yet it now found itself in a situation where its products sat on the shelves alongside unlicensed products. He added: “We have the absurd situation where some consumers think that the unregistered products, which fail to include the safety information required under the THR scheme, are seen as better than the registered products because they because they neither list nor mention side effects or interaction.”

Dr Michael Dixon, chair of the NHS Alliance and a strong advocate of complementary medicine, said the current situation “is not just disappointing, but scandalous”. He continued: “Seventy per cent of patients say they would like to use natural products. We really should be arming patients with products that enable to them to take charge of their own health. But they also need to have reassurance about product quality.”

Professor David Peters from the University of Westminster also warned that an opportunity for herbal medicines to play an important part in the growing role for ‘self-care’ was threatened by a lack of clarity. He said: “There are lots of conditions for which patients are visiting their GPs where they aren’t able to offer effective drug treatments — but where there are very useful natural products available for self-care. But patients must be assured that the products they are using are what they say they are.”

Dr Dick Middleton, technical director of Schwabe Pharma UK, said that the poor quality of some unregistered herbal products damaged the whole herbals category. “The problems we have seen for example with black cohosh have stemmed from quality issues, not black cohosh issues”. He also warned that some companies have been placing ‘food supplement’ black cohosh products on the market containing 50 times the dose approved for THR registrations.

Middleton added: “Three to four months ago the MHRA might have conceivably been able to argue that  they were unaware of the situation. They clearly understand it now.”

BHMA board member, Simon Mills, added: “We want to see the MHRA showing some political will and muscle on this issue, enforcing laws that it said itself it would police robustly.”

Paul Chenery, of Rutland Biodynamics, told the meeting that his company had “spent 10 years’ worth of its profits going down the THR route only to be told by the MHRA — the body driving the legislation — that they can’t enforce it because they are paralysed by EU legal rulings”.

But Chenery also said there was another side to the herbals debate. “There is a valid question about whether it is right to put herbals on the same regulatory footing as pharmaceuticals in the first place. And many people in this country believe that they have an ancient right of access to herbal remedies, so they are against what they see as restrictive regulation.”

Picture: Dr Michael Dixon — “a situation that is not just disappointing, but scandalous”