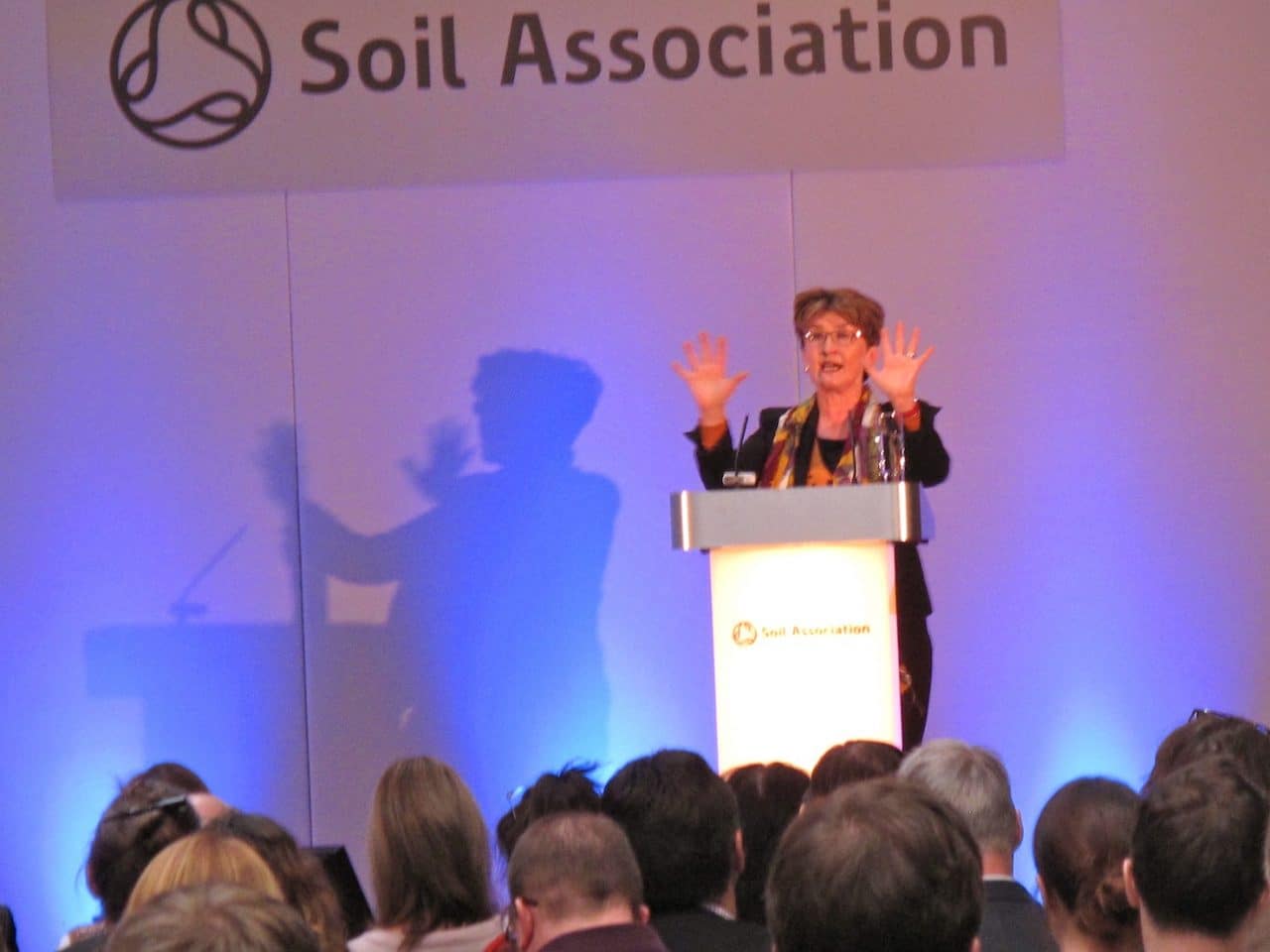 Citing Tesco’s recent comeuppance in South Korean (where city planners have created a law banning new urban supermarkets within 1km of small stores), she said that the retail giant had “run up against the buffers of democracy.”

While we had forgotten our role as citizens, the people of South Korea were asserting theirs, Pettifor said. “Relying on activists to fight our corner, as we often do in the West, is not enough to stop the corporate steamroller”.

Pettifor said that we lived in a world increasingly geared towards those with private wealth. She contrasted the .5% interest at which the big banks borrowed from the central banks with the rates that they would then charge to farmers or other small businesses — typically 20% or upwards.

She urged organic farmers, and other businesses “creating real products for real people”, to join together as powerful citizen groups to demand better terms from the banks.