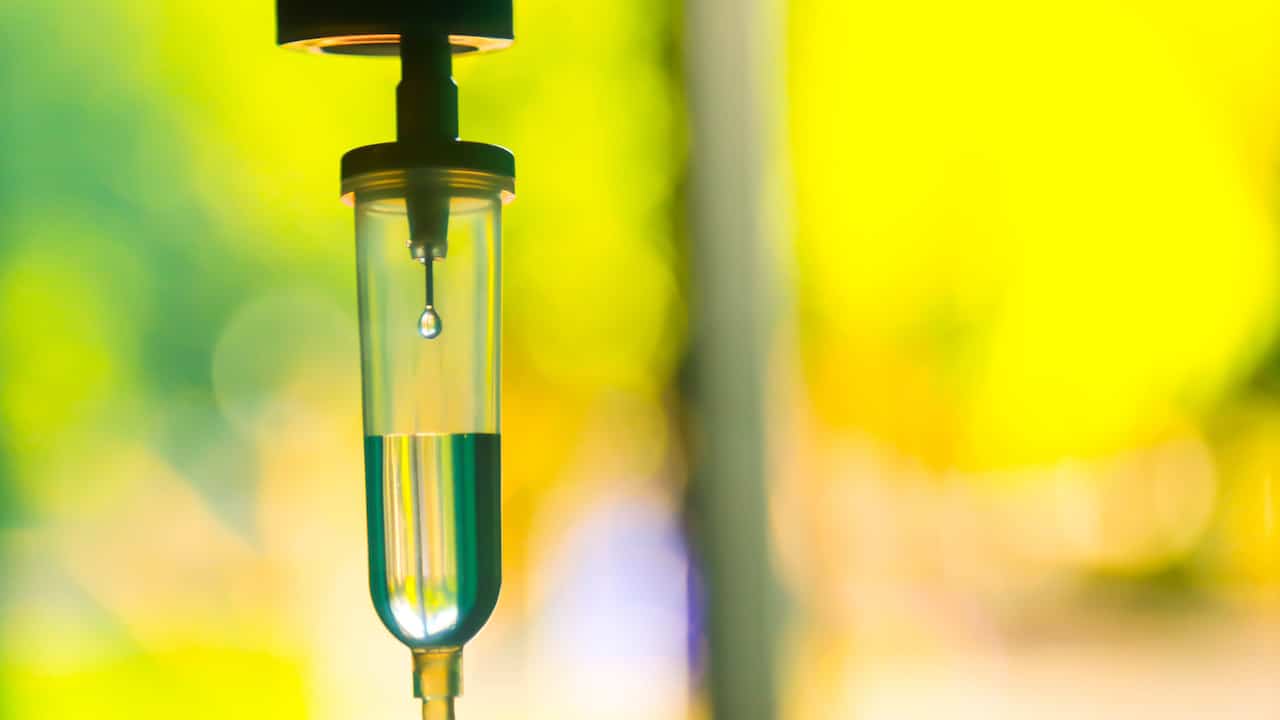 Vitamin IV drips have gained a loyal following among celebrities as being a quick-fix solution, a supposed cure for a plethora of complaints – from hangovers and lethargy to low immunity and tired-looking skin. But now, thanks to one London clinic, they’re encroaching on the mainstream.

Opening in Westfield shopping centre, Shepherd’s Bush, Get A Drip is set to become the first clinic of its kind to open a major retail space in the UK, offering ‘affordable’ intravenous nutrition therapy to members of the public in an attempt to rid vitamin IV drips of their elitist reputation.

“Typically, the drips have only been available to celebrities and the super wealthy. We believe that everyone should have access to affordable wellness solutions, without losing quality and service,” says Richard Chambers, founder of Get A Drip, which launched in 2017 and operates out of Boxpark, Shoreditch.

The new Westfield retail space will allow the clinic to ‘bring accessible and affordable IV vitamins drips to the masses’, according to Chambers who calls this a ‘major breakthrough’ in his mission to ‘normalize’ the therapy as an everyday part of wellness.

We believe that everyone should have access to affordable wellness solutions

But not everyone agrees the drips should be so readily available to the public. Speaking to NPN, nutritionist Shona Wilkinson offers a more cautious perspective: “There is without a doubt a place for IV drips in certain circumstances. If you are severely depleted in certain nutrients, an IV drip can help top up these nutrients quicker than a supplement … because it bypasses the digestive system so you are getting a ‘hit’ really quickly.

“An IV drip shouldn’t really be something your average person should need to resort to. The answer is to not get depleted in the first place, although this is often easier said than done!” says Wilkinson.

“I would also be incredibly careful about where I attended for the IV drip. After all, you are getting something pumped into your body so you need to be confident that it is what they say it is! I would also want either a Doctor or nurse only to administer the drip – not anyone else.”

I understand that everyone wants a quick fix for everything (I do too), but drips aren’t really the answer

On the subject of cost and accessibility, Wilkinson comments: ”I suspect that these clinics may increase in popularity and the cost of the drips become more attainable to your average person – this doesn’t mean that it is something that is necessary though! I understand that everyone wants a quick fix for everything (I do too), but drips aren’t really the answer. It all comes back to following a healthy diet – boring but true!”

But where the security of the VMS industry is concerned, Wilkinson sees no reason for alarm. “I can’t see the drips ever being a threat to the supplement industry. People often complain about the cost of supplements, so I can’t imagine anyone except the exceptionally rich having regular IV drips.”

Get A Drip says it plans to extend its reach further across London, with additional locations yet to be announced and a scheduled appearance at Balance Festival.