A new report commissioned by The Health and Food Supplements Information Service (HSIS) warns of the dangers facing millions of Brits who ‘shun’ nutrient-rich foods.

Mind the nutrient gaps – diets that drive deficiencies analysed the latest official data and consumer attitudes, revealing a ‘worrying pattern of good intentions gone wrong’, as well as some ‘extraordinary disconnects between dietary perceptions and reality’. 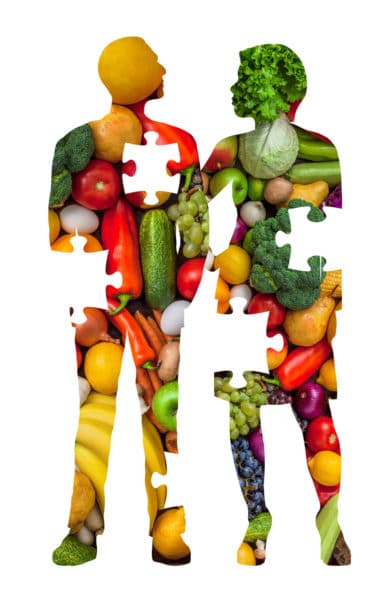 According to the findings, most people (52%) rate their diet as ‘good’ or ‘excellent’, but figures show that one in three adults excludes at least one food group while 58% worry they’re not getting their full quota of nutrients – and the gaps have been confirmed ‘across all generations’.

The experts behind the report say this is reason for concern. They warn that restrictive diets ‘popularized by celebrities’ or diets which ban entire food groups are threatening the nation’s long-term health – such as low carb Ketogenic, Dukan, alkaline, vegan and dairy- or gluten-free.

Unless there are medical reasons for doing it, any eating plan which restricts or bans particular foods is problematic

Professor Philip Calder, head of nutrition, Southampton University, calls the figures ‘really bad news’. “The bottom line is … poor nutrient intakes are a fact of life in Britain today. Fad diets, advice from ill-informed celebrities and social media ‘influencers’, calorie restriction, skipping meals and the popularity of ready meals and takeaways are just a few of the factors.”

HSIS adviser and GP Dr Jill Jenkins warns: “Unless there are medical reasons for doing it, any eating plan which restricts or bans particular foods is problematic. If people are determined to follow a restrictive … diet, it’s best to take a daily multivitamin and multi-mineral to make up nutrient shortfalls.”