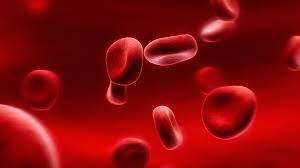 The scientists say it is the low level of antioxidants in a junk food diet that produces the damaged blood cells.

Dr Hasan Haboubi, a gastroenterologist and cancer researcher, told the Sunday Times: “We have found that life­style, and especially diet, is intimately linked to the health of our tiniest cells. If we have a bad diet it is rapidly reflected in the state of those cells.”

Haboubi and his colleagues made the discovery whilst trying to develop a blood test for cancer, following previous research showing that people with some types of cancer have a high RBC mutation rate. During the latest study Haboubi observed significant variations between healthy volunteers and that this seemed to correlate with their diet.

He told the newspaper: “People who consumed low levels of fruit and vegetables and, to a lesser extent, fish had more than double the mutation rate, said Haboubi, who described his findings at the British Science Festival in Swansea last week. “There was a very statistically significant relationship between diet and mutation rate. Purely by chance we may have found a biomarker for the quality of people’s diet.”