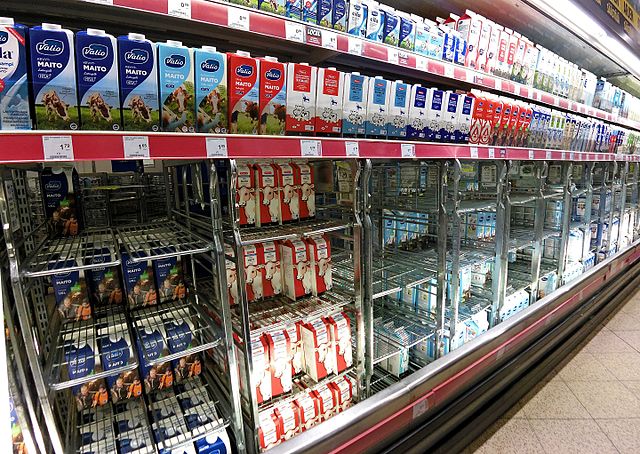 Researchers at the University of Surrey in the UK will issue a warning next month that babies born to mothers who drink cow’s milk alternatives – such as soya, almond and coconut – could have lower IQs, reports The Times.

The researchers have found that plant-based milks, which also include oat, rice and hazelnut drinks, contain only around 3% of the levels of iodine present in cow’s milk.

Previous research published in the medical journal The Lancet, showed that women with even a mild iodine deficiency in pregnancy were at higher risk of having children with low IQ and reading scores.

The authors of the Lancet paper wrote: “Our results show the importance of adequate iodine status during early gestation and emphasise the risk that iodine deficiency can pose to the developing infant. Iodine deficiency in pregnant women in the UK should be treated as an important public health issue that needs attention”

Margaret Rayman, professor of nutritional medicine at the university, will issue the warning about plant-based milk alternatives at the Food: the Future Medicine conference at the College of Medicine next month.

Rayman told The Times: “These replacement milks are lower in calories and have become very popular. The developing brain needs iodine; it is required for thyroid hormones. Women should ideally enter pregnancy with good iodine stores and continue to consume a source of iodine if breastfeeding.”

Picture: Researchers will warn that plant-based milk drinks contain only a small percentage of the iodine naturally present in dairy milk