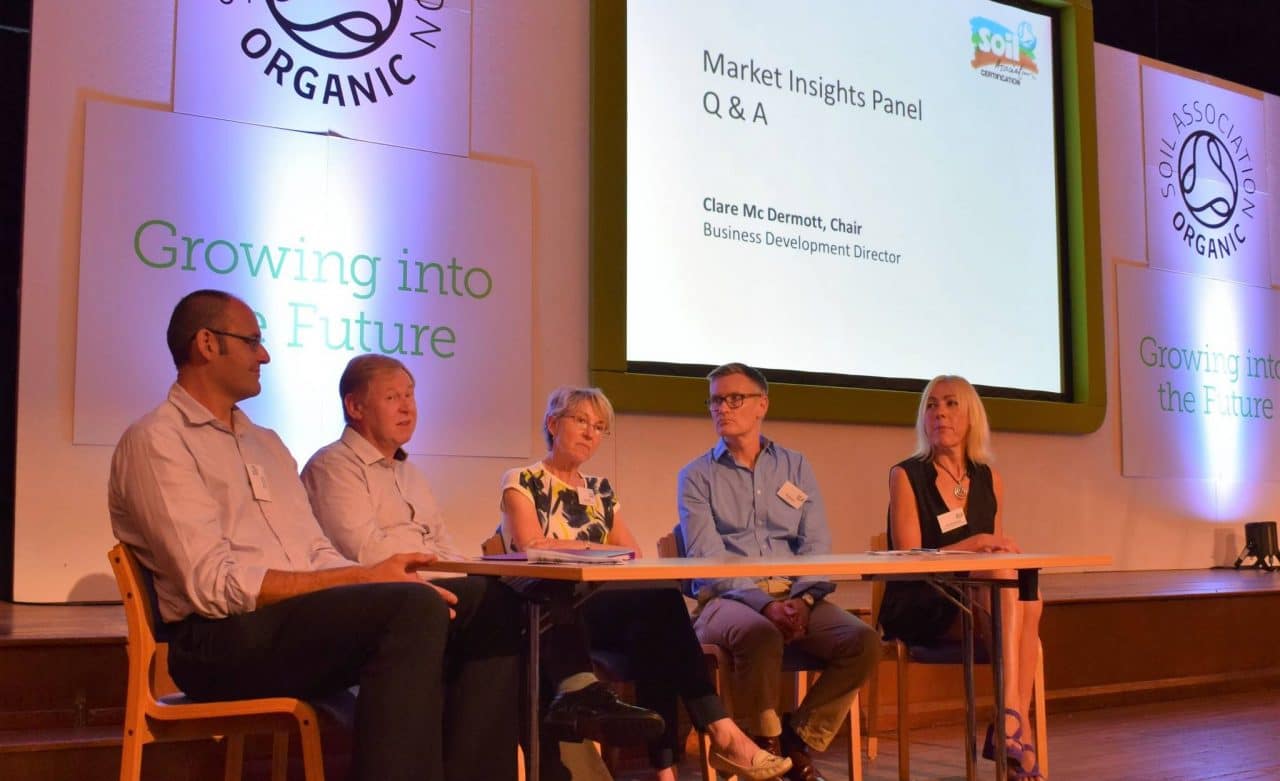 New research from Nielsen shows that growth in the organic sector has again doubled –  up 5.6% for the 52 weeks to 13 August 2016.

The latest organic sales figures, along with research new consumer research, was unveiled to an audience of organic brands and retailers this week at the annual Organic September trade briefing, hosted by Soil Association Certification in London.

Armed with more detail about the breadth of organic consumers and their different shopping habits, the Soil Association says it aims “streamline the organic message to make organic the everyday choice for everybody”.

Clare McDermott, business development director at Soil Association Certification said: “The organic market is in the fourth consecutive year of growth against continuing decline in non-organic food sales. There are clear opportunities across a variety of sectors, with growth driven by fresh produce and grocery, but also home baking and store cupboard essentials. Shoppers are increasingly buying organic as it answers their need for a healthy, sustainable and ethical choice.

“83% of households have bought organic in the last year. It is obvious that organic has a huge part to play in the future retail landscape and more people than ever are aware of organic and seeking out organic purchases. With this new research at our fingertips, Soil Association Certification is now working to communicate a focused and clear message about what organic is. This will help drive demand and further improve sales, allowing us to support more organic businesses and grow the organic market.”

The new research was presented by David Preston from The Crow Flies. He added: “People want organic to be the everyday way of doing things – they want it normalised – but there are challenges. If we can understand the range of segments and motivations of organic consumers we will be able to grow the organic market and consistently communicate the rich tapestry of what organic is. But this has to be supported throughout the industry.”

Alongside, market data from Nielsen was shared showing a 5.6% increase in organic sales in the 52 weeks to 13 August 2016 (Nielsen Scantrack).

Nielsen’s Mike Watkins told the 120 strong audience that organic growth was “now steady and sustainable – not a bubble that’s going to burst”. Nielsen values the organic food and drink market at £1.4bn (but excludes independent sales and other categories) and says that around 12% of shoppers actively look for organic.

Latest Nielsen data shows previously underperforming organic food categories beginning to take off in multiple retail. Watkins cited ‘canned and packaged grocery’ (which includes biscuits and tea as well as canned goods) as an example – up 12.6%. Meanwhile, dairy and fresh produce still account for half of total organic sales between them. Watkins said there was an opportunity to “broaden appeal across more categories, and to increase frequency (of purchasing).

“Connecting organic and health is your biggest opportunity”

The two keynote speakers at this year’s Soil Association trade day each agreed the biggest opportunity for the sector is to link organic and health more clearly in the consumer’s mind.

Nielsen’s Mike Watkins said that health was continuing to rise up the consumer agenda. Latest Nielsen data shows that 63% of shoppers “actively look for healthy options when grocery shopping”, with 34% saying that “longevity and maintaining good health” are the main focus. Reducing sugar remains the number one health priority when making healthy food choices.

Organic consumers are more aware of food intolerance – citing ‘wheat free’, ‘gluten free’, ‘egg free’ and ‘vegetarian and vegan’ as labels they specifically look for on pack. They also view health attributes – for example ‘added vitamins’, ‘no preservatives’, ‘probiotic/prebiotic’ and ‘added protein’ – as providing added value to food and drink products. Watkins said: “Linking health and food is the biggest opportunity the organic sector currently has.” 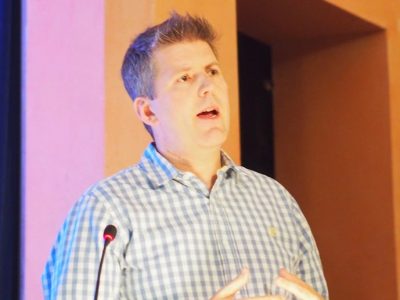 David Preston said the challenge in harnessing the health opportunity was that “health is so big – the important things is that you dimensionalize it.” He thinks ideas about health might need re-defining. “Functional health is still very important – but a more holistic concept of health is growing. One that’s more about ‘how I run my life, my family’.”

Mind the gap
Preston said that the organic sector still had “a job to do joining up the dots”. One of the “blockers” in the way of further organic market growth was the poor understanding consumers had about organic standards, which in turn led to “suspicions and questions”

“Let’s be clear, Millennials is an absolutely useless term. There are 14 million Millennials in the UK. That’s not target audience”

He explained: “We found that people are prepared to pay a premium for organic – but at the moment they felt that the gap was too big. Connecting up the dots helps people justify their decision (to pay a premium).”

Preston said he despaired at the treatment of Millennials as a coveted demographic. “Let’s be clear, it’s an absolutely useless term. There are 14 million Millennials in the UK. That’s not target audience. How can you define people by age? We wanted to look beyond that, at people’s attitudes – as a much better way of breaking the market down.”