Home » Opinion » Guest Comment » Is the reign of plastic over?

If there is one concern that seems to have been gaining momentum among the public this year, that is plastic pollution resulting from single-use plastic and its consequences for the environment, animal life and human health.

Since the 1950s, a new era of mass consumerism has seen an incremental rise in products and packaging made from plastic appearing in shops and supermarket shelves, and the proliferation of these products has contributed to a significant increase in plastic pollution. A study published last year showed that since 1950, 8.3 billion metric tonnes of plastic have been produced, of which 6.4 billion have become waste. From this waste, only 9% has been recycled and 12% incinerated, with the remaining 79% remaining in landfills and harming the environment. This study also shows that plastic production is rapidly accelerating, with half of the plastic that has ever existed having been produced in the past 13 years. The estimated future impact of this is not reassuring; some researchers believe that by 2050 there could be more plastics than fish in the ocean by weight.

Governments around the world are starting to put in place measures to try to stop this form of pollution. At the beginning of the year, the UK Government unveiled its 25 Year Environment Plan which focuses on plastic waste. Planned measures around it include a tax on single-use plastics; a ban on plastic straws, drink stirrers and plastic-stemmed cotton buds; and a resources and waste strategy to achieve the goal of zero avoidable waste by 2050. This follows other measures implemented by the Government like the levy on plastic bags introduced in 2015 that helped cut their use by 85%. The 5p charge for plastic bags implemented in some shops has been so successful that Prime Minister, Theresa May, has indicated that she is looking to raise this to 10p and to include all retail. The EU, too, has taken measures similar to the UK in what first Vice President, Frans Timmermans, described as a ‘race to the top’. At the European level, the Circular Economy Plan launched by the European Commission includes a proposal to ban single-use plastic products where alternatives are readily available and affordable.

The estimated future impact of this is not reassuring; some researchers believe that by 2050 there could be more plastics than fish in the ocean by weight

While we can already see paper straws replacing their plastic counterparts in our favourite coffee shops, the question remains: will these measures result in significant improvement or will they fall short of their objective? Although there seems to be support for these actions among consumers – with an overwhelming positive response to the consultations launched by the Government around the tax on single-use plastics proposal, for example – a change in consumer behaviour remains to be seen.

Whatever the case, these initiatives represent a challenge for companies that need to adapt their products to meet the new regulatory demands, but they also represent an opportunity for companies to differentiate themselves as environmentally conscious – a choice consumers seem to increasingly take into account when faced with multiple options in the supermarket.

If your business needs any support in navigating through these political challenges or if you have any questions on what regulatory changes may impact your business, do get in touch by visiting www.whitehouseconsulting.co.uk.

Political Consultant
Andrea Gutierrez-Solana is a political consultant at the Whitehouse Consultancy, where she supports and advises clients on a range of issues including food and nutrition policy, public health, market access and Brexit. Gutierrez-Solana joined the Whitehouse team having previously worked for a Brussels-based law firm which specialized in trade, competition and agri-food regulatory matters, and having gained experience in the European Commission’s Directorate-General for Trade, where she worked on food safety and market access files. Gutierrez-Solana has a comprehensive knowledge of EU policy-making and substantial experience in EU trade policy and food regulations. She holds a dual bachelor’s degree in Law and Political Science & Public Administration and a Master’s in European Union Law, and is fluent in Spanish and English, with an intermediate knowledge of French. 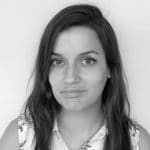