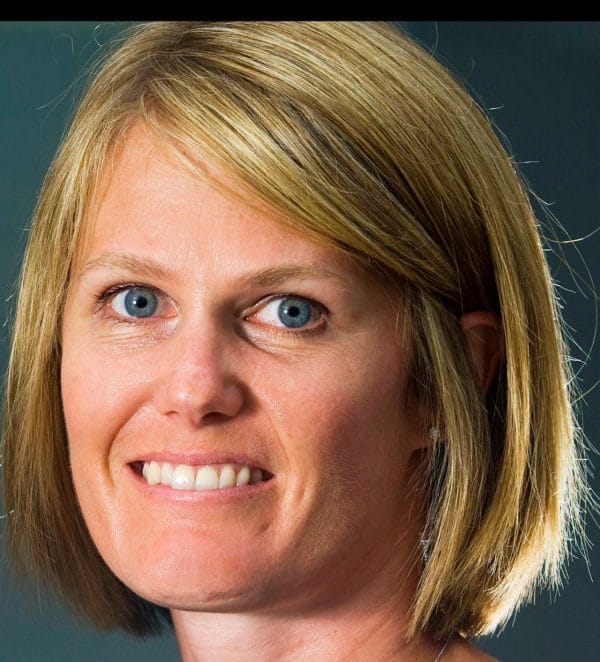 Founded in 1992 by Lizzie Vann, organic children’s food brand Organix is celebrating its 25th anniversary this year and is set to become a £40 million business. Here, managing director Anna Rosier talks to NPN about her 13 years at the brand.

How did you get involved in the organic world?

I came from a background which wasn’t quite so natural and organic – Coca Cola and Gilette – where I got some brilliant training, but felt there was more I could do with that learning in a more purposeful environment. After leaving Gillette in 2004 I found Organix. What struck me was that it was a small team of people run by a woman who had a very clear mission to create a world where healthy, nutritious food was a real choice for everyone.

Can you tell me about the brand’s ‘no junk promise’?

We use our ‘no junk promise’ to make decisions about what can and can’t go into our food. It is three things: always organic; nothing unnecessary; and setting standards.

Always organic was a choice made 25 years ago. We don’t know the impact of pesticides and current farming techniques, on children specifically, so we take a preventative approach. This obviously has other benefits as well, but we are feeding the most vulnerable in society and want to give them the best start.

Nothing unnecessary is about using good ingredients to make good food. So we don’t have any colourings, preservatives and flavourings or anything people wouldn’t recognize. It also helps us make decisions on the number of ingredients and packaging, to ensure we’re using the minimum amount, and also in terms of things like claims as well. There are certain foods on which we could legitimately make a five-a-day claim but we don’t as we feel it’s not a good way to encourage people to get their fruit and veg.

Setting standards is about trying to act as a pioneer against the bad side of the food industry and say even if you’re working within the realms of what’s legal, you can still do better. Although legislation is keeping people safe it’s not pushing new ways of doing things. Where there is no legislation, we put in our own standards; we want to set the bar for others.

“We’re 25 years old this year and I think we’re doing an impressive job. We’re not a charity, we do make money, and our ultimate goal is for much bigger companies to see that, take it on board and deliver to the same mission as we do.”

Did Hero taking on the brand in 2008 affect the company ethos?

Organix has what we call our ‘spirit’. We have a little book detailing what we do, our mission, our purpose, our values, how we operate as a team and what our relationship with parents should be.

Lizzie wanted to make sure we found a home which allowed us to be everything we are, and that’s what we found with Hero. I feel that we haven’t changed our spirit at all, the culture and the values are exactly the same, if not stronger. It wasn’t a fight we had to have. It is interesting that I see more of Organix in Hero than I see Hero in Organix. We want to infect other businesses with the same standards, principles and values that Organix has, and every once in a while I see something and think ‘oh, okay, that came from Organix’. A smaller business can actually be incredibly powerful and impactful. 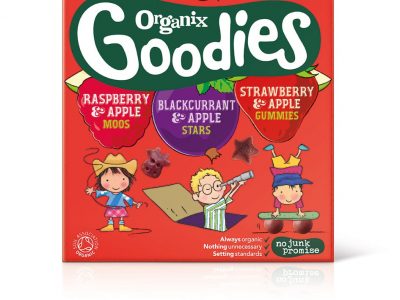 What is Organix’s stance on the sugar debate?

Sugar is an issue. We don’t use refined sugar – all of our sugar content comes from natural sources. We only have organic fruit and veg, and use that either for flavour or to bind the food. We also limit portion sizes so we balance the fruit content and that sugar level to ensure it’s appropriate for a child. We also talk about how to neutralize the impact of that sugar so, for example, making sure dried fruit is eaten with a meal, a glass of milk or a cube of cheese.

The sugar tax is an interesting initiative and I think people’s awareness of what their children are consuming will be one of the biggest breakthroughs in this area.

What do you make of the Government’s obesity strategy?

To say it is a little bit weak is probably being polite. I think it’s heavily reliant on the food industry doing a lot of self-policing, and based on the massive concerns we have about childhood obesity I was surprised there wasn’t more hard-hitting legislation and must-dos rather than this kind of voluntary approach. So I would hope for, and expect, another draft that’s more hard-hitting.

What changes have you seen in the children’s food sector?

We are seeing other brands listing 100% of their ingredients now – this has become an expectation. Other foods that have come into the category are following a lot of our norms because we’ve set that standard – whether that’s the big players changing some of their foods to organic or jarred food that now actually tastes of something. These steps forward mean parents have better choices.

We’re 25 years old this year and I think we’re doing an impressive job. We’re not a charity, we do make money, and our ultimate goal is for much bigger companies to see that, take it on board and deliver to the same mission as we do. 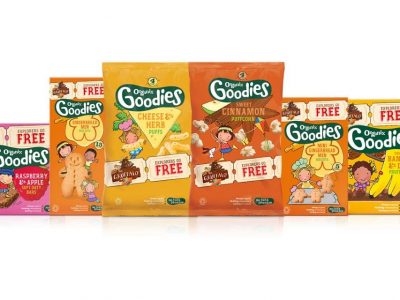 What can be done to promote good nutrition for children?

From the early stages we need to give parents much clearer messaging so they can make better choices. Retailers have got a big role to play in terms of how food is positioned and promoted, but brands and manufacturers should also take responsibility. There’s not a huge amount of pressure on brands to encourage them to make changes and I also think some of the Government’s messages aren’t clear. We’ve got some inconsistent messages going out, whether that’s through Change For Life or other campaigns. We need to try to get some consistency.

We were part of the Food for Life programme, which ended up being Jamie’s School Dinners, and what he did was accelerate action – if a celebrity creates change, that’s brilliant. It shouldn’t be his job but I think we’ve got to pull every lever we can to make it happen. In the past we’ve been involved in various campaigns with the Soil Association, including Out to Lunch which led to the Natural History Museum revamp its menu. It’s all about making change – and I don’t really mind how that happens.

What is the thinking behind the new Punk’d range?

We’ve done really well in baby and toddler snacks and finger foods, and in a way have transformed what children are eating. We realized that when parents left the baby aisle and went into the big wide world it hadn’t changed as much as we’d wanted. We saw the opportunity for all of the things that Organix is but just a bit more grown up. So Punk’d has all of the no junk promise but also a funky look and  taste that kids want. To date I don’t think there’s been anyone who’s been able to do that happy compromise. It’s going really well so far. Healthy for mums, but cool for kids.

What do you see in the future for organics?

I think the new EU money that has come through for the Organic Trade Board can get organic booming in terms of the availability of ingredients. This money is the biggest opportunity for the industry to really be able to put organic into people’s minds.

It’s a really exciting time now, with there being a much bigger awareness of the importance of nutrition and food to our health; if there was ever a time to celebrate a 25th birthday and feel positive, it’s now.

How The Vegan Society volunteer scheme thrived during COVID