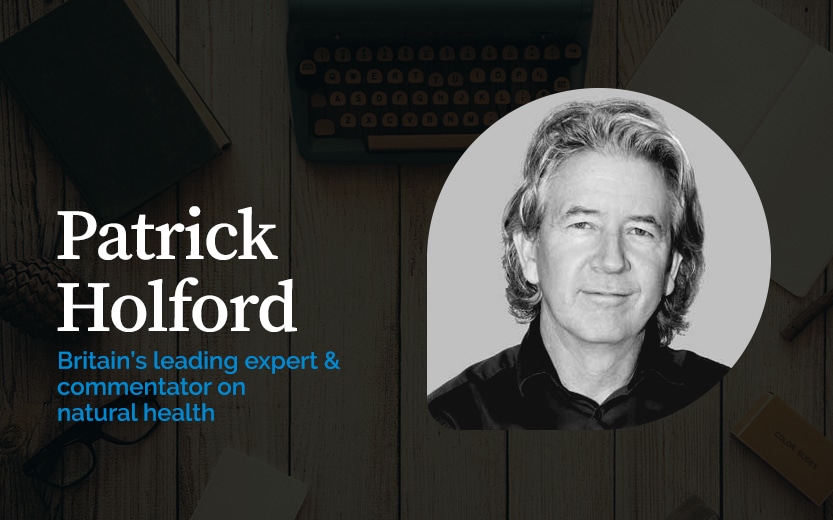 Is moringa the ‘superfood of superfoods’? asks Patrick Holford

The hottest new superfood is Moringaoleifera, a leafy bush, that is an incredibly rich source of nutrients, antioxidants and polyphenols. It has anti-inflammatory, immune-boosting and anti-cancer properties and helps reduce everything you would want to protect against cancer and diabetes, as well as boosting sexual activity – at least in animals. It is also antimicrobial and is widely used in Africa against infectious diseases both as a medicine but also as a highly nutritious food, rich in vitamins and protein (27% of calories) with all the eight essential amino acids. It is especially rich in vitamin C, beta-carotene, calcium, magnesium and potassium and magnesium.

Given the hype about moringa I thought I’d give it a go and had a teaspoon of the green leaf powder, which tastes a bit like wheatgrass juice, followed half an hour later by a cup of Moringa tea. To my surprise, I noticed a definite energy boost within minutes and, having taken it in the evening, noticed that I was energized and alert until late into the evening. I’ve since been drinking moringa tea from the leaf.

As with any new discovery there’s a current lack of human trials (five in total showing positive effects on aspects of diabetes, heart disease and asthma) but a plethora of animal and cell studies that all point in the right direction. There’s a good fully referenced review of its heath benefits available on-line for those wanting to dig deeper, published last year.

Energy and performance effects of moringa
Why would it give a caffeine-free kick-start? In hunting for a possible explanation I found a study testing its effects on sexual activity on stressed rats. The study in question definitely showed enhanced sexual performance. The most likely explanation, the researchers found, was that moringa had the effect of reducing cortisol, the stress hormone, increasing testosterone and also inhibiting enzymes that breakdown serotonin and dopamine, the brain’s feel-good chemicals. If the body produces less cortisol it can produce more testosterone and DHEA – the good adrenal hormone – instead.

Diabetes and cancer protection
In animal studies moringa is highly beneficial against diabetes. In one study, diabetic rats had a reduction in glycosylated haemoglobin (HbA1c) – which is my favourite measure as it gives a long-term measure of blood sugar peaks – from 7.8% to 6.15% in four weeks. Above 7% means diabetes in humans. Below 5.5% is healthy.

“We need more human clinical trials on moringa. But there is ample evidence now that moringa is a rich source of so many nutrients and has a wide range of positive health effects”

Two studies tested the effects of moringa on human cancer cells. Quoting the authors, it ‘greatly induced apoptosis, inhibited tumor cell growth, and lowered the level of internal reactive oxygen species (ROS) in human lung cancer cells as well as other several types of cancer cells, suggesting that moringa significantly reduced cancer cell proliferation and invasion. Additionally, the moringa extract showed greater cytotoxicity for tumor cells than for normal cells. It also down-regulated (switched off) oncogenes which are genes that promote cancer cell growth’. They concluded that ‘it may be a new promising candidate for a natural anticancer drug’.

Antioxidant power good for asthma
One useful measure to put the antioxidant property of a food into perspective is the ORAC score. A teaspoon of moringa has an ORAC of 7,880. A cup of blueberries, or a whole fresh artichoke has a score of 6,552.

Polyphenol compounds such as isothiocyanates – found in high levels in moringa – have been shown to be anti-inflammatory, and therefore of interest across a wide range of diseases, including arthritis and asthma. 20 asthmatics were given 3g of the seed, not leaf, for three weeks. The most used marker of inflammation is your blood level of ESR.

This was ‘significantly reduced’ and ‘significant improvement was also observed in symptom score and severity of asthmatic attacks’. It also produced a marked improvement in three measures of lung capacity. This study could be criticized because there was no control group so there could be a ‘placebo’ effect. However, it’s unlikely that this would change hard measures of lung function and blood levels of inflammatory markers.

We need more human clinical trials on moringa. But there is ample evidence now that moringa is a rich source of so many nutrients and has a wide range of positive health effects, and, for this reason, I am adding it to my list of superfoods. Superfood of superfoods? It’s too early to tell. Watch this space.

• A fully referenced version of this article can be found at www.patrickholford.com/moringa