Efforts to reform the organic industry may already have been overtaken by events, says Simon Wright

Craig Sams’s column is always the first thing I read in Natural Products magazine, and this months piece on certification was typically thought-provoking. Having been fully immersed in the labyrinthine world of ethical certification for (golly) three decades I would point out that Craig’s plea for privatisation misses one key point; we may already be too late.

In November 2011the SustainAbility consultancy published a forward-looking report entitled Signed, Sealed… Delivered? (read it here). In essence the report points out that independently verified, third-party certification such as organic and Fairtrade has done a great job of building awareness and delivering limited market change. However even the proponents of these schemes would agree they are expensive, bureaucratic and inflexible. Five years on from the report the global volumes of food grown as organic and sold as Fairtrade are still heartbreakingly low. To combat this SustainAbility suggest we need to evolve beyond the bewildering number of logos that grace our products (known to supermarket buyers as ‘The Boy Scouts Sleeve”) to something more fundamental – a set of sustainability values intrinsically linked to brand identity.

In the area I know the best – chocolate – this is beginning to happen. The major players such as Nestle, Mars, Cargill and Barry Callebaut are finally beginning to establish their own ethical standards. Some include organic and Fairtrade within their schemes: others have started from scratch, using outside agencies such as PWC to verify the results. I now see the supermarkets moving in the same direction. Fairtrade has responded to this challenge with simplified schemes such as the Fairtrade Sourcing Programme: organic finds it more difficult to change direction, hidebound as it is by national legislation

So it’s not about whether privatising organic can deliver better results. It is whether organic has a future once the major manufacturing and retail groups who dominate the global food industry have persuaded end-users that they have put their houses in order. Discuss. 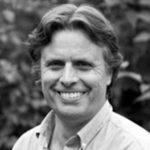