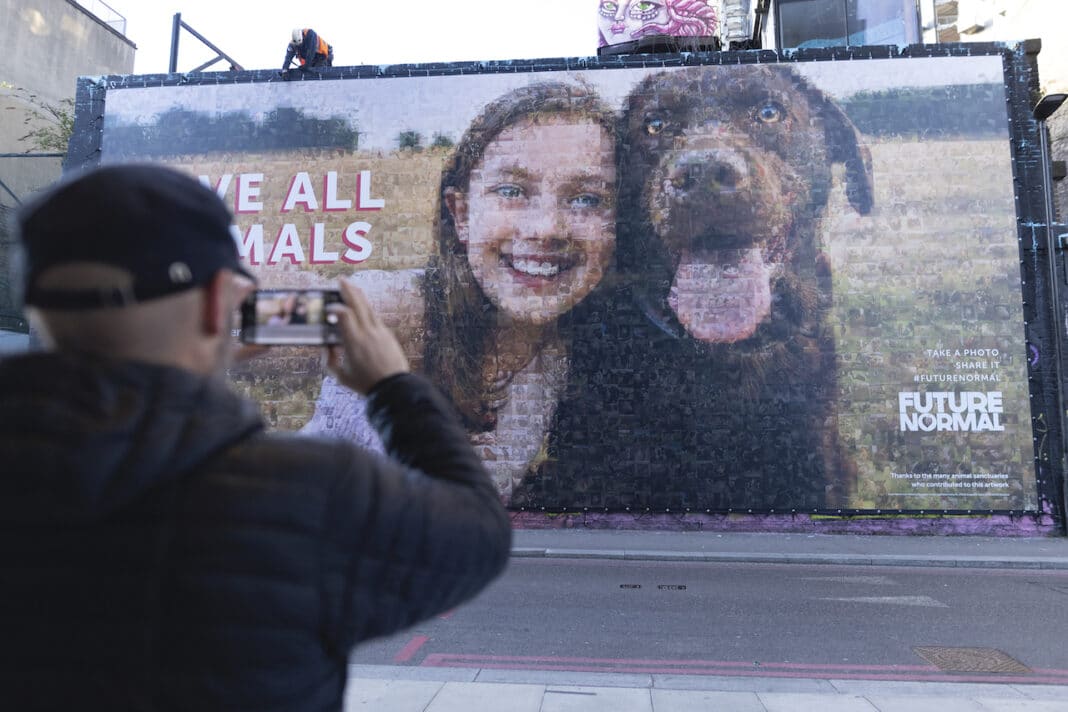 On 18 April The Vegan Society took over a 23-foot wall in East London, unveiling a mosaic to publicize its new Future Normal campaign.

The giant billboard was installed in Shoreditch’s Holywell Lane as part of Future Normal – the charity’s biggest campaign yet – and is made up of thousands of images of rescued and rehomed animals from farms and sanctuaries, all arranged to create one larger image of a young girl and a dog.

Future Normal aims to encourage people to ‘reflect on their attitudes to non-human animals’ and consider opting for a vegan lifestyle. The Vegan Society is urging the public to ‘snap a selfie’ in front of the billboard – which features ‘two of the most iconic faces on the planet’, hidden among the other images – and tag #FutureNormal on social media.

Mark Banahan, campaigns manager, comments: “This is an incredibly powerful image that you just can’t miss, and that’s exactly what we wanted. We know the world is getting ready to go back to normal, but we want people to reconsider what that ‘future normal’ in a post-pandemic world looks like, particularly in relation to the way we view and treat animals.

“If we’re open to making changes in our lives, the Future Normal is a place we can create. Being vegan simply means living in line with the ethics that so many of us already hold in our hearts.”

The billboard was installed a week after The Vegan Society launched its first official Future Normal Day (9 April) and hosted the inaugural Future Normal Hero Awards, described as ‘a celebration of those in the community who have gone the extra mile for animals’.