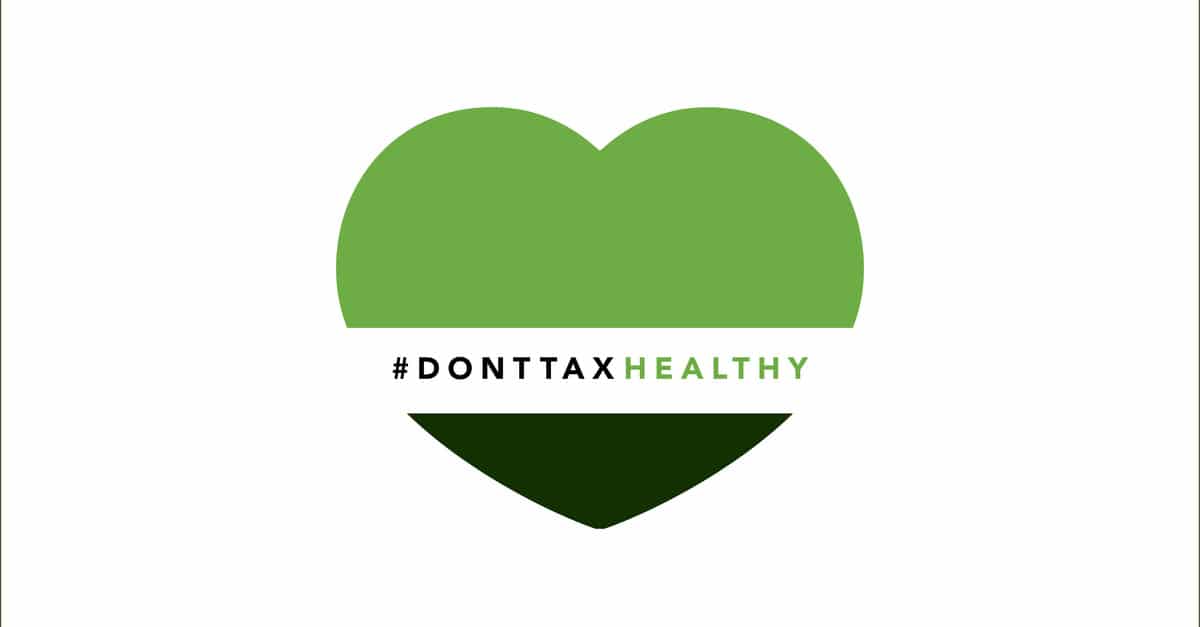 The #DontTaxHealthy campaign wants the Government to incentivise the consumption of food and drink with lower sugar by reducing VAT on these products to 5%.

Reductions from the standard 20% VAT rate are typically granted when there is a social benefit for doing so. #DontTaxHealthy argue that the indirect cost and impact of obesity to the UK economy, estimated at £27 billion per year (Kantar, 2016), shows there is a clear social benefit and responsibility to make it cheaper to choose healthy.

YouGov research findings, released to coincide with the campaign launch, suggest that health foods are prohibitively expensive for 30% of people in this country. YouGov also found that 68% of UK adults find healthy food and drink more expensive than those not marked as healthy and 40% of 18-34 year olds said they cannot afford to purchase healthy food and drink as they are more expensive than other products.

The price barrier comes at a time when the public are becoming more aware of, and concerned by sugar in food. Almost two thirds of households (62%) say they are very or fairly concerned about sugar consumption, higher than any other ingredient and up 41% on last year (Kantar, 2016).

“The research released by #DontTaxHealthy clearly shows that shoppers in the UK find healthy food and drink more expensive. Price acts as a barrier to healthier purchases. We need to remove this,” says Tam Fry, spokesperson for the National Obesity Forum.

The campaign recognises that the Government’s Sugar Tax is a step forward in preventing obesity however it argues that with 58 per cent of women and 65% of men in the UK being overweight or obese (NHS, 2013) it can and must do more.

“It’s ridiculous that British people are being taxed for making healthy food choices at a time when obesity and type 2 diabetes are costing the NHS £16 billion per year. The Government recently announced its Sugar Strategy however it didn’t provide any real, tangible solutions.

“Lower sugar alternatives should not be reserved for wealthy deli and health food store shoppers but should be at a price point that is accessible for everyone,” says Charlie and Harry Thuillier, owners of OPPO ice cream who found the campaign along with Rend Platings, CEO of Sugarwise, the new certification for lower sugar food and drink.

A lower tax rate should also incentivise manufacturers and retailers says Platings. “This petition will make a serious difference to the availability and affordability of lower sugar products. This in turn will incentivise manufacturers to continue innovating so they can reduce their sugar content and will encourage retailers to stock these healthier products on their shelves. The result, more shoppers across the UK will be able to afford to purchase healthier products,” says Platings.

The campaign has already received over 3,000 signatures and the support of over 45 brands across the food, health and wellness industries, along with the National Obesity Forum.