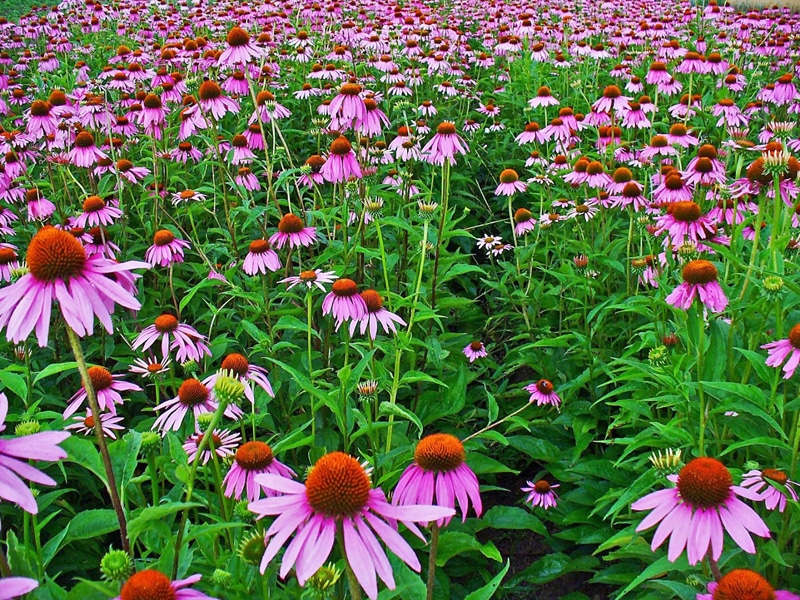 Following controversial new advice that Echinacea should not be used in children under 12, a leading expert on herbal medicine from New Zealand has submitted a comprehensive review of echinacea’s safety in children to the Medicines and Healthcare Products Regulatory Agency (MHRA) and the Irish Medicines Board.

The review has been written by Phil Rasmussen of Phytomed Medicinal Herbs Ltd (manufacturer of the Kiwiherb range), an experienced pharmacist, writer and lecturer on herbal medicines.

Key points highlighted in this review include the fact that a huge number of Echinacea preparations are sold to consumers in the UK and Ireland and that the phytochemical make-up of these varies enormously.

Rasmussen also points out that to date, a total of five clinical trials involving use of Echinacea-containing products in children have been published in the peer-reviewed literature. Of these, only three involved the use of an echinacea-only preparation; the others involved products with more than one potentially active herbal and/or nutritive ingredient.

The largest trial involved administration of Echinacea or placebo to 524 children who were given Echinacea for up to 10 days, for up to 3 courses over a 4 month period (Taylor et al, 2003). The Echinacea preparation used was an alcohol free liquid preparation made by reconstituting dried pressed juice of the above-ground herb of Echinacea purpurea harvested at flowering. No statistically significant difference in the overall rate of adverse events was reported in the two treatment groups. However, a higher incidence of rash occurred in children treated with Echinacea versus placebo (7.1% versus 2.7%).

In evaluating this data, Rasmussen suggests that a potential contribution from the higher level of concurrent symptomatic drug medication (antipyretic and analgesic) use in the Echinacea group relative to the placebo group, to the higher rate of allergic reactions reported in the echinacea group, seems possible. But, he points out, this aspect of the study was not mentioned by the authors in their conclusion or summary.

In his review, Rasmussen also notes that as at September last year, 3 reports of adverse reactions to Echinacea-containing products in children under 12 had been made to the national reporting centre in Ireland, 7 in the UK, 10 in Australia, and 1 in New Zealand. Rasmussen comments: “Objective interpretation of most of these cases is seriously hindered due to a potential contribution from pre-existing or coincidental illness, concurrent drug or substance usage, and lack of information concerning the product and dosage involved. Many of the medicines involved also contain multiple active ingredients, therefore a causal association with echinacea is difficult to determine.

Rasmussen points out that Kiwiherb Echinacea – Children’s Strength (which the regulator says must be overlabelled with warning statements against use in children until a product licence is granted with age-range restriction guidance, as a result of the company’s current applications in both countries under the THR scheme) is a product made using dried root only of echinacea purpurea. Given that the root of Echinacea purpurea was more traditionally used as a medicine by indigenous North American communities than aerial parts of this plant, Phytomed’s view is that its root only-based product is more in line with traditional and safe usage than products made using aerial plant parts.

Phytomed has maintained an Adverse Reactions Reporting system for Kiwiherb Children’s Echinacea since it was first sold in 2003, and no reports of adverse effects to this product have been received since that time. The company suggests that allergic reactions are more likely with products containing aerial parts rather than the more traditionally used root of Echinacea, possibly due to the presence of allergenic pollens and other constituents in flowering plant tops, not present or found in lower levels in the root.

Rasmussen adds: “Children with a history of atopic skin reactions, or sensitivities to the Asteraceae (Compositae) plant family, are probably more at risk from such reactions. Data and references cited as part of the HMPC Assessment report on Echinacea purpurea radix (root) concerning allergic skin reactions through use of products based entirely on aerial flowering parts of this phytomedicine, should not be extrapolated to products made entirely from the root. The relative paucity of adverse effects reported to date to national reporting centres in 4 countries where echinacea is one of the most popular herbs used by consumers, and has been widely consumed by children, would suggest that such adverse events appear to be extremely rare.”

• Speaking to Natural Products, Phil Rasmussen expressed his concern at the recent turn of events: “The UK regulators are subject to conflicting pressures. Unfortunately, what we are seeing here is apples being compared to pears – the fact is that the root and aerial part of the Echinacea plant vary enormously phytochemically. Very importantly, the aerial part of the flowering plant contains pollen – an obvious potential trigger for allergic reaction.

“But you also need to remember that you can get an allergic reaction from almost anything. So you would expect the regulator to make a full scientific assessment of the risks before limiting use of this valuable herb in children.”

Rasmussen contrasts the approach taken by the regulator in Australia, the TGA: “They have 30 years’ experience in regulating herbals. Many medicinal products are restricted to under 2s, but there is no restriction on giving Echinacea to children over this age provided the claims made for the product at the recommended dosage are able to be supported. That seems to me to be more sensible and proportionate guidance. My sense is that in Britain the regulator is under pressure to police the THR scheme – and, in this instance, this has led to error.”

Click here to read Phil Rassmussen’s review  ‘Safety of Echinacea in Children: A Review of the Evidence‘