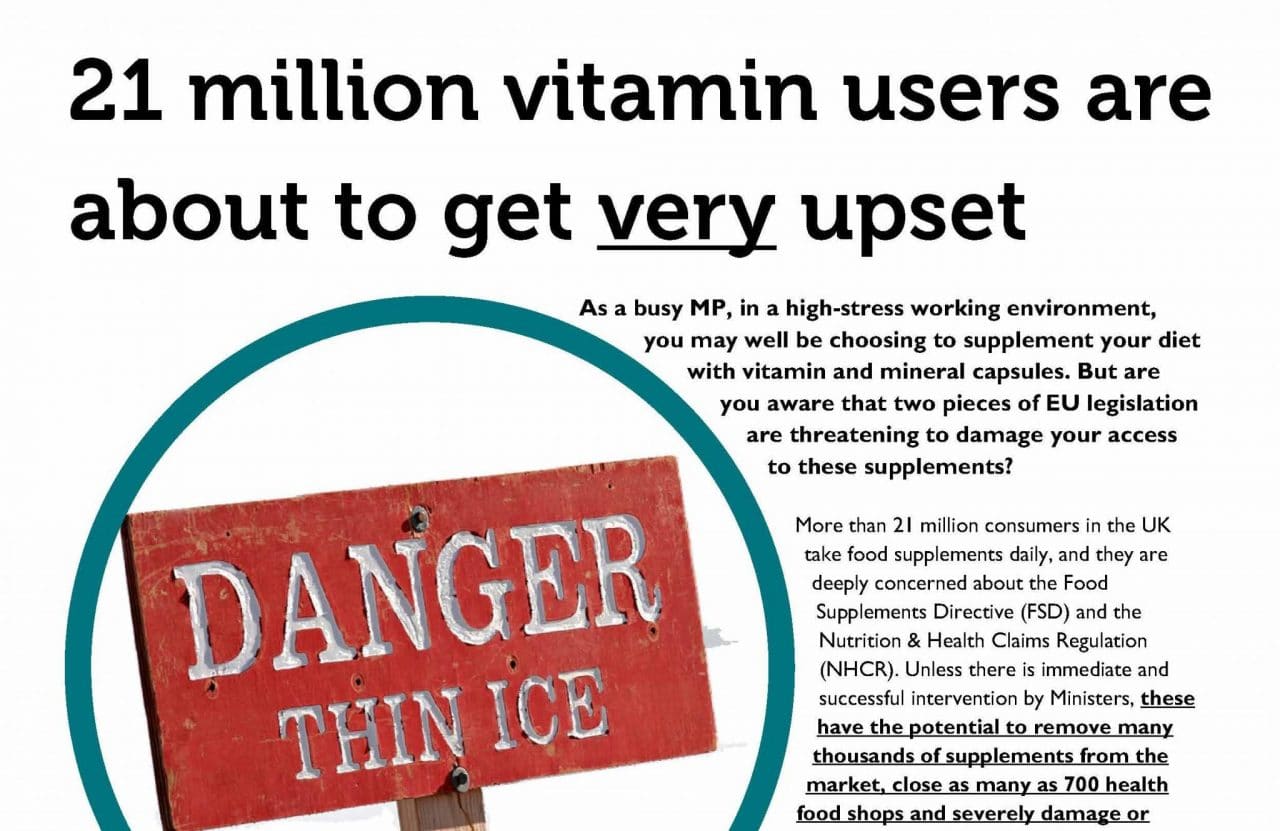 Consumers for Health Choice (CHC) has placed a full page advertisement in The House Magazine, the official ‘trade mag’ for MPs and members of the House of Lords.

The ad warns MPs that 21 million consumers in the UK could lose thousands of their favourite, and relied upon, supplements as a result of restrictive and scientifically arbitrary legislation from Brussels. Coinciding with this, the Health Food Manufacturers Association (HFMA) has sent a letter to the Prime Minister pointing out some examples of how European legislation is crippling growth and endangering jobs.

The ad, made possible by the support of HFMA member company Viridian Nutrition, appeared in the 12 January edition of the magazine, which also featured an exclusive interview the Prime Minister. 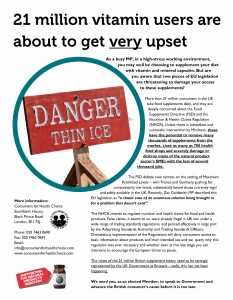 Commenting, CHC director Sue Croft, said: “The issue of maximum levels has been creeping steadily up the Commission’s agenda. It is under huge pressure from countries like France and Germany to set levels soon, and set them low. We need to start seeing action from those people who were elected into positions of power and responsibility. They can’t sit around on their hands any longer. This is not something on the horizon, it’s happening now.”