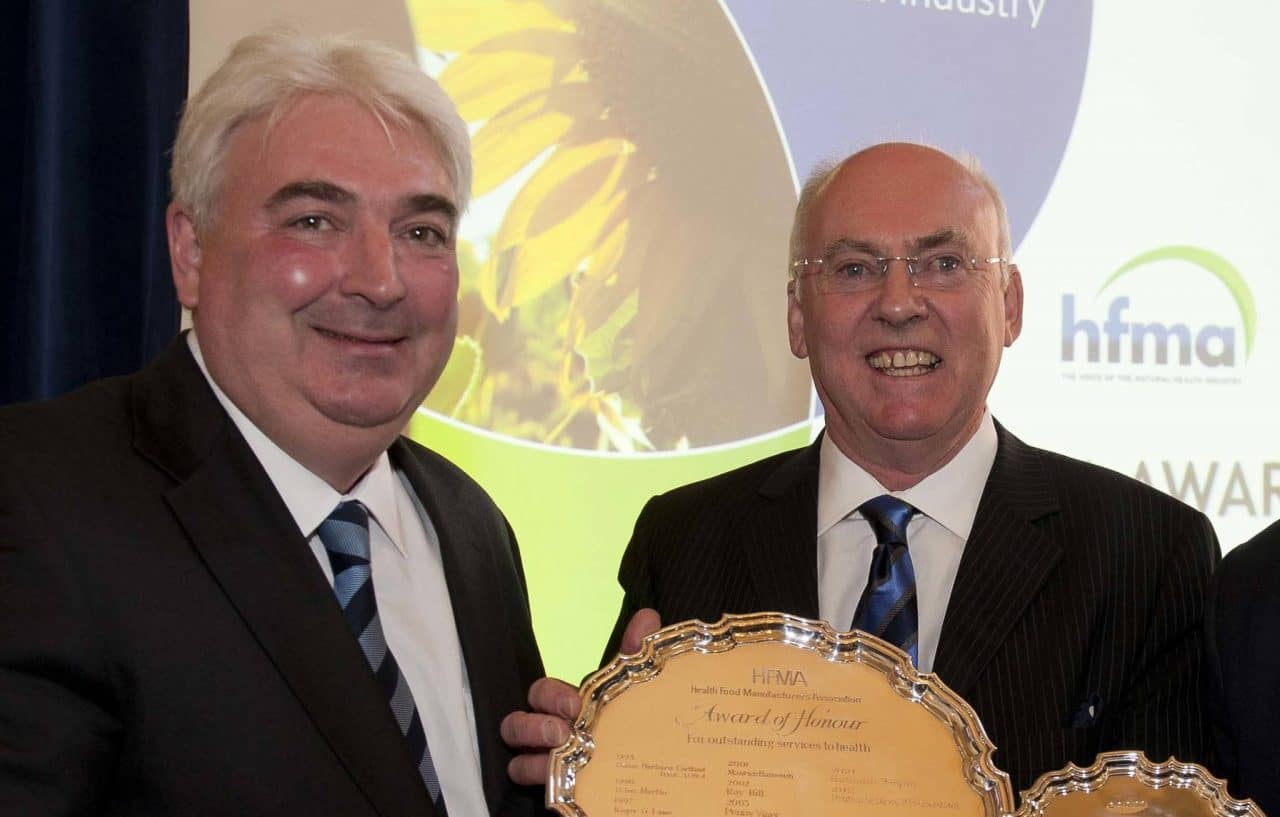 The Health Food Manufacturers’ Association (HFMA) has announced Professor David Richardson as the winner of this year’s Maurice Hanssen Award of Honour, at Natural & Organic Products Europe on 2 April.

The accolade has been awarded to Richardson for his dedication and commitment to the industry throughout his academic and professional life which spans years of study, research and advisory roles.

Richardson is currently managing director of specialist consultancy in nutrition and food science, DPR Nutrition Ltd.  He also holds visiting professorships at the Universities of Newcastle and Reading.

Beginning his career as a lecturer in human nutrition, he has masters from Queen Elizabeth College, London University. He was later appointed Industrial Research Fellow in the Department of Food Science and Nutrition at the Massachusetts Institute of Technology (MIT). He then joined the food industry,  enjoying a 20-year career with Nestlé UK Ltd, ultimately becoming Group Chief Scientist.

From 1985 to 2000, he was a member of the UK Committee on Medical Aspects of Food Policy (COMA). In 2003, he chaired a section of an EU Concerted Action Programme Group (PASSCLAIM) to develop a process for the scientific substantiation of health claims, and he was formerly on the Council of the UK Joint Health Claims Initiative (JHCI).

Throughout his time in the food and the food supplements industry, David Richardson has tried to build bridges between academia and industry, stimulating a 2-way flow of information through encouraging industry-sponsored university research projects and also making academic colleagues aware of the needs of industry and regulatory developments that impinge upon them.

HFMA Chairman Martin Last commented: “It was a great honour to be able to present Professor Richardson with the Maurice Hanssen Award of Honour, which recognises commitment and years of hard work dedicated to our industry. David is a well deserved recipient of this award and he joins a list of great names that have received this award over the years.”

Richardson commented: “I really do appreciate the HFMA’s Award of Honour, particularly as it carries the name of Maurice Hanssen. I have had marvellous times working together with people in the food supplements industry, and I was very fortunate in having so many good teachers and mentors over the years.”